Members of the Windsor Police Pipe Band stride onto the Glengarry Games competition field, during the afternoon massed pipe bands demonstration, precursor to that evening's championship. The 69th annual Games wrapped up July 30, 2016.

Below, ‪‬ pipers galore strutted their stuff Saturday at the Glengarry Highland Games. Here’s some video of the massed pipe bands demonstration that afternoon, precursor to the evening competition that was the grand finale for the 69th annual Games.

Footrace fun!
A wee touch of drama unfolded (below) during the five-year-olds’ 60-meter dash, Saturday at the 2016 Glengarry Highland Games. Notice the sudden incursion from the sidelines!

In one of numerous shows of strength during the Games, the heavyweight professional sheaf toss competitors had the audience transfixed on the playing field (below). 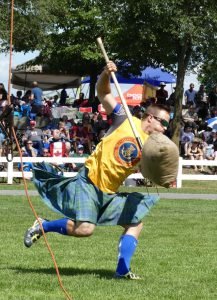 Matthew Doherty of Nova Scotia takes his best shot at the bar 30 feet above him, in the sheaf toss (above and below). 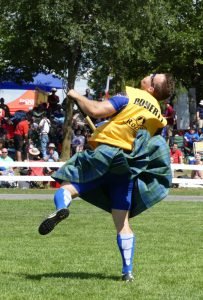 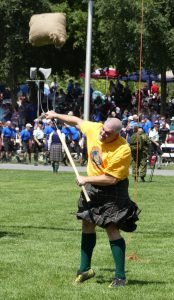 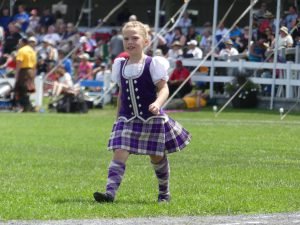 One of the many highland dancers who circled the field during Saturday’s opening ceremonies. 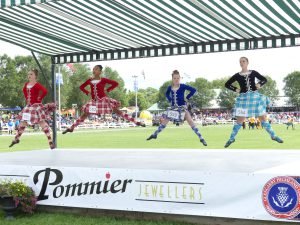 Performers in the highland dancing competition appear suspended during a mid-air jump.