In a preview of next year’s 150th anniversary fair — coinciding with Canada’s 2017 Sesquicentennial year — Saturday’s official start featured a walk-through evolution of the national flag since 1867.

Each version of the flag was carried past the grandstand by a local individual in the appropriate costume of the period. That included South Stormont Deputy Mayor Tammy Hart — dressed as Canada’s first female parliamentarian, Agnes Macphail, and bearing an early version of the Red Ensign — and Councillor David Smith, in hippy costume while holding aloft today’s 1965 flag.

Hart also took her character to the VIP stage, where she joined other local dignitaries, among them Stormont County’s Queen of the Furrow Alyssa Waldroff and Stormont County Agricultural Society President Dave Zummach.

“I can only think of the past, and all the hard-working [fair] volunteers, men and women, such as Russell Presley who just recently passed away,” said Hart, leading a moment of silence for the late World War II veteran from Finch. The deputy mayor went on to challenge North Stormont Township to a best-decorated parade float at next year’s fair  — directing the comment to Councillor François Landry who was representing North Stormont Mayor Dennis Fife. “Frank … are you up for that challenge, dear?”

The fair continues today (Sunday, Sept. 4), with one of many highlights being the baby show at noon; registration for that begins at 11 a.m. The fair runs through Labour Day, tomorrow. 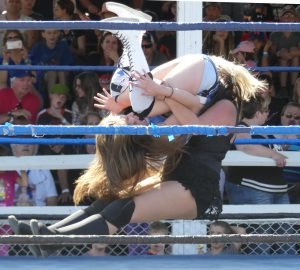 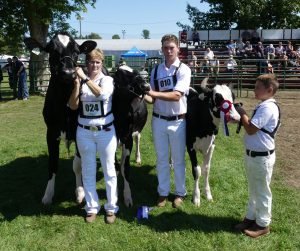 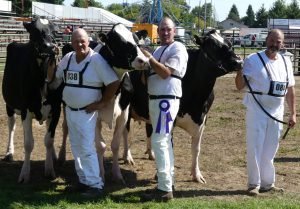 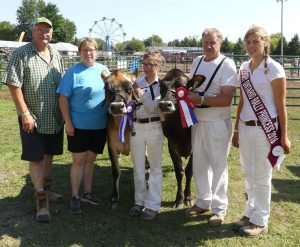 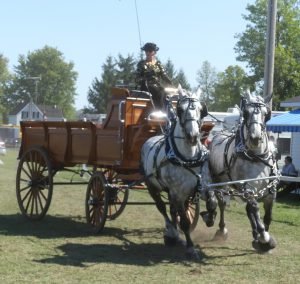 Mary Spratt and her team are shown leaving the ring after she placed second in her class, Saturday at the Stormont County Fair. Zandbergen photo, Nation Valley News 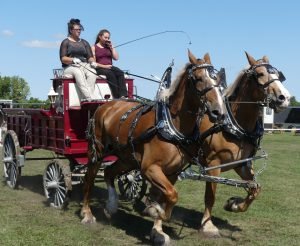 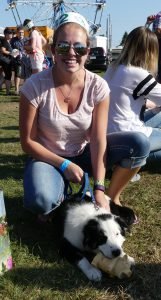 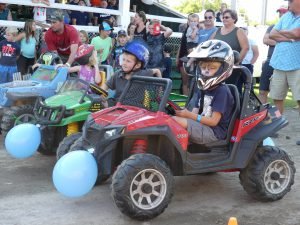