MAPLE RIDGE — Pledges and donations ran about $1,700 ahead of last year’s total for the Terry Fox Run in North Dundas, Sunday. 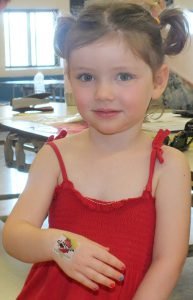 Terry Fox tattoos were popular with the younger set. Adele Mills, 3, of Ottawa, member of the Dixon family team, proudly sports one on the back of her hand. Zandbergen photo, Nation Valley News

Those participating in the 35th annual local edition, organized by the Chesterville and District Rotary Club at North Dundas District High School, raised a total of $10,968 for the cause, up from $9,233 in 2015.

Over many, many kilometers, local walkers, runners and cyclists have now contributed approximately $230,000 to the Terry Fox Foundation, during the last 35 years of holding the event at the Maple Ridge site.

Charles Grey of Chesterville was the top individual pledge collector, generating over $1,000 as he walked the 10 km course in an orange safety vest. In all, 60 participants pedalled, walked and ran this year, while 14 Rotarians assisted to ensure things ran smoothly with registration and checkpoints along the way. 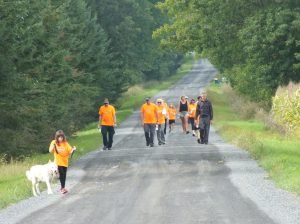 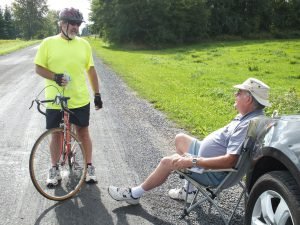 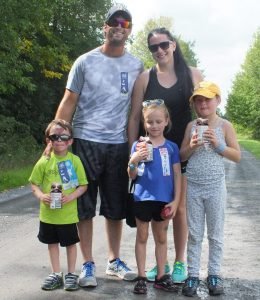