Established in 1962 by Gerrit and Johanna Westervelt, Westergreen Farm — an English play on the family’s Dutch surname — is located in Brinston.

Farmer of the Year 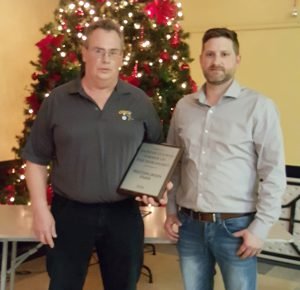 Westergreen Farm’s John Westervelt receives the DSCIA’s 2016 Farmer of the Year Award, on behalf of the Brinston-area operation, from Mike Roosendaal. Courtesy photo by Elaine Duke

The family-run operation started with seven milking cows.  Three of their sons, Gerald, John and Martin eventually took over the farm when their parents retired.  The brothers continued to grow the business, and when Gerald passed away in 2012, his wife, Pamela, continued farming with John and Martin.  Christopher, who graduated from the Agriculture program at Ridgetown College in the spring of 2016, works full time at Westergreen.  John Geurkink, an uncle of Martin and John, helps with the  field work in the spring, summer and fall.  And younger children of all three families help out at chore time every day.

The Westervelts own 668 acres and lease 87 acres of farmland.  Approximately half of their land base is in corn, and the remaining half is hay and soybean production.  Five hundred and twenty-five acres is used to grow crops for the cattle, employing minimal tillage methods.

Today, the milking herd consists of 105 Holsteins with 90 to 95 animals milking three times a day using two milking robots to produce Omega-3 milk. The robots were installed in their freestall barn during the summer of 2012, and the set-up was updated with a Herd Navigator system the following year.  The system checks milk samples on the fly to identify any cows needing special attention.  Already an extremely well managed herd with high production, the Westervelt cows are constantly monitored for estrus, ketosis and mastitis.  The herd BCA is ranks very high at 239-258-251.

Any visitor to Westergreen Farm is overwhelmed with the family’s pride and immaculate farmstead.   The Westervelts are a hard working farm family, progressive, innovative and very successful. 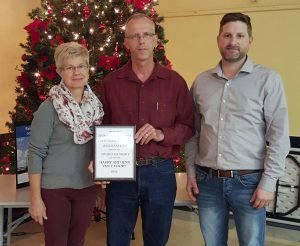 Harry (centre) and Iena Van’t Foort — the “H and I” in H & I Country Supply. The Brinston agribusiness was the winner of this year’s Award of Merit from the Dundas Soil and Crop Improvement Association (DSCIA). Also appearing is the DSCIA’s Mike Roosendaal.

Back in 1994, Harry and Iena Van’t Foort purchased the co-op store in Brinston, renaming it H & I Country Supply. Both growing up on dairy farms, Harry worked for three co-op stores and Iena in nursing. The store was completely rebuilt in 1996 and expanded two years later. In 2010, the business added a storage shed for seed across the road.

Their three children helped out as necessary and now their son, Greg, has joined as a partner.

Today the store has a Purina Feed dealership and also sells Pride Seeds. The shelves are stocked with anything that farmers and rural people could need.

For the last 22 ½ years, the Van’t Foort Family has served the community with honesty and integrity. To quote Harry, “We have really felt blessed working in the Brinston area and believe our loyal customers to be second to none.

Innovative Farmer of the Year 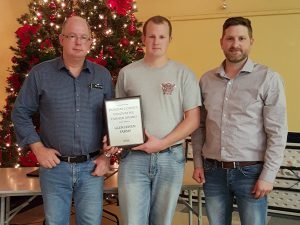 In November 2016, a new freestall barn went up to house the milking herd.  The new barn features two milking robots, tunnel ventilation and a completely automatic feeding system travelling the barn hourly to push up feed and simultaneously measure feed height to determine when to feed again.  It usually feeds five to six times daily.  Feed is stored in three 20-by-90-foot harvestore silos.  The new barn also features better lighting.  After moving the herd into the new barn, production has increased approximately 10 kgs per cow with 3 ½ average milkings per day.

Corn, soy, wheat and alfalfa are rotated and planted with minimal tillage.  Half of the bean acres are sold as seed beans.  In 2010 the farm’s drying setup was modernized with increased wet and dry storage and larger capacity legs to handle crops faster and safer.

Glen Haven Farms are also seed dealers for Dekalb Brand Seeds, providing the owners a lot of agronomic training over the years.  Also, listening to their customers, picking up their ideas, bringing that information home and in turn sharing with neighbours has been a formula for the MacGregors’ success. 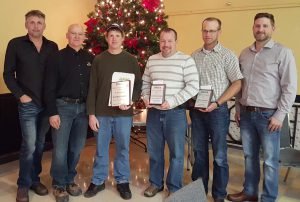 Bycrest Farms of Williamsburg (Steven and Andrew Byvelds) clocked in with the highest corn yield of 2016, at 245.67 bushels per acre, with Vanden Bosch Farms of Chesterville and Tibben Farms of Brinston placing second and third, at 224.48 and 223.5 bushels per acre.

Brent Vanden Bosch told Nation Valley News that crop yields, despite last summer’s dry conditions,  turned out “a lot better than what everybody expected.” He attributed that to some well-timed rains near the end of the growing season.

Not only were yields at least average, “there was no quality issues at all this year,” he said. “It just goes to prove you don’t need rain to grow a crop,” he joked.

As for the hay crop of 2016, “quality was also great, there just wasn’t a lot of it,” noted Vanden Bosch, adding many hay growers managed to get a good fourth cut to bolster their forage supply. 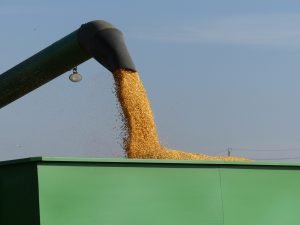 “If you had asked me in August, I would have thought I’d be luck to get 145 bushels bushels per acre,” said Steven Byvelds. The season turned out “a lot better than we all thought it would,” he said, echoing Vanden Bosch.

Judged by the DSCIA as this year’s “forage masters” — based on the quality of their hay crops — were: (first) Westergreen Farm (John, Martin and Pam Westervelt); (second) Bergridge Farm (Brian and Liz Vandenberg); and (third) Fredwill Farms (Albert, Andrew and James Harbers). 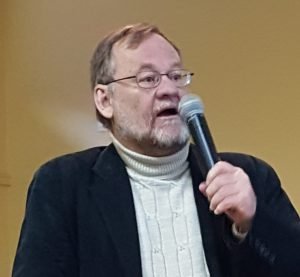 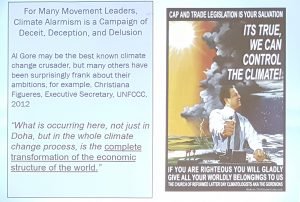 A slide from author Michael Hart’s presentation to the Dundas Soil and Crop Improvement Association. Courtesy photo by Elaine Duke

Come home for the holidays to Garden Villa Retirement Residence, where the friendly Care Partners and Residents wish you a very Merry Christmas and a Happy New Year.