Long-time member Stan Vanden Bosch announced the figure at the Club’s Dec. 19 Christmas banquet. This year’s project “was far more successful than anyone expected in August with all the dry weather,” observed Vanden Bosch, who delivered the cheque to Club president Joe Cass. 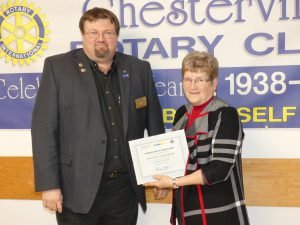 Each year, three Chesterville-area landowners contribute a combined 18 acres to the project — Dawna Whitehead, Frank Heerkens, and April and Craig Wheeler. Seed comes courtesy of Pioneer Hi-Bred and Fife Agricultural Services while Vanden Bosch Elevators spearheads the collective effort, handling the planting and harvesting of the crop. “With all the people contributing, it’s been a fairly profitable project,” said Vanden Bosch.

The annual banquet also includes not only current Rotarians but also several individuals and business owners who help various Club initiatives through the year.

Vanden Bosch also gave an update on the Chesterville Christmas light project, reporting that local manufacturing firm Industrial Stainless was about to finish a final “Merry Christmas” sign slated to go on the east wall of the village community wall. (That lit-up sign is now complete but awaits future installation on the building.) The Club passed a motion that aims to ensure the Industrial Stainless proprietors are paid as soon as possible for their work.

Ken Durand Jr., area governor, also attended that evening’s session at the Nelson LaPrade Centre. Accompanied by his son, the area governor offered greetings on behalf of District 7040 Governor Nabil Oudeh and delivered a certificate of appreciation to Stan and Betty Vanden Bosch.  Signed by Past District Governor Claude LaLiberté, the framed document recognizes the Vanden Bosches for assisting LaLiberté when he locked his keys in his car during his official visit to Chesterville as district governor last year.

“Stan started hitting that phone, and he found somebody that came and … unlocked that car,” recalled Durand of the evening mini-crisis that unfolded at the time. 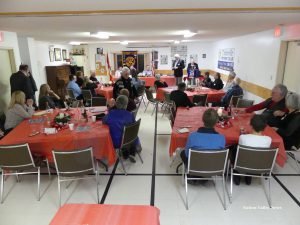 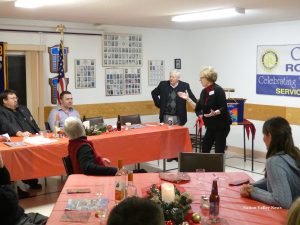 Ruth Gilroy (right) addresses the area governor during the “Happy Dollars” portion of the meeting, when members give some money and say what’s making them happy at the moment. Zandbergen photo, Nation Valley News

Watch as Chesterville Rotary Club President Joe Cass closes the Dec. 19 meeting in the same way sessions have started and ended since 1938 — by ringing the Club chimes. 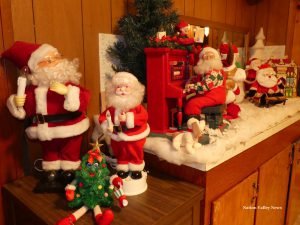 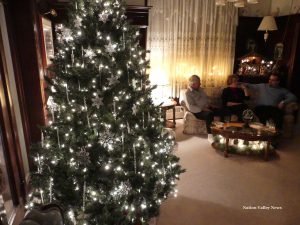 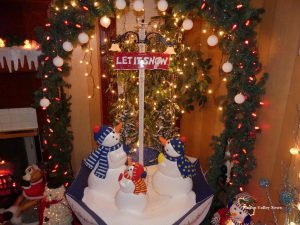