WINCHESTER — The Dundas County Youth Group emerged with over $2,000 in cold cash at the organization’s third annual ‘Freezin’ for a Reason’ fundraiser.

Group coordinator Kaitlin Herfkens delivered the play by play as the action got underway. Noticeably absent from the jumping platform this year, Herfkens — being six months pregnant — lined up husband Tony and stepson Mitchell, 5, to make the chilly splash in her place. The duo raised $210.

Eighty-year-old David Taylor, not to be confused with Marilyn Monroe in blonde wig and fire-engine-red dress, brought in the most money at $560. Abby DeJong, in Grade 6 at Winchester Public school, was recognized as wearing the most outrageous costume. 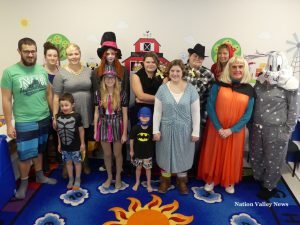 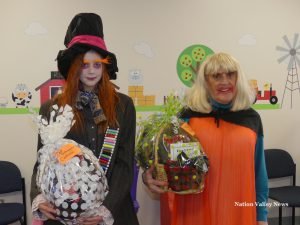 Abby DeJong, 11, winner of the most outrageous costume award, and David Taylor, 80, top fundraiser at this year’s Freezin’ for a Reason. Zandbergen photo, Nation Valley News 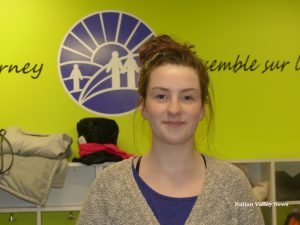