CHESTERVILLE — The village’s annual Winter Carnival — dubbed the ‘Snowflake Carnival’ in keeping with new LED snowflake lights around the village — kept the Chesterville Legion and Chesterville Arena hopping with activity on the weekend.

With the final evening winding down Sunday, just as a snowstorm was depositing no shortage of snowflakes outside, key organizer Shelley McLeod, one of a small cadre of volunteers behind the annual event, sat a table looking tired but satisfied. McLeod said she was happy with the outcome of the 2017 Carnival but also “happy it’s over.”

The popular Saturday morning breakfast, put on by the Chesterville Firefighters, was sold out, she said, as was the United Church ham-and-scalloped potatoes dinner that evening.

“The darts tournament had 12 teams and euchre was full,” she also noted.

Over at the arena, the 3-on-3 hockey tournament drew 100 competing children — down a bit from last year, she acknowledged.

Sunday evening’s spaghetti supper saw a changing of the guard, with Chesterville Public School’s parent council filling in to replace St. Mary’s School at the pasta post this year.

A highlight of Saturday morning’s fun was the crowning of the Prince and Princess Snowflake. Four-week-old Connor Chambers and seven-month-old Hattie Potestio won those respective honours.

This year’s featured Carnival button was designed by Chickadilly Studio of Chesterville. Each came with a number with a chance to win a draw. Button numbers 149, 62 and 137 won $50 apiece.

Some of the fun at the Chesterville Snowflake Carnival. Zandbergen video, Nation Valley News 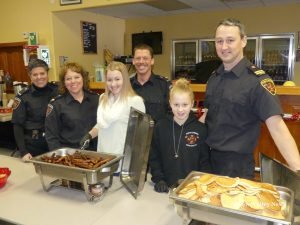 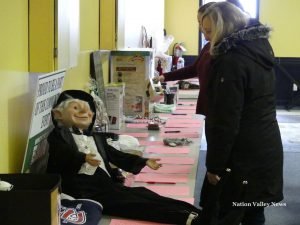 The silent auction drew plenty of attention, with this donated elf from Winchester BMR reaching out for bids. Zandbergen photo, Nation Valley News 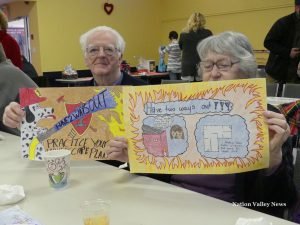 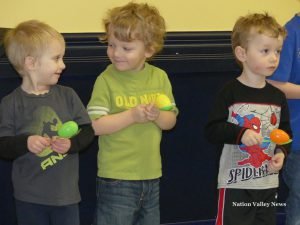 The fun and games included a plastic egg race for the younger set. These three certainly enjoyed it. Zandbergen photo, Nation Valley News 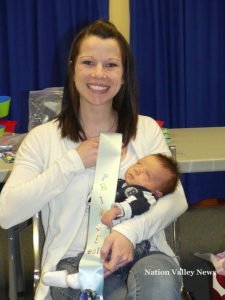 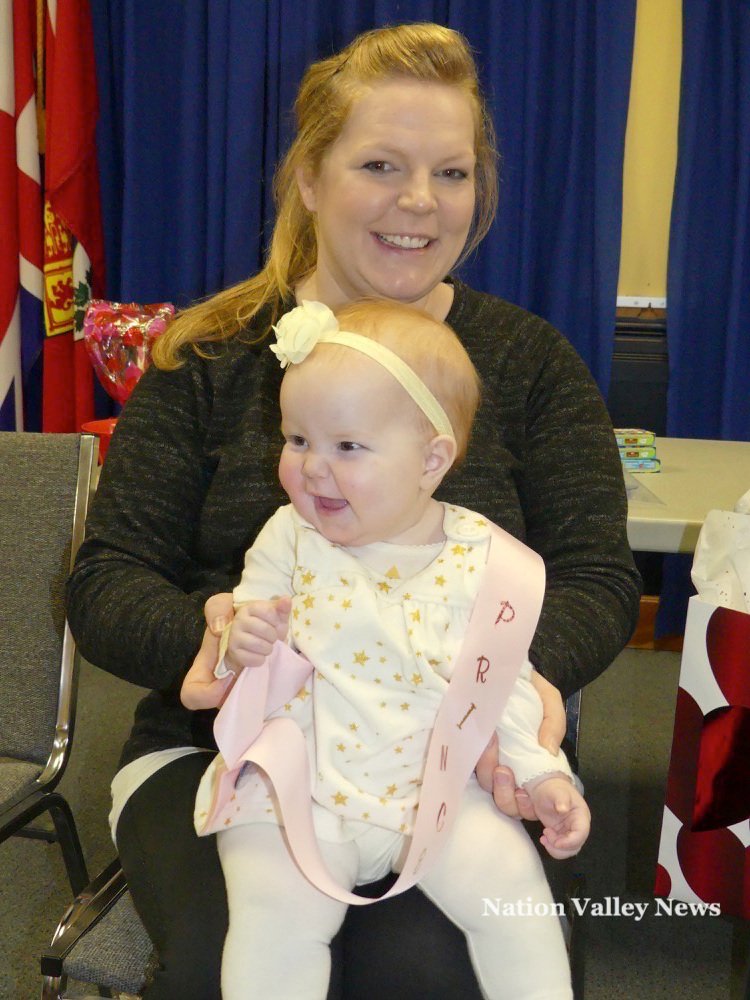 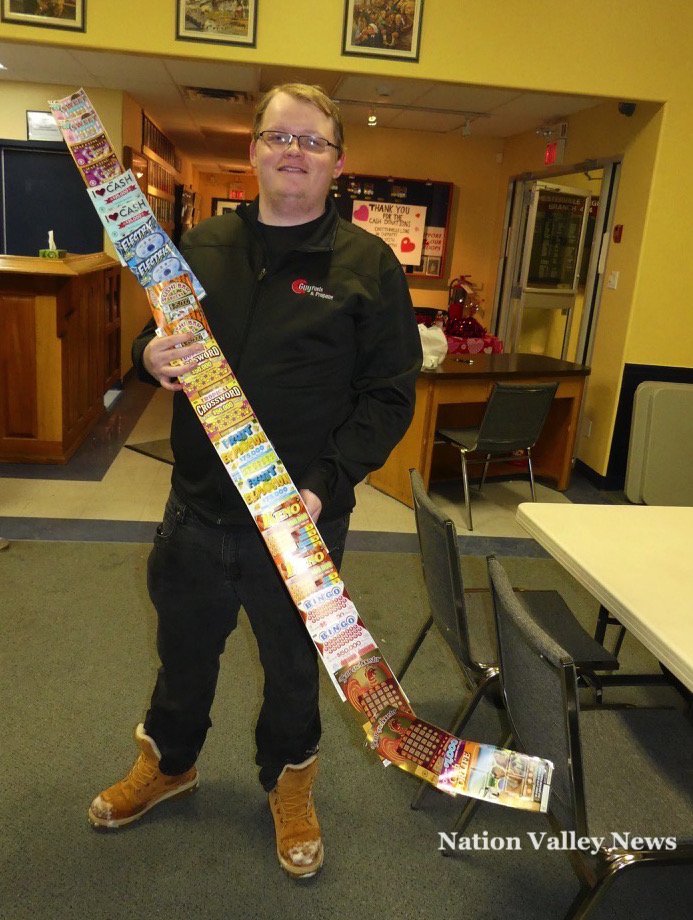 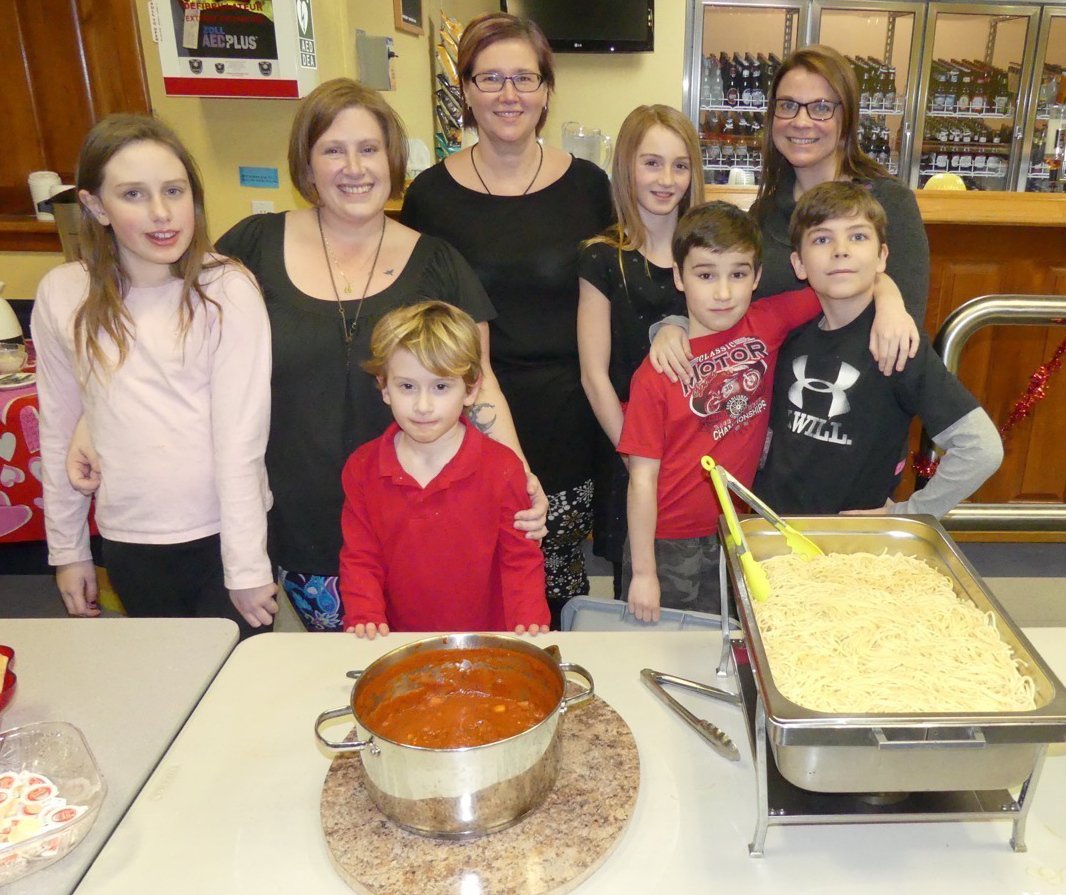 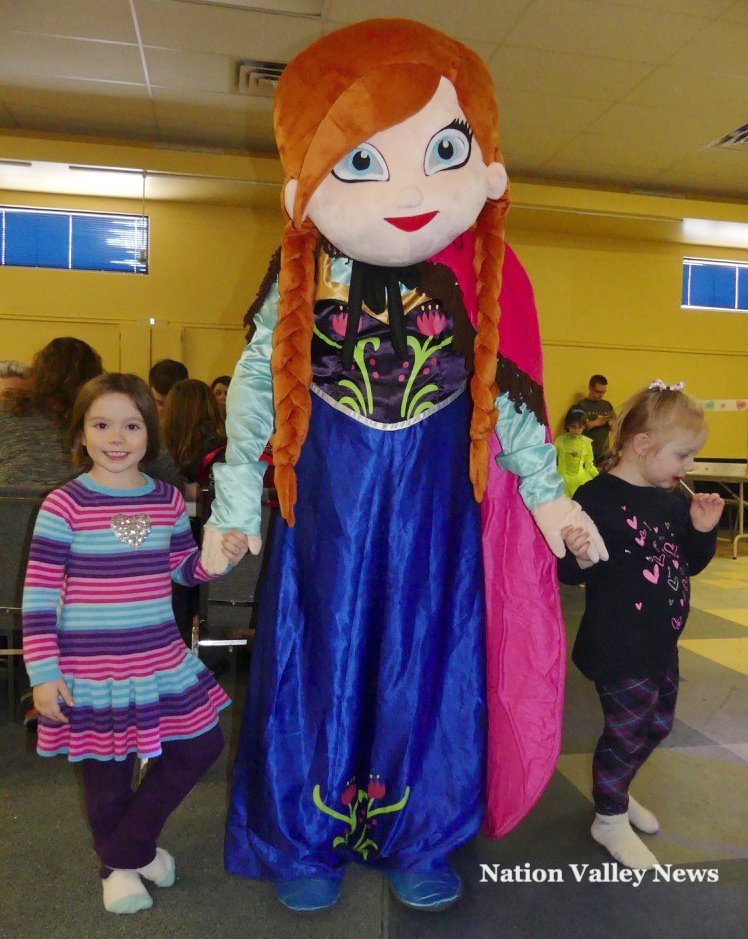 Eden Desormeaux, 5 (left) was among the many youngsters enjoying the characters at the Sunday kids’ dance. Zandbergen photo, Nation Valley News 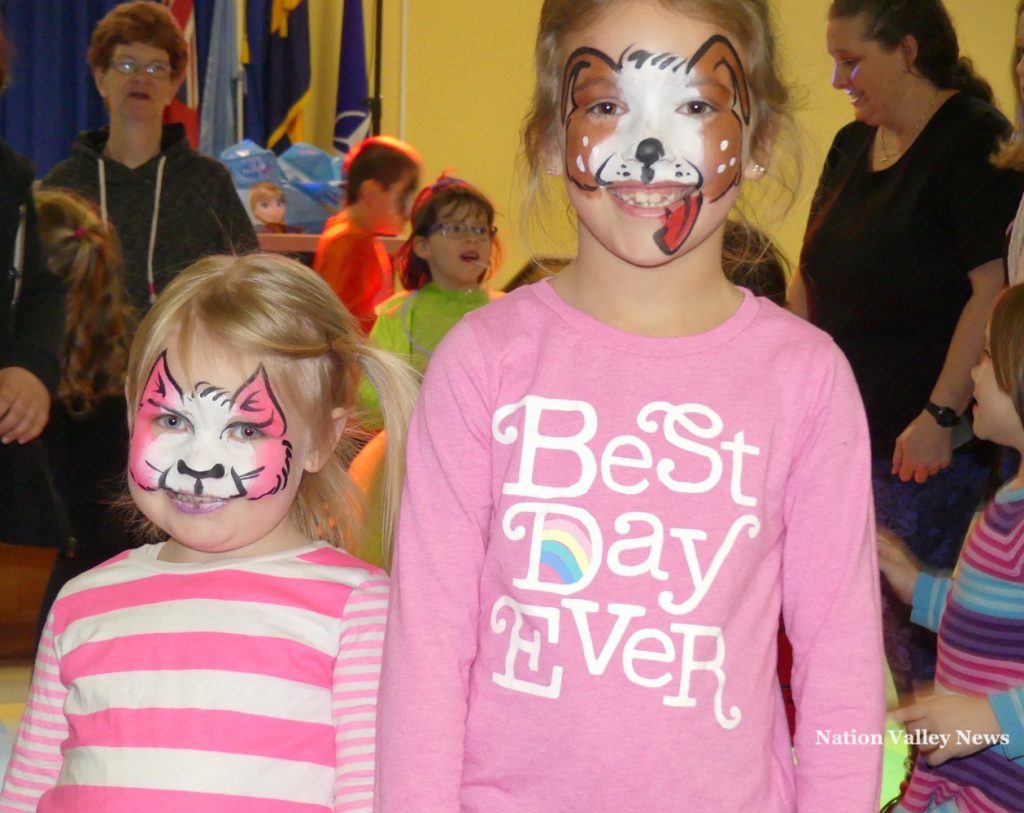 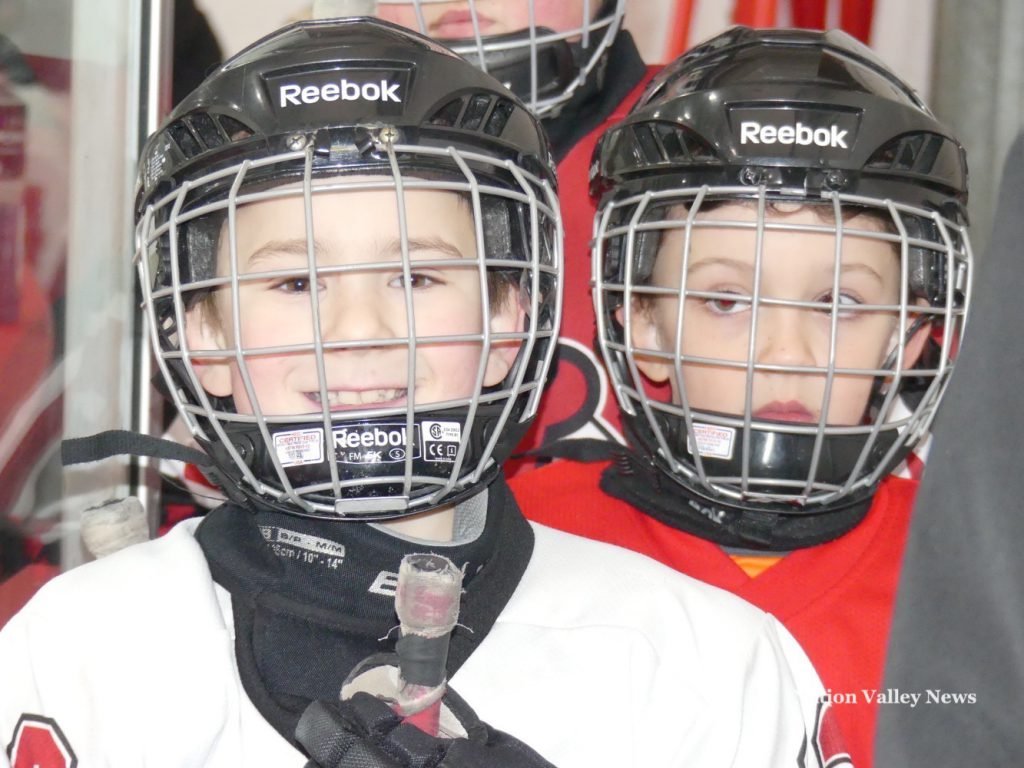 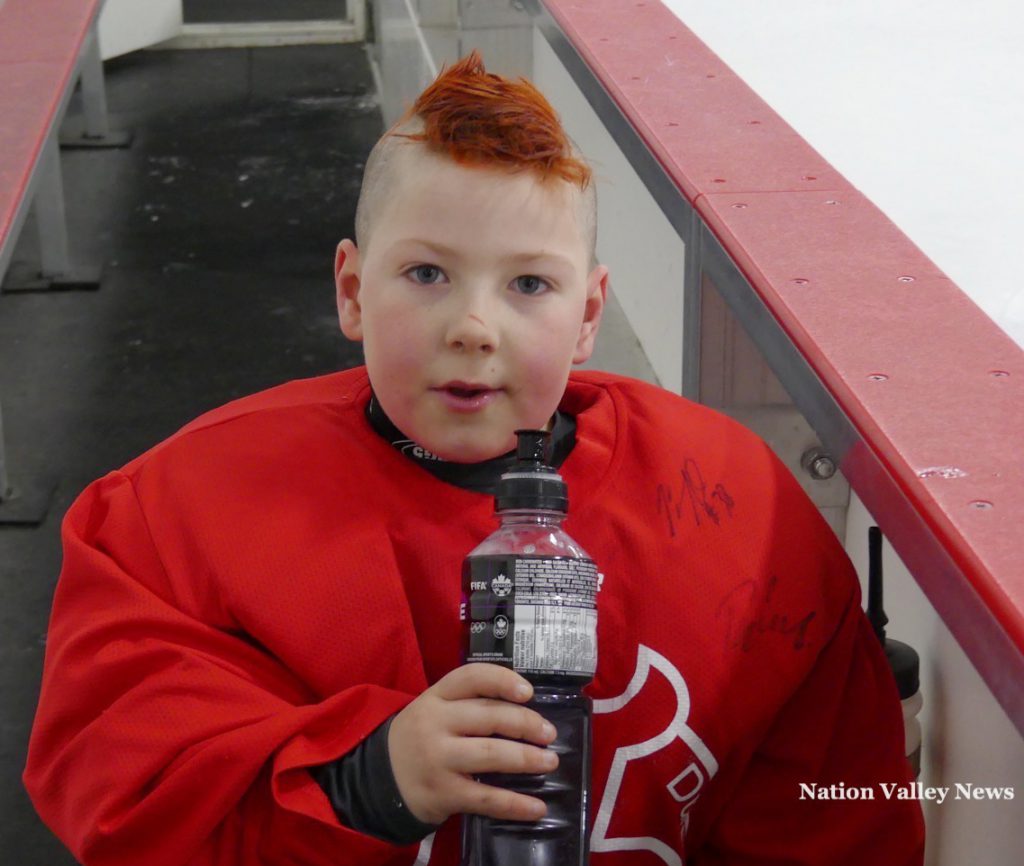 A goalie takes a break between games in the 3-on-3 tourney. Zandbergen photo, Nation Valley News 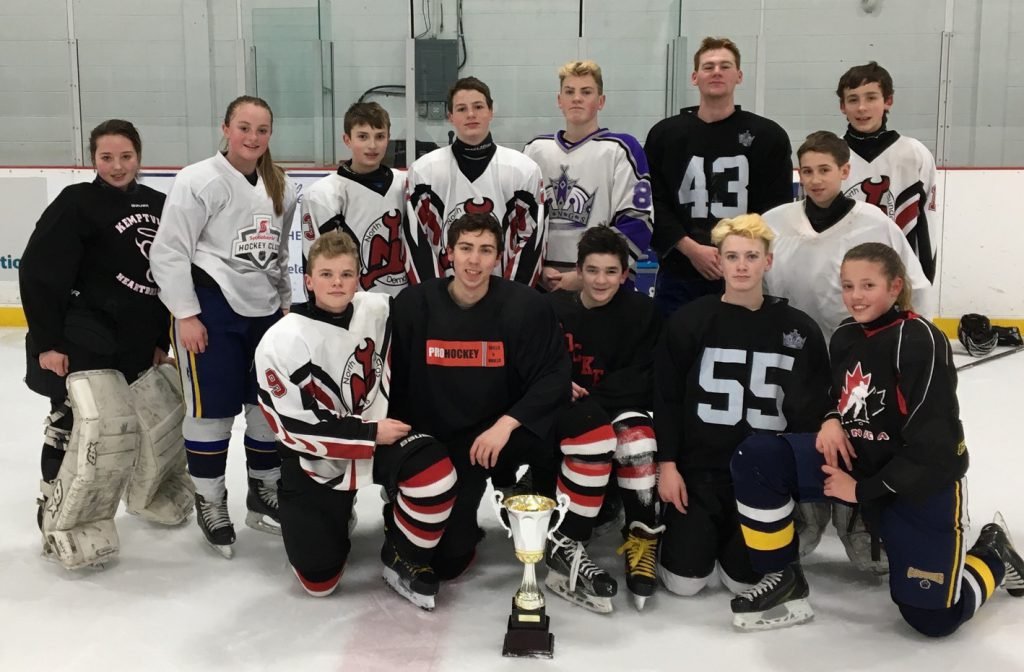 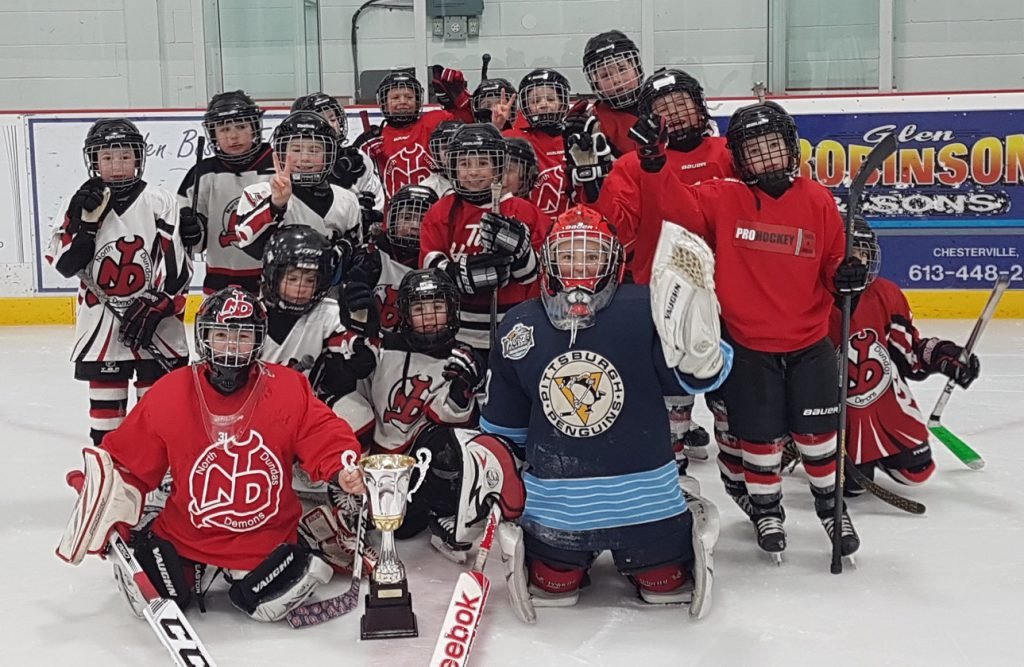 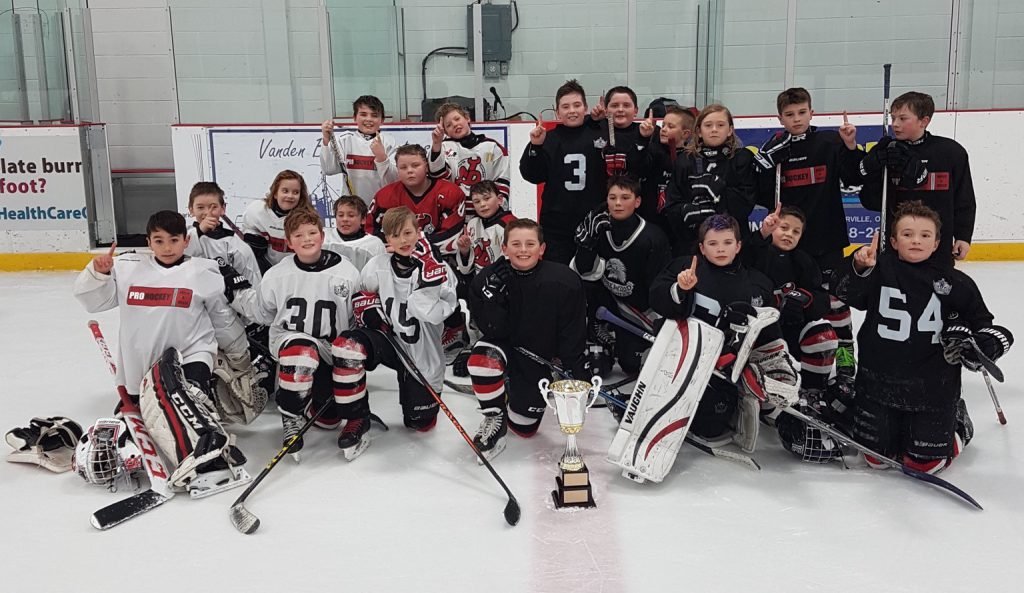 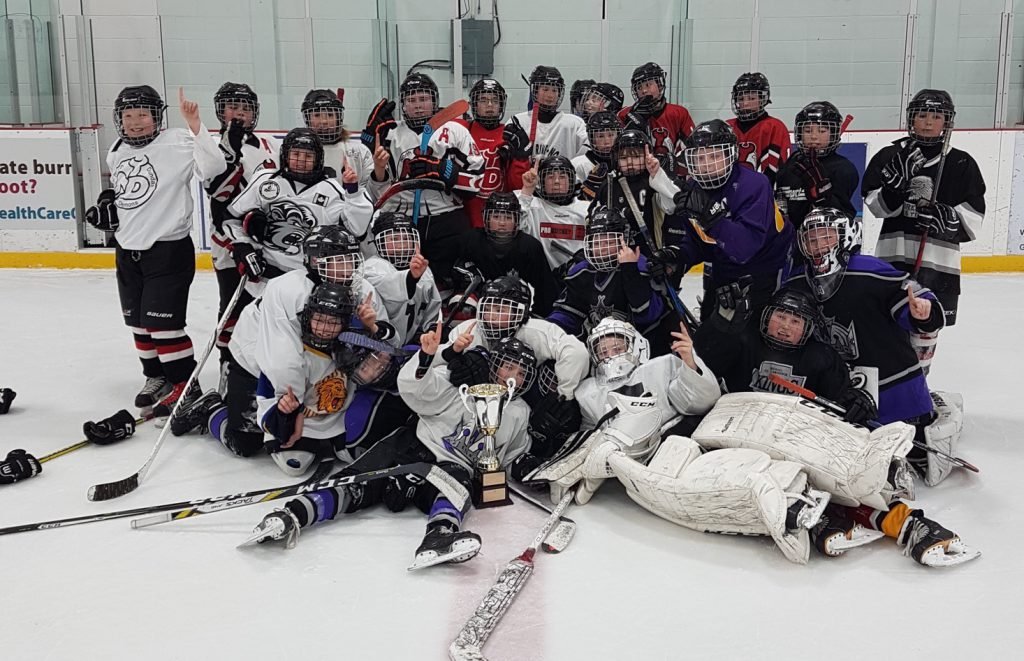