INKERMAN — The second annual Inkerman Winter Classic carnival thrived over the weekend’s mild conditions — even if that warmth took the natural ice surface out of commission for much of the time.

Vehicles lined the street up to the rink site. Children enjoyed outdoor games on the pavement, a snow sculpture contest that put all that melting white stuff to excellent use, and legendary Inkerman Rockets alumni Percy Armstrong autographed pucks inside the rink shack.

The ‘Winter Classic’ name for the carnival plays up the hamlet’s hockey history in the mid-20th century, when tiny Inkerman was home to a hockey team with a big reputation — the Rockets.

The 3-on-3 hockey tournament began on skates and wound up on boots, Saturday, then off the slushy ice altogether.

“We came all the way from Kingston for the carnival,” said a visitor. “I’m very impressed, and it’s awesome weather.”

Margot Guy was named carnival princess for the second year in a row. 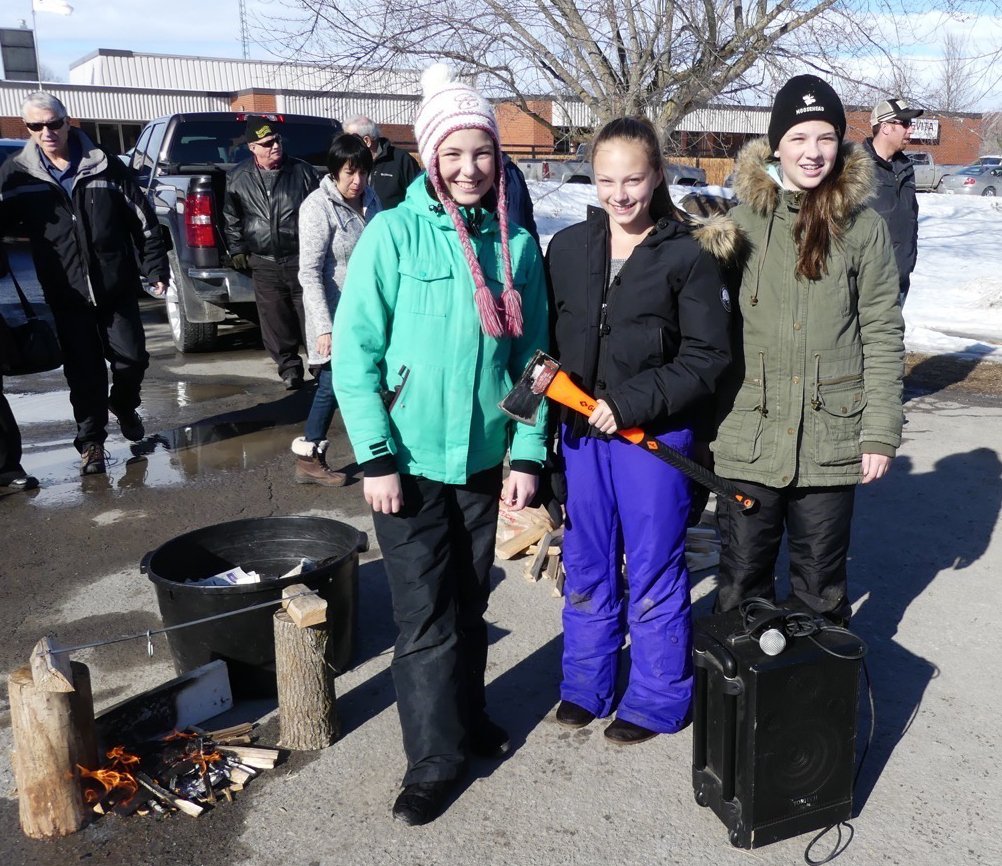 From left: Margot Guy, Emily Ryan and Ashley Wasylko-Fletcher, all 13 years old, who won the water-boiling contest in the woodsmen events. The trio built a fire and brought a gallon of water to a boil in the fastest time. Zandbergen photo, Nation Valley News 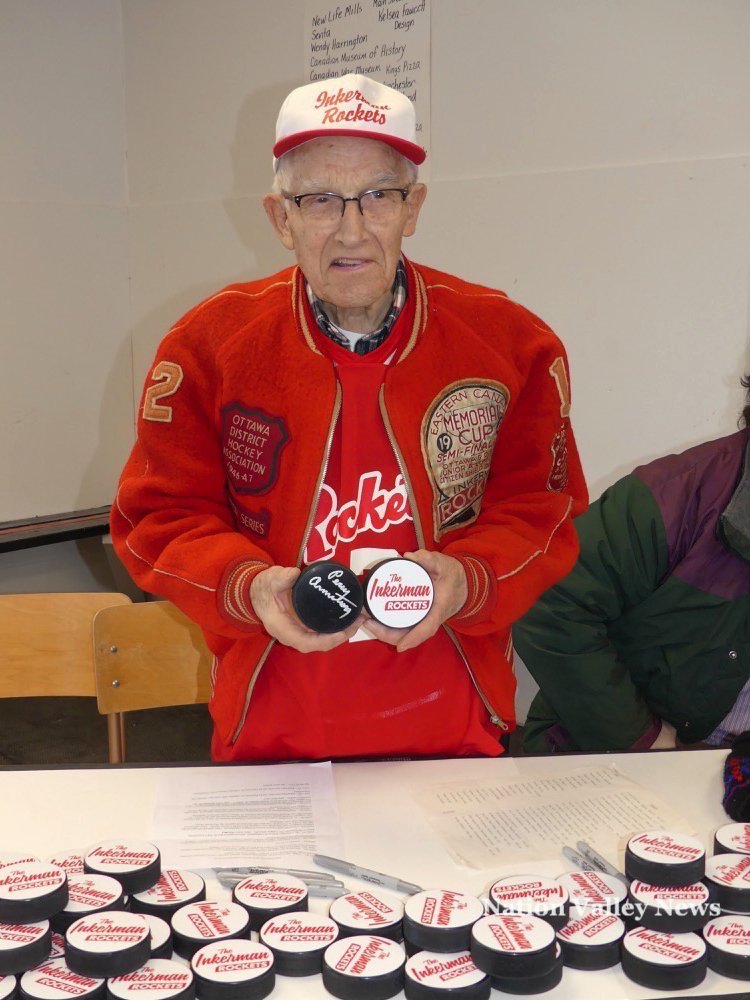 Percy Armstrong, 87, member of the Inkerman Rockets during the 1940s, autographed pucks during the carnival. Zandbergen photo, Nation Valley News 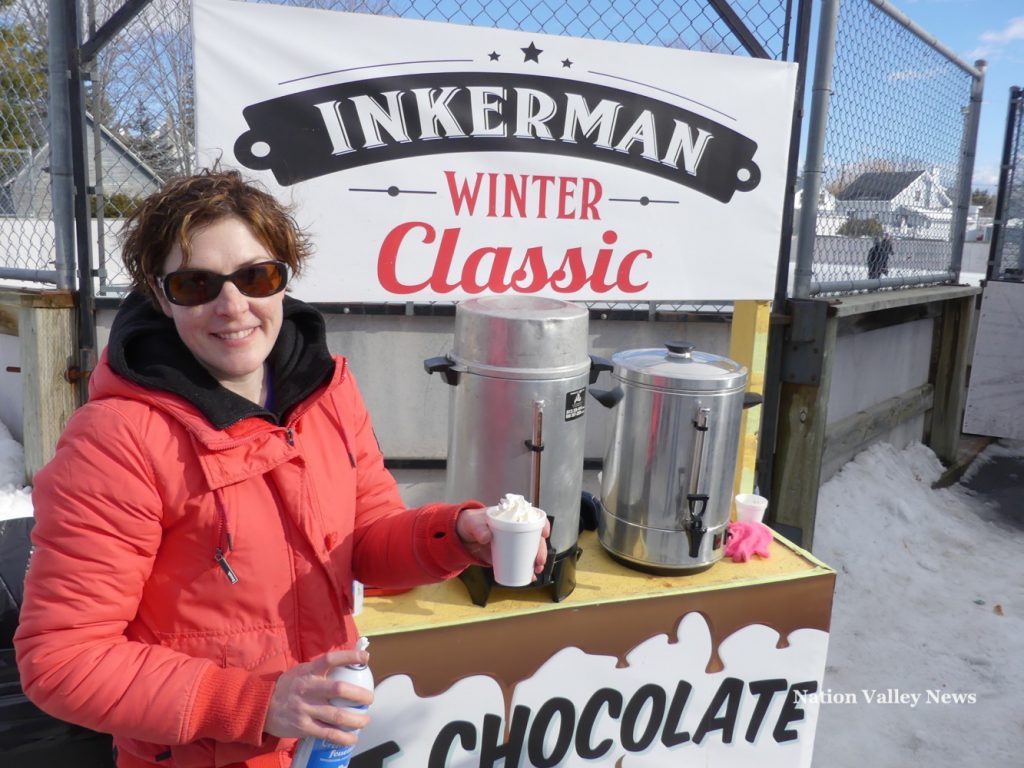 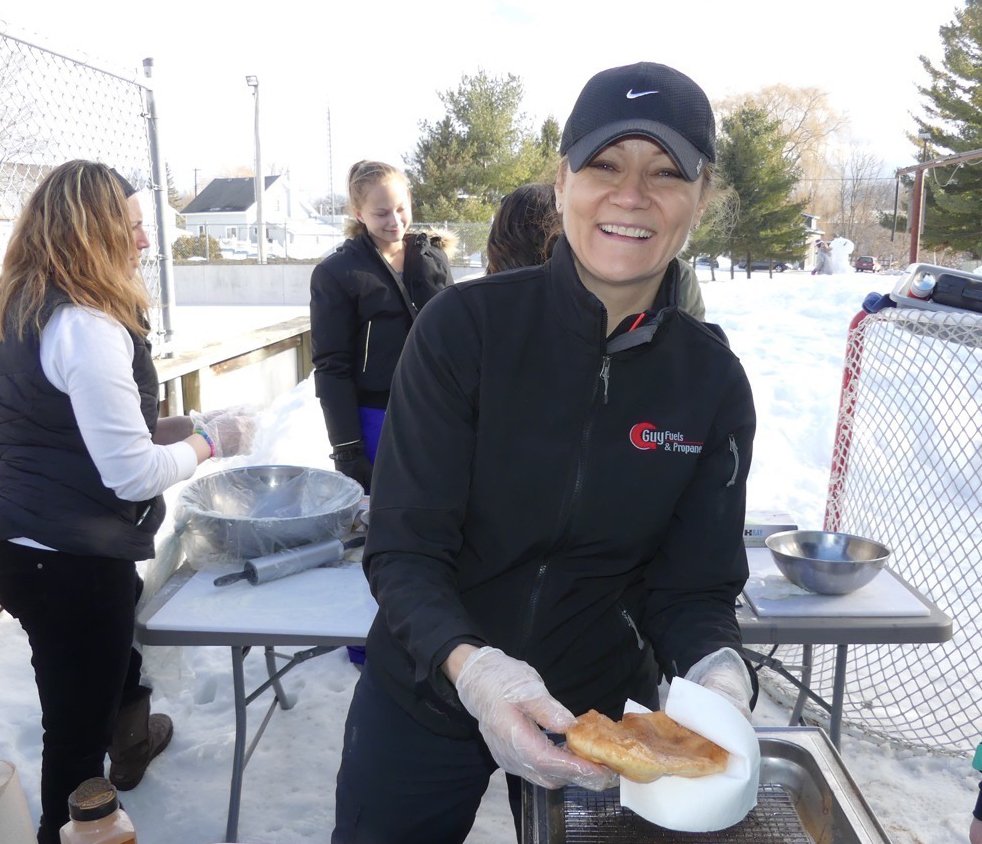 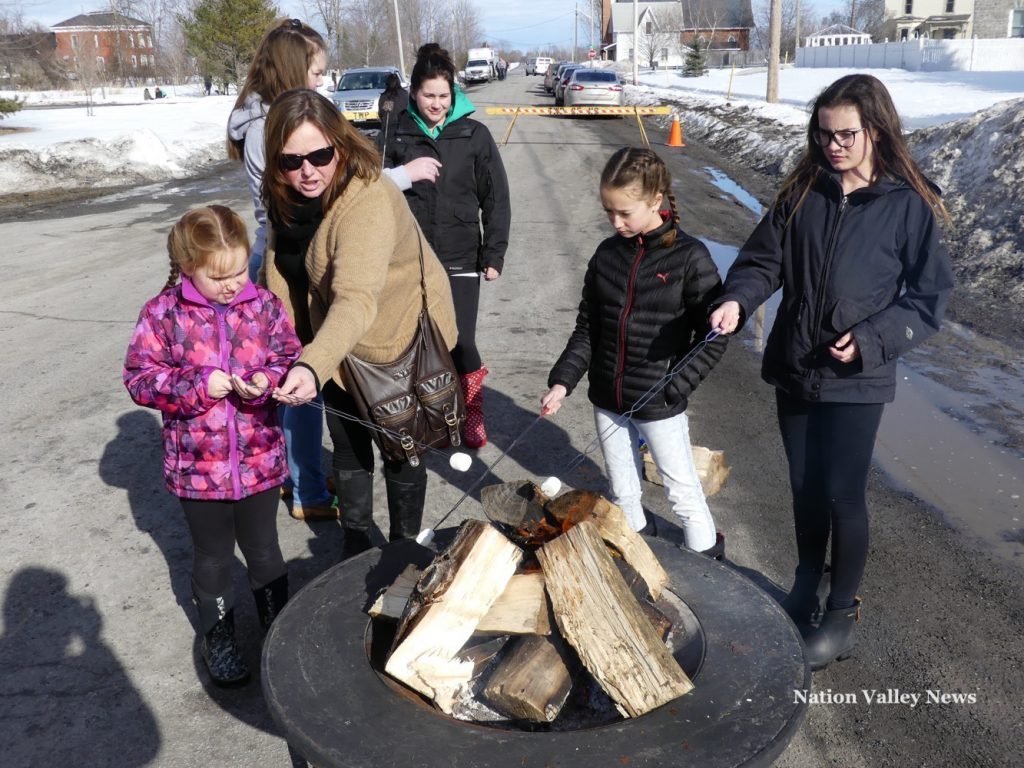 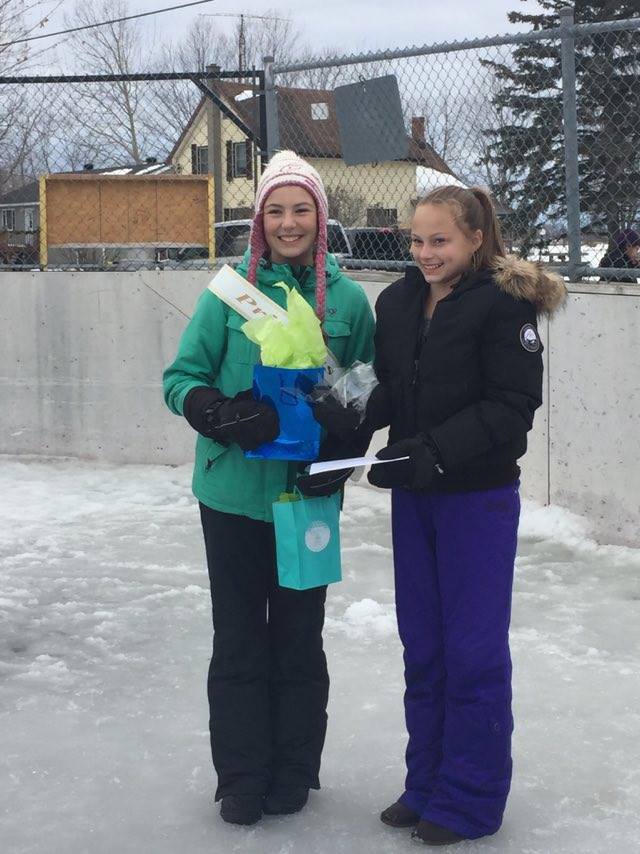 Brian Macintosh’s team of draft horses powered the sleigh rides during Inkerman Winter Classic 2017 festivities in the hamlet on the weekend.