Francis Briere (foreground) and brother Tony Briere Jr. (beside him) were among the participants in the rock-a-thon held in honour of their late father, Tony Briere, at the 2017 Crysler Winter Carnival. The 2019 rock-a-thon resumes Feb. 16 as part of the 2019 Carnival, now ongoing. Zandbergen photo, Nation Valley News 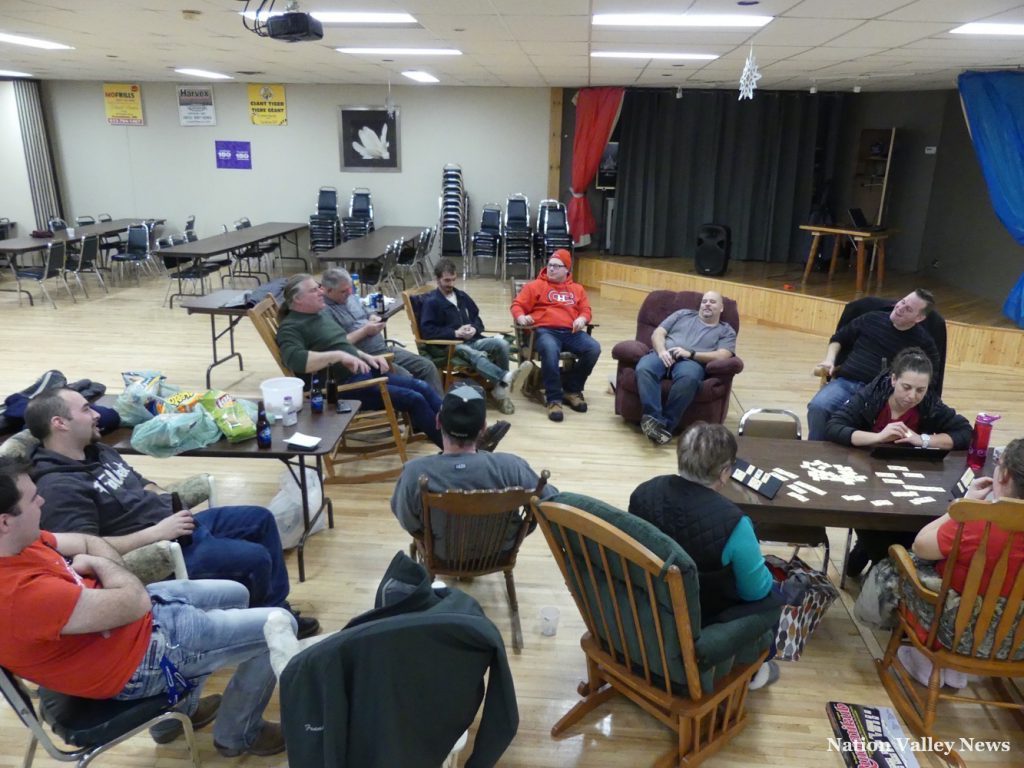 The rock-a-thon crew, near the start of the 24-hour task. Courtesy photo

The rock-a-thon in memory of Tony Briere — the village chip stand owner who passed away at the age of 76 last October — raised $3,400 for the Crysler Community Centre and Cornwall Hospice.

Francis Briere of Limoges recalled that his late father was known for chatting with patrons of Tony’s Chip Stand while seated in a rocking chair. He said his father also organized similar fundraiser rock-a-thons in the 1980s and 1990s to benefit the Centre. “He was a ‘lifer’ in Crysler. You couldn’t have asked for more of a hometown guy,” said Francis Briere, who credited Crysler firefighter Kevin Lapp with approaching him about reprising a rock-a-thon for this year’s Carnival.

The rock-a-thon took place “in association with the fire department,” he pointed out, noting his father “was almost an honorary firefighter” as a long-time avid follower of events at the department.

“He was in business 40 years,” said Francis Briere, seated alongside his brother, Tony Jr., at the start of the 24-hour rocking session that drew a dozen participants.

Approximately 1,000 people turned out for this year’s Carnival, estimated Victoria Middleton, an event coordinator with the Crysler Community Centre Committee. “Many people joined numerous events but we had many from out of town this year, which was really nice,” she said.

Beyond the rocking chairs, the 2017 Carnival features a variety of competitions pitting north side of the river versus the south side. Large thermometer posters kept track of which side was ahead — and at the end of the weekend, the south prevailed.

Because of the mild weather, the featured three-on-three hockey tournament had to be staged on the pavement outside the rink. And only the children’s tourney went ahead. The adults are talking about holding a touch football tournament this summer instead, said Middleton. “Here’s to hoping south can reclaim their title this summer,” she declared.

The Carnival ran from Thursday evening, Feb. 16, through Sunday, Feb. 19. Attractions included a visit by a psychic, a magic show, horse-drawn sleigh rides, and a popular Sunday breakfast and spaghetti dinner — among other things. 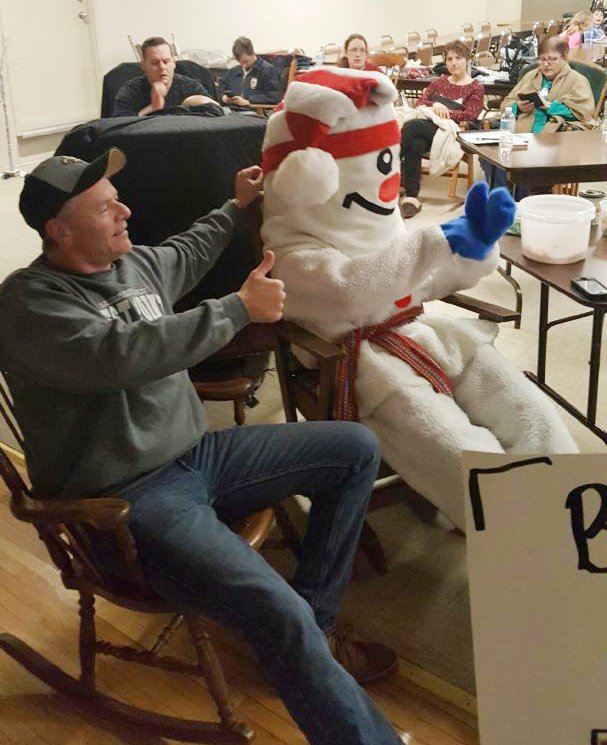 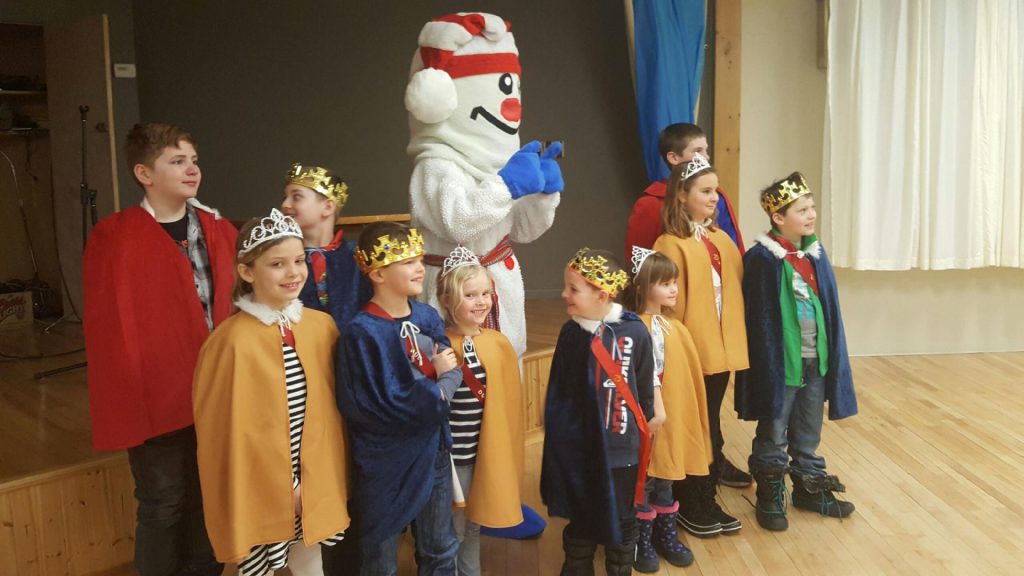 Bonhomme Carnival with some ‘royalty’ at the Crysler Community Centre. Courtesy photo

Three-on-three hockey went ahead on pavement for the younger teams. Courtesy photo

What could be more quintessentially ‘Canadian’ than a 51st annual Winter Carnival? How about a pair of Canadian horses drawing that same Carnival’s sleigh rides in Crysler, Township of North Stormont, this past weekend? Members of this country’s national breed, ‘Leve’ and ‘Moustache’ are owned by Stephane and Samuel Bourgon of Moose Creek.