“I like to do these small rooms in communities that are about 150 seats … I find it’s just a great way to really interact with people, really close and intimate, face to face, and get people singing,” said the artist in a recent telephone interview from Niagara Falls last week. “The wintertime is probably the best time to do that, to warm everyone up.”

While unaccompanied during his last foray into North Dundas, McCann expects to have accomplished instrumentalist and “great singer” Chris Murphy on stage with him this evening. “So it’ll open up more of the Great Big Sea catalog,” added the Newfoundland and Labrador native who was also scheduled to play last night in Arnprior.

“The show’s evolved. I don’t use a set list anymore, I kind of wing it,” noted McCann, adding he has no shortage of material to draw from with a repertoire of 14 albums by his former band, as well as his own four solo efforts, including last summer’s You Know I Love  You. “And I like to use it all and keep everyone on their toes.”

His shows also feature a lot of requests from the audience. “Every night is a sing-along. The goal is to get people to join me. I believe that music is a strong medicine, and it’s really good for you, and there’s nothing more powerful than when people join together in song. And it’s just a big lift, especially in the winter.”

Hailing from the small town of Carbonear, McCann — who plays weekend shows all over Canada rather than go on longer tours — said his shows are “all about engaging small communities.” Recalling his previous gig  here as “great,” he raved about the Winchester venue, praising the municipality for having the “foresight” to turn the old building into a centre for the performing arts — The Old Town Hall. “It’s a great little theatre, too. It’s sweet, it’s got great seats. And it’s a great way to keep the community a community.

“With the advent of social media, people, especially in rural communities, have a tendency to not go out and stay home — pour a glass of wine, get on Facebook and kind of think that they’re out. In many ways … the devices that are supposedly connecting us, we seem to know what everyone’s doing all the time, but we’re less and less interested in going and facing that person. A small hall like that is a great place to bring community together.”

“I think if we lose that desire to gather as humans, we’ll lose a lot,” added McCann, who revealed that his fifth album — recently recorded — is set for release this summer.

Update: See the video clip of the show, below. 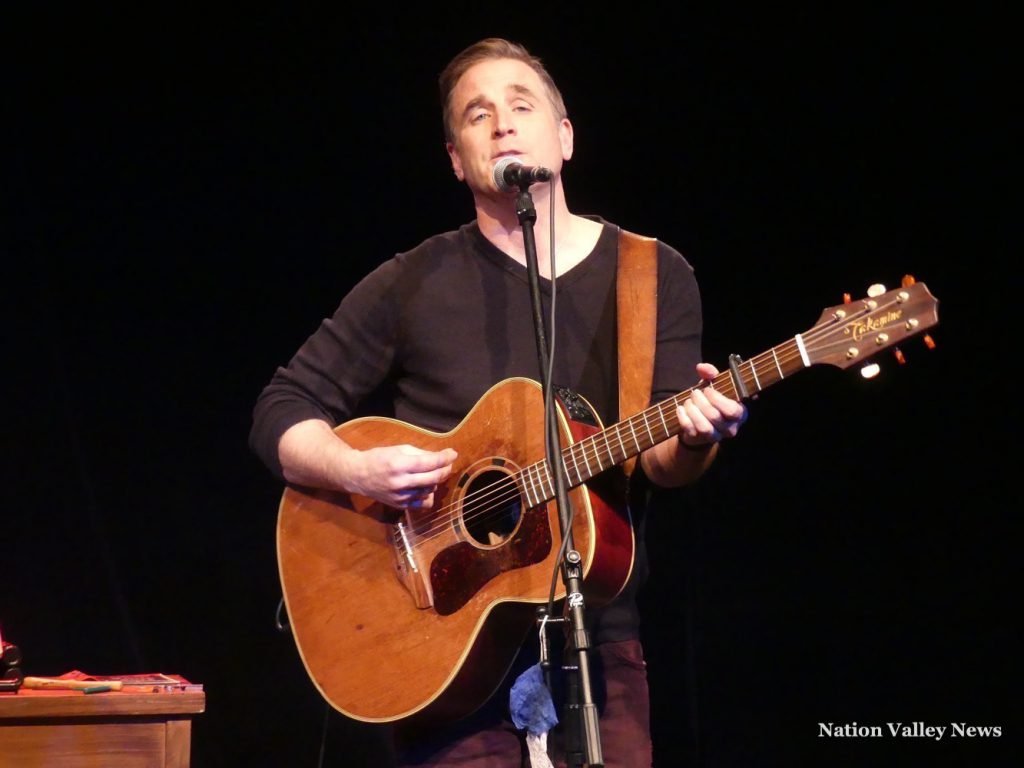 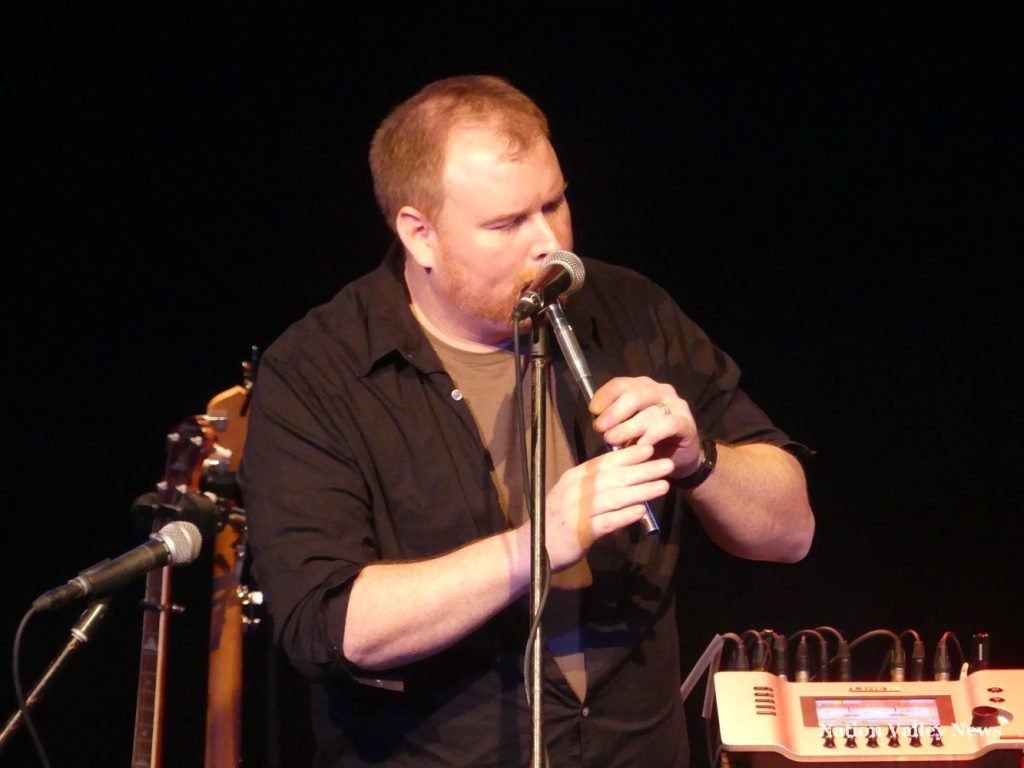 Pictured with Irish whistle, musician Chris Murphy accompanied McCann in Winchester this time. McCann was a one-man show when he played the Old Town Hall a year ago. Zandbergen photo, Nation Valley News