OTTAWA — The Ottawa Valley Farm Show has undergone a rebranding exercise encompassing everything from its logo and website, to signs, banners and custom clothing.

It’s in connection with the March 14-16 show’s 90th anniversary which coincides with Canada’s 150th anniversary, another reason to make the celebration as significant as possible. Special displays, entertainment and guests are planned. 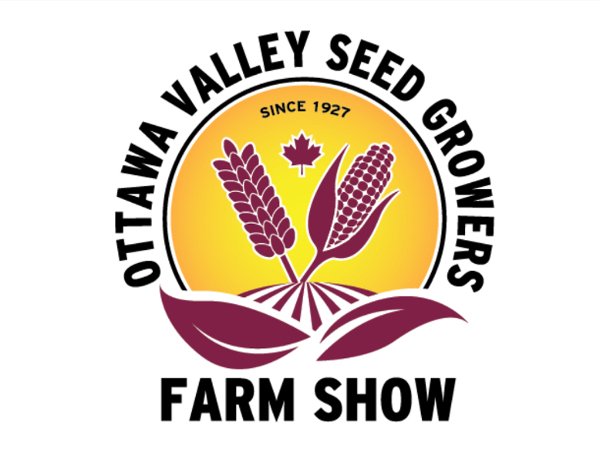 Since 1927, the show has been sponsored by the Ottawa Valley Seed Growers Association. It started out as a rotating seed fair, eventually settling in the National Capital and expanding to include a total of 340 exhibitors at the EY Centre adjacent to Ottawa International Airport. Close to 12,000 visitors attend annually.

The colours chosen for the new logo are modern variations of the traditional purple and gold. The shape is circular and includes the words: “Ottawa Valley Seed Growers Farm Show since 1927.”

The logo has been applied to business cards, information sheets and is an important feature of the new web site — ottawafarmshow.com. Site features for the first time include online ticket sales and fully interactive booth renewal and application forms. 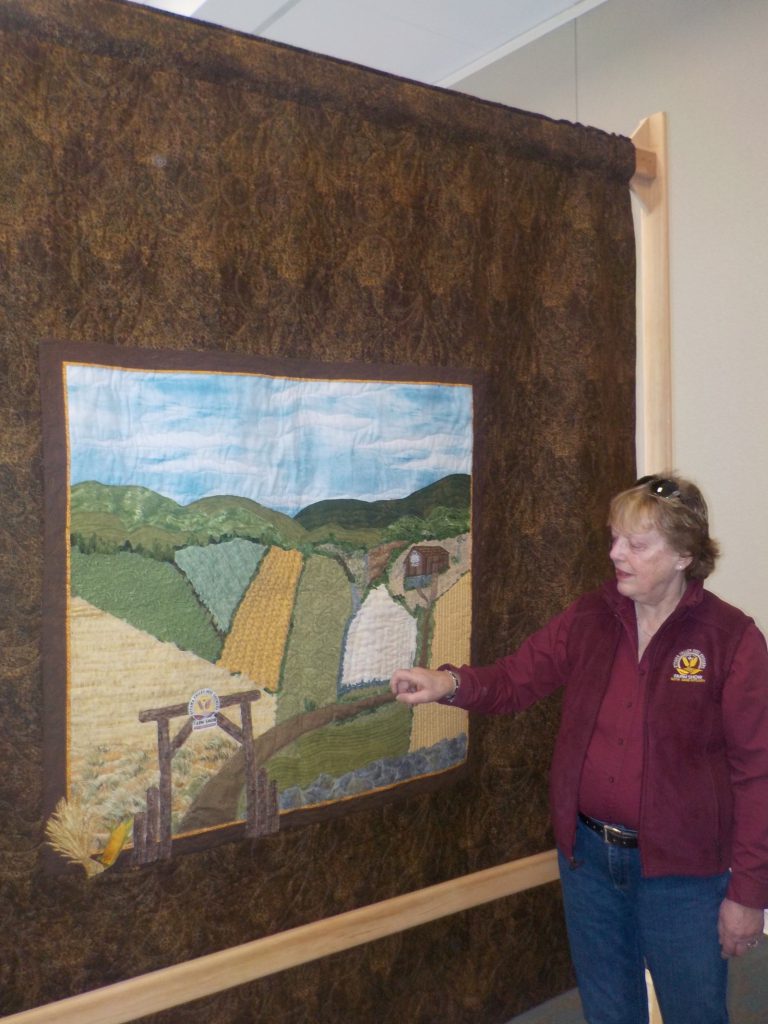 Grundy looks at the reverse side of the anniversary quilt. Courtesy photo