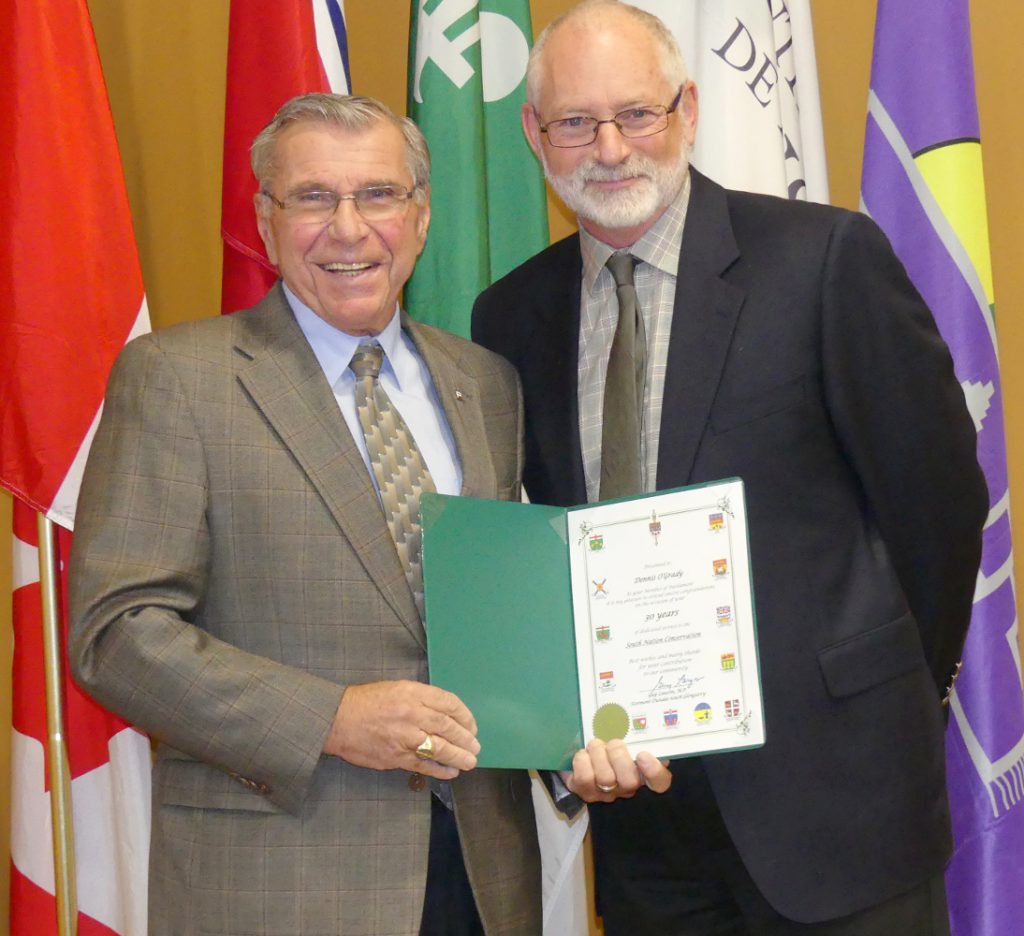 O’Grady, who officially retires this spring after 30 years with the organization, received the recognition Feb. 17 for his own career history during the session that also served as his final AGM as SNC’s top staffer.

“He’s certainly been a personal mentor of mine, and I do look forward and encourage all of you to join us in celebrating his retirement in May,” said O’Grady’s incoming replacement, Angela Coleman, observing that her predecessor’s contributions to the organization “certainly speak for themselves.”

Starting as a summer student with the Long Point Region authority in 1978, the honoree’s entire working career has been within Ontario’s watershed agency sector — spanning an era when conservation authority responsibilities, influence and staffing levels have burgeoned.

O’Grady arrived to helm ‘SNC’ — commonly known at the time as ‘SNRCA’ — from the Catfish Conservation Authority in 1987.

Outgoing SNC chair Doug Thompson recalled O’Grady’s assistance for Osgoode Township during the 1998 Ice Storm. “Dennis lent our municipality South Nation vehicles. We were overwhelmed. And I always remember that he would have so much thought, not just for conservation, but for the municipalities that were part of the watershed…. Since that time I’ve always had the greatest respect for Dennis.” 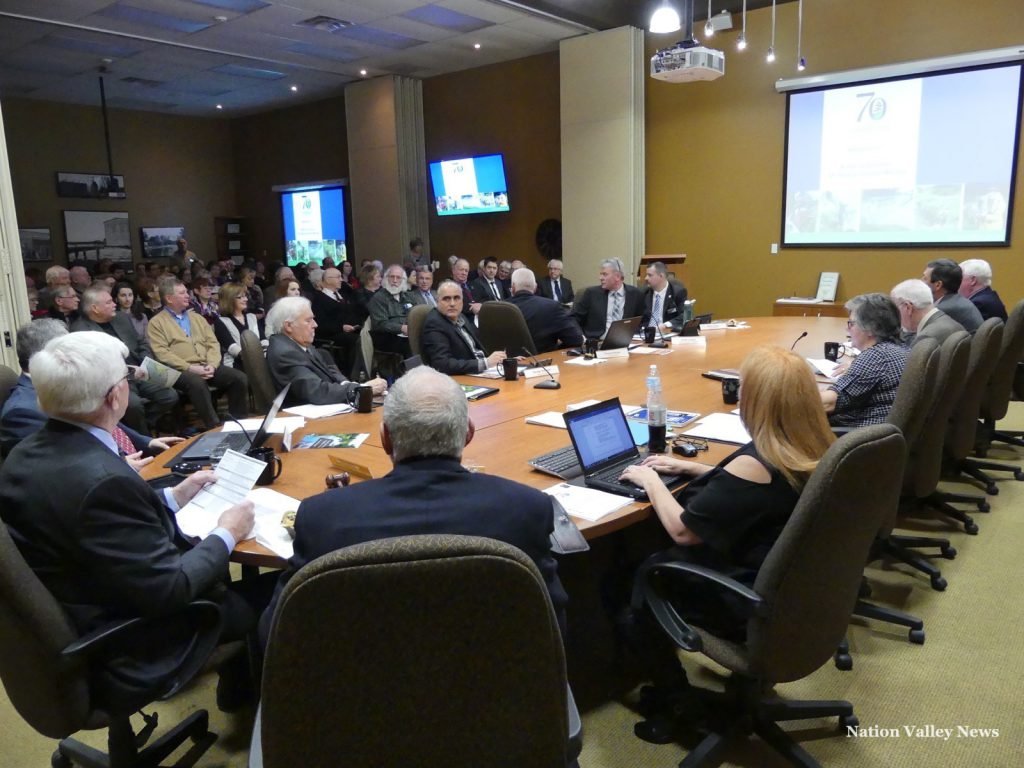 Said Thompson, half in jest:  “He has given more than half his life, I think, to the conservation authority…. That’s quite a thing in itself, to give that much time.”

Reminiscing about the aftermath of the Ice Storm, O’Grady recalled how staff applied for government support “on everything but the kitchen sink to do all the work that needed to be done…. And they approved every nickel that we asked for.”

Quipped the general manager: “So that’s been my biggest regret, I didn’t ask for enough money.”

O’Grady also regaled the capacity crowd with memories of past board members — the likes of the late Johnny Whitteker, Gaston Patenaude, Claude Gravelle, Lucien Groulx and others.

The board is “one of the last bastions of proper debate” in an age of arguing, he said, explaining his decision to stick with SNC for the last three decades.

“When I have worked at this table over the last 30 years … we debate ideas, we debate policies, we debate solutions without argument. So when you have that type of environment for decision-making, why wouldn’t you stay with that?”

O’Grady calculated his time at SNC included a combined total of six months of board meetings “with the decision-makers. And look at all the things we have accomplished together for people in our watershed, protecting the environment, protecting people.” It was the other major reason for spending his whole career with conservation authorities, he said.

“I want to thank you for the time I’ve had here. I’ve enjoyed it immensely.”

However, it won’t be a total disappearing act for O’Grady following his May 1 retirement. He’s due to continue as a contract employee for SNC, while archiving photos, videos and documents amassed during his tenure.

Above, retiring South Nation Conservation General Manager Dennis O’Grady presided over his final annual general meeting of the watershed authority’s board of directors, Feb. 17. The milestone 70th AGM included tributes to the outgoing GM who has served the organization for the last 30 years. The video includes some reflections by O’Grady’s incoming replacement, Angela Coleman, outgoing chair Doug Thompson and past chair Denis Perrault (at the end of the clip), along with stills of O’Grady receiving respective federal and provincial scrolls from MP Guy Lauzon and Jim McDonell MPP.