CHESTERVILLE — Local rocker Cory M. Coons drops his fourth solo CD here this evening, on the heels of a recent trip out west to lay down tracks for his fifth project — a full-out professional studio album set for release later this year.

Tonight’s 9:30 p.m. celebration at McCloskey’s (March 18) serves as the launch for Timeless, an EP “already in the can” for a couple of months when Coons spoke with Nation Valley News at the end of February.

Muir, a longtime associate of Coons’s — they once toured together with a band in the early 1990s — has lent his guitar-playing talents to the latest recording as well as the upcoming studio album recorded this month in Vancouver, Washington. “It’s great to have him involved,” says Coons, a resident of Pleasant Valley Rd. near South Mountain.

Three of the songs on Timeless are entirely new to the listening public. Though it has one full production track, the rest of the EP features “a lot of acoustic flavour” and a “stripped-down” sound, says Coons, adding, “One of the songs, Crumbs, was actually released in ’04 and was on my album back then. So this is a stripped-down acoustic version of it.”

Another track, Eyes of Blue, written for the artist’s soon-to-be three-year-old daughter, has been on Youtube for a while. “That’s the one that’s been out on the Internet, but it hasn’t been on a CD yet,” he says.

Tonight’s two-set show will open with titles from the new EP, says the artist, moving into other material in the second set. “We’ll be playing selections from Timeless and a few cover songs thrown in, too, in the second set, he says. “We’re hoping for good things, get some people out. Hopefully it’ll be a combination of an intimate setting, with the second set a little more danceable.”

At the time of the interview, he was eagerly anticipating his Feb. 28 through March 6 trip to Vancouver, Washington — accompanied by Muir as guitar-playing wingman — to record the bulk of his next album with famed music producer Ron Nevison. Coons last worked with the Led Zeppelin, Heart and Ozzy Osbourne producer on his third CD, another EP, in January 2014. The following November, Share A Little Time went on to be recognized as Studio Album of the Year by the LA Music Awards.

“Working with Ron is going to be cool again because he’s so connected to everyone in the industry.”

Coons says the new work — tentatively titled Long Road Home — will be a full studio-album LP of eight tracks, employing real session musicians on bass and drums for an authentic sound. “The new album will be more like commercial rock, radio friendly, and melodic.”

He adds, “It’ll be a little edgier…. The songs are pretty fast, driving type songs. A little more electric guitar oriented with lots of harmonies that I like.”

Coons suggests he may even compete again in Tinseltown’s latest version of the LA Awards this November — the Producers’ Choice Honours Awards. His last trip to Hollywood saw him perform on the famed Whisky A Go Go stage as a precursor the 2014 awards.

But for tonight, catch him at McCloskey’s. 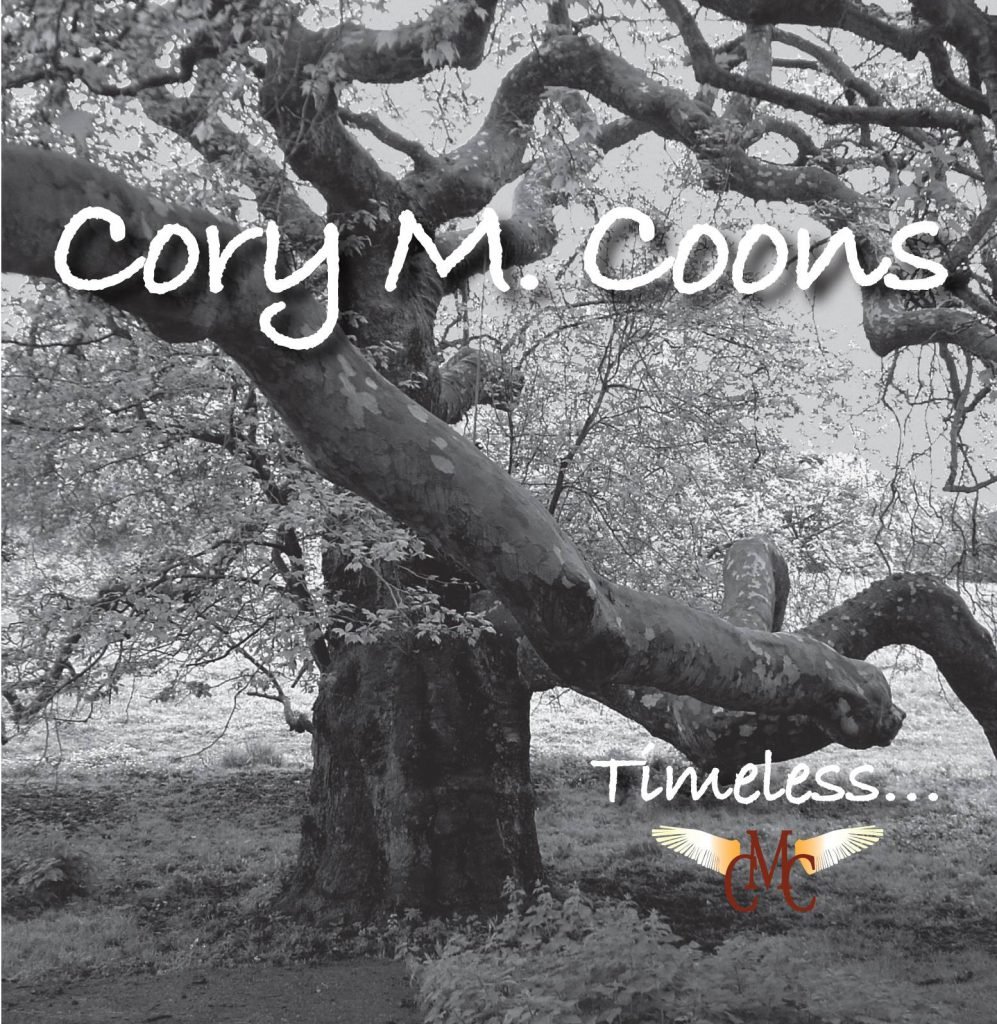 The cover of “Timeless” — the new EP launched March 18 in Chesterville.