CHESTERVILLE — Chesterville and district put its ‘Arms around Abigail’ and her family on Saturday night, raising $14,489 for the little girl’s cause.

Diagnosed with a type of cancer after she developed a limp in January, 7-year-old Abigail Hosick began chemotherapy treatment for Precursor B Lymphoblastic Lymphoma at the Children’s Hospital of Eastern Ontario on Valentine’s Day.

She and her parents live in Cardinal but have connections around the area. Her father, Drew Hosick, works as a Kemptville radio host; her mother, Marina Hosick, attended North Dundas District High School; her aunt, Laura Brant, grew up in Winchester; and her older brother plays hockey in Winchester as well.

The latter hockey connection also brought Abigail’s situation to the attention of North Dundas minor hockey executive Barbi Menard — who joined the organizing committee for the Arms Around Abigail evening that selected the Chesterville Legion for the fundraiser dance and silent auction.

“She has done all of the auction item, all of the food, she’s been a big help …” enthused Brant of Menard. “But the community has been the biggest help of all.”

Drew Hosick simply said he was “blown away” by the level of support shown that evening, from individuals and businesses in North Dundas, North Grenville and beyond.

Brant discusses the evening and her niece in the video below.

#ArmsAroundAbigail from Alanna Porteous on Vimeo. 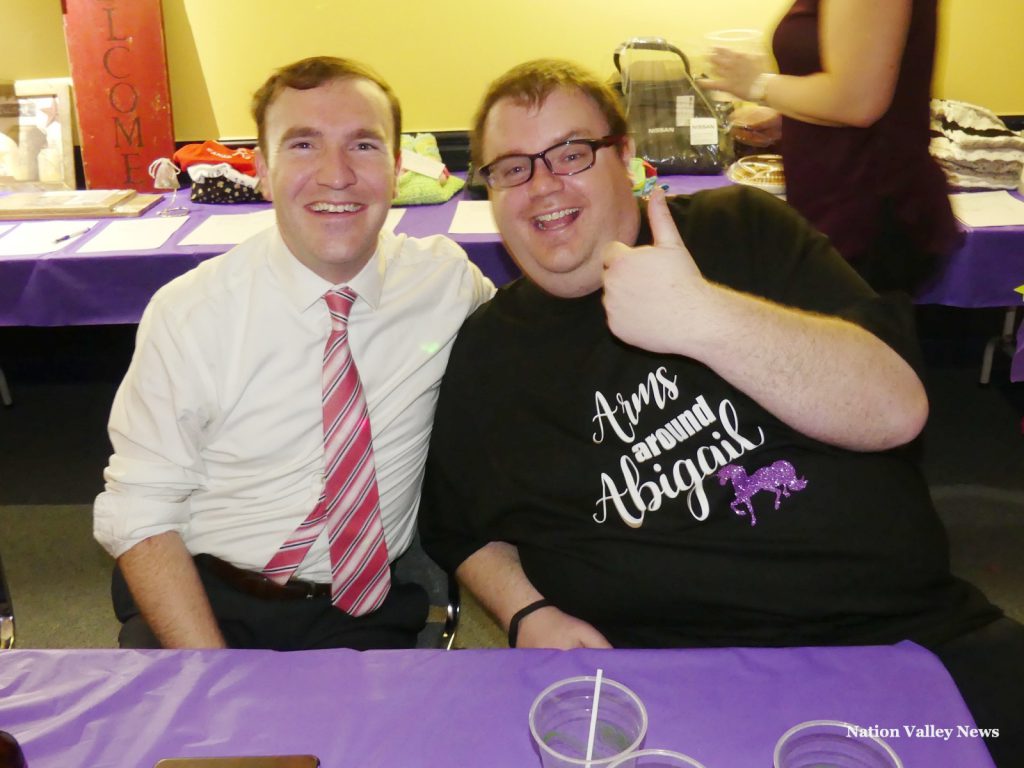