Escape the Cornwall Jail to put visitors behind bars 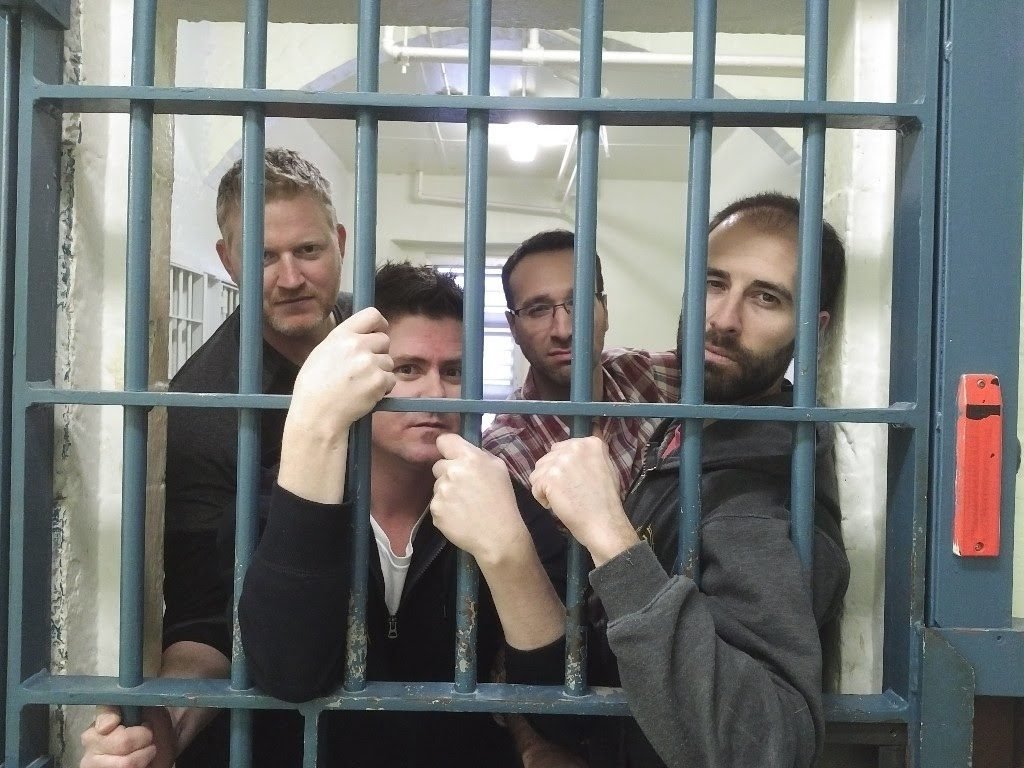 The award-winning crew behind the new interactive attraction at the United Counties building — ‘Escape the Cornwall Jail’. Courtesy photo

CORNWALL — The youthful team behind Canada’s fastest growing escape room company, Escape Manor, spent a night behind bars at the Cornwall Jail this past Monday, March 27 — and now the public can get a taste of the experience themselves.

The four business partners and best friends from Ottawa were onsite to create their latest immersive experience, ‘Escape the Cornwall Jail’ — opening May 11 — when they decided to get a real feel for the 165-year-old prison by watching Shawshank Redemption in the courthouse followed by sleeping in the actual cells. After lots of laughs and little sleep, the boys were up and back at it creating their most interactive and immersive escape experience yet.

Think of a role-playing event like a murder-mystery night or a spirit walk — but behind bars in the creepy vintage jail and other parts of the historic United Counties building on Pitt Street.

Escape the Cornwall Jail takes place in the (still functioning) courthouse, the Warden’s private quarters, and the former SDG prison itself. The one-hour escape experience runs from May till November and features live actors interacting with guests throughout the engagement.

“Escape rooms have become very popular tourist attractions worldwide and the Historic SDG Jail is the perfect location for participants to experience what it is like to be locked up behind bars in an authentic jail cell,” said Shauna Baggs, SDG Tourism Coordinator.  “We are hoping this new initiative will encourage participants to enjoy other SDG attractions.”

Incorporating history of the storied facility, the scenario plays off the true story of the Fenians’ escape from the jail in 1867. “It’s a unique experience people are going to want to try, said SDG Warden Jim Bancroft.  It’s a fantastic way to bring attention to the region and get people talking about Stormont, Dundas, and Glengarry as a visitor destination.”

“Having recreated a prison cell as one of our first (and most popular) rooms back in 2014, we jumped at the chance to lock folks up in a real physical jail. Visiting the historic facility gave us all goosebumps,” said Steve Wilson, Co-Owner of Escape Manor.

“Imagining that feeling of confinement coupled with the excitement and exhilaration of an escape makes us giddy with excitement. This will be next level fun for folks from Cornwall, Ottawa, Montreal and Massena.”

Escape Manor has enjoyed symbiotic successes partnering with museums and historic facilities such as The Canadian Museum of Nature as well as The Diefenbunker, Canada’s Cold War Museum. The partnership at the Diefenbunker celebrated its one-year anniversary this month, is up for an Ottawa Tourism Award, and is lobbying Prime Minister Trudeau to follow his father’s footsteps with a visit (as Trudeau Sr. visited the facility in March of 1977).

Escape the Cornwall Jail is poised to open Thursdays through Sundays, starting May 11. Learn more or reserve in advance at www.escapemanor.com

Click on the above business cards to learn more about these community-minded enterprises and organizations.