EASTERN ONTARIO — Sighs of relief have been exhaled in communities like Iroquois, Morrisburg, Long Sault and the Char-Lan campus in Williamstown. Where others have been doomed, their schools have survived a brush with the axe and are now exempt from closure consideration by the Upper Canada District School for the next five years.

But is the much-publicized five-year grace period cast in stone?

One trustee has let Nation Valley News know that he sees his colleagues revisiting previously reviewed SDG schools sooner than that.

While a provincial guideline “recommends” the half-decade timeout, the decision ultimately falls to the board.

“The ministry’s Pupil Accommodation Review Guideline (PARG) recommends that, wherever possible, schools should only be subject to a pupil accommodation review once in a five-year period, unless there are circumstances determined by the school board, such as a significant change in enrolment,” wrote ministry spokesperson Heather Irwin, in reply to Nation Valley News.

“The decision to include any school in an accommodation review is the right and responsibility of the locally-elected school board. The board has the responsibility to respond to the local situation as it evolves, and continue to involve the local community as appropriate.”

Irwin also clarified that an accommodation review process can be carried out in a minimum of three months, under a “modified” short version requiring only one public meeting.

Nation Valley News had asked the ministry for clarification after trustee Bill MacPherson spoke of those theoretical powers on record immediately after the pivotal March 23 vote closing a dozen Eastern Ontario schools. 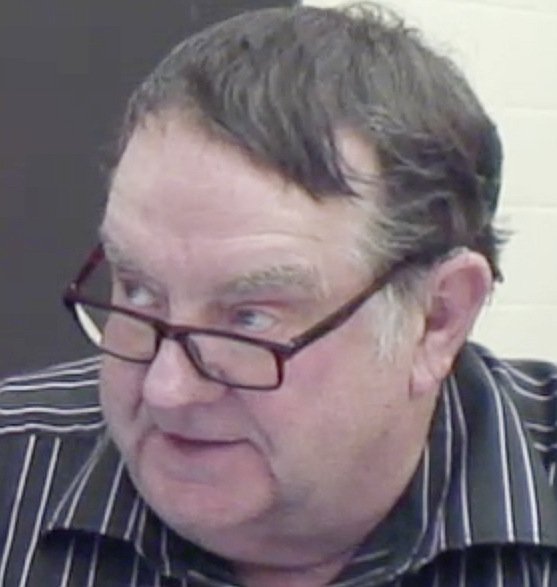 “No,” said an unequivocal MacPherson when asked if, for example, Seaway District High School in Iroquois is exempt from closure review for five years. “Unless it says specifically in that report that … a school not close, all we’ve done on most of them is push the pause button,” insisted the veteran trustee of 18 years from Smiths Falls. “We have not said they’re not closing.”

“We could go in next month to any school and say we’ll give you 30 days. We can go to the short process if we have to [but] we’re not going to do that,” he said, responding to a question put to him by Dundas trustee Jeremy Armer, standing nearby in the emptying gymnasium that evening.

The next “realistic” opportunity to restart the process, MacPherson suggested, would be in the spring following the October 2018 school board elections.

“I’m not happy,” he said, when asked about the closure decisions rendered at the March 23 meeting. “The toughest one I had was R-O [School, Ingleside] because it’s a school with spirit.” But R-O’s numbers “just killed me,” he added, before turning his attention to Stormont, Dundas and Glengarry as a whole.

The UCDSB has six secondary schools in SDG, he pointed out with a tone of frustration, yet its principal competitor consolidates resources in Cornwall. “Everyone else puts them in Cornwall, and the Catholic board gets by on half the schools that we do.” MacPherson pointed to reasons of history for this, including the parochial interests and borders of municipalities that originally helped establish public school boards and their buildings.

And far from being the “great saviour” of schools, French immersion is “the great decimator of schools,” he asserted, “because people move for programming.

“I’ve got people that live in Lanark Highlands; they’re putting Grade 1 students on the school bus for 97 minutes, in good weather, to go to French immersion in Perth,” said the farmer who also happens to drive school bus when he’s not making policy at the board table.

So why not roll out French immersion to every school that wants it — the argument made repeatedly during the recently completed review process? Because, according to MacPherson, the UCDSB’s current complement of 3,500 teachers can’t accommodate a further expansion in the program. “We’ve got teachers teaching French immersion now that are not totally qualified.”

“As far as I’m concerned, get rid of it [French Immersion]. Go back to core programming. If you taught a kid a good core program from kindergarten to Grade 9, they might carry it right through to Grade 12.”

“The most ridiculous thing is offering French immersion in the parts of the board where 40 percent of the population is francophone,” he added, arguing that many of those children are immersed in French at home and a multilingual community life anyway.

“We’re wasting hundreds of thousands of dollars implementing a program that 80 percent of the kids drop in Grade 9.”

Advertisement — We Can Contracting Sales & Installation