Insurance not nimble enough to help in dire medical situations

CHESTERVILLE — Still reeling from the loss of his 43-year-old life partner in Mexico last month, a grieving Ron Robinson has some advice for anyone about to embark on a tropical vacation: Stop going down south with the smallest credit card you have. 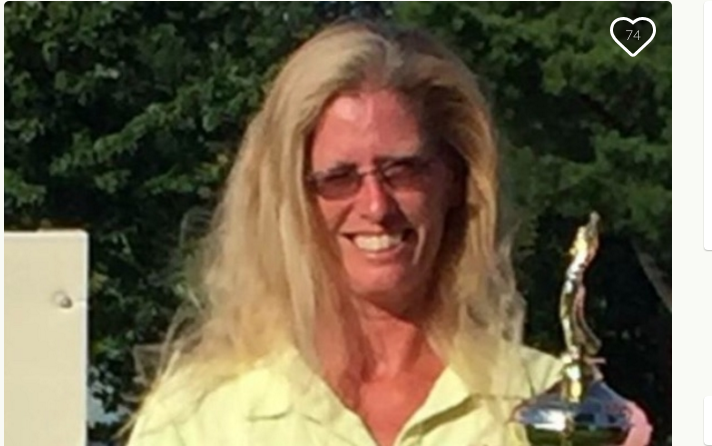 Robinson’s spouse, Shari Boyd, was incapacitated by a brain aneurysm at a Cancun resort on Feb. 28. Insurance wasn’t nimble or fast enough to help as much as cash or an ample credit card would have been, advises Robinson, who had stayed home to run the couple’s bowling alley business — only to be confronted with a nightmarish, mad scramble for adequate credit after learning Shari lay unconscious in a Mexican hospital bed.

Discovered unresponsive in the washroom at 3:30 a.m. on the final day of her dream vacation with friends, Shari was taken by land ambulance to hospital — a ride that didn’t get underway until the $4,000 cost was charged to her Visa card with a modest $8,000 credit limit.

That left the card well short of the $7,500 that Robinson says the hospital demanded upfront before starting the necessary surgery. Precious hours were lost as a result, he says, expressing his belief the delay ultimately contributed to Shari’s death on March 4, the day before her 44th birthday.

“It’s because they left her there for 18 hours with an aneurysm in her head,” he says, momentarily overcome with emotion. “I don’t know,” he pauses, “but if she was in Canada, she probably would have survived.”

“The treatment she got was great, when she got it,” he says. “But all the crap she went through with the ambulance and waiting because they needed credit cards, and then they got to the hospital and they wouldn’t work on a lady with an aneurysm. And they needed a $7,500 credit card.  It just kills me, knowing a human could do that to another human.”

Robinson says he had received assurances from Shari’s health insurer that matters were being handled but Shari’s friends at the hospital told him differently.

“I’m on the phone with the insurance guy,’” he says, recounting the conversation: ‘“Everything’s good [Ron], I’ve phoned the hospital, everything’s OK.”’

Thirty seconds later, he adds, one of Shari’s friends called him with an urgent plea — “We need $7,500, hurry, hurry, hurry.”

He didn’t realize Shari had travelled with only a low-limit card. They possessed two other credit cards with limits of $20,000 and above. “Of course, she left them at home, which I didn’t know. If I had gone into her purse, I could have had the credit a few hours earlier,” he says.

The funds for the hospital were ultimately lined up through another family member’s credit card.

Shari passed away one day after Robinson arrived in Mexico with his sister and niece.

“I’m still a wreck, but I was really a wreck when I heard she died. And I lost it with the doctor, and I was in his face, and I said, ‘You know, if this happened to you or your wife, in Canada, we would not leave you sit for 20 hours. We would have taken you, we would have treated you right away, and we wouldn’t worry about money.”

“‘Well, yeah, I know, Mr. Robinson, but that’s just the way Mexico does it,” he says, recalling the doctor’s response.

Bring a high-limit credit card on any southern vacation, he urges. “Staple it to your body if you’re afraid of losing it.”

His unexpected brief trip to Mexico to be at his ailing partner’s side was the worst “rollercoaster ride” imaginable. After 11 hours at the Ottawa passport office to get the necessary travel document expedited, he made it to Cancun as Shari entered her second surgery. When she emerged, the doctors brought an optimistic prognosis that sent his hopes soaring. “We were so high, and then six hours later they came in and said we have to have a meeting, and then her kidneys shut down, and they put her on kidney dialysis on the Friday night.

“We went in at 8 a.m. the next morning to see how the dialysis had worked, and they told us she passed away.”

Robinson spoke with Nation Valley News during an April 1 fundraiser at the Chesterville Legion organized on his behalf by friends and supporters.

The event raised about $4,000 — on top of the nearly $25,000 raised in a gofundme.com campaign during the five days that Shari was in hospital. “I don’t care about the money,” he emphasizes.

Instead, he marvels at the support offered him by the community and his family of bowlers.  He highlights the help offered by his bankers at TD Canada Trust in Chesterville — including Heather Wicks, he says — who have helped him pick up the books and operating procedures at Chesterville Bowling Lanes, which reopened the weekend after Shari’s celebration of life service.  Running the business was always Shari’s thing. “For the 12 years we’ve owned the bowling alley, I have never ordered chips, I have never ordered drinks, I have never ordered anything, and then all of a sudden I’m trying to figure all of this out.”

“Everybody has just been unreal,” he adds, also pointing to Grace Tilley as another local person who has helped him cover the bases at the operation. “She is amazing, totally amazing. She is actually running the bowling alley by herself tonight.”

He says he also intends to go ahead with the annual Youth Bowling Canada awards ceremony this spring. Chesterville Bowling Lanes annually hands out a slew of trophies for the dozens of youth league bowlers at the venue.