“After much work and planning with generous partners and supporters, we’re thrilled to welcome entrepreneurs and innovators to the centre,” said John Rattray, co-chair of the CIC’s Board of Directors, in his opening remarks.  “It’s time to help participants build their dreams and contribute to the success of their community.”

Tony Bailetti, Executive Director of Carleton University’s Lead to Win Program and enthusiastic CIC partner, spoke of the big potential of the centre. “We’re shooting for five new transnationals each year, each one capable of generating $1 million dollars in three years. That’s what this community is signing up to do.”

The CIC, located at the world-class NAV CENTRE, is an “innovation ecosystem” designed to ignite new ventures and high-growth potential businesses. A wide range of incubator and accelerator activities and services— including business coaching, keynote speaker presentations, shared workspaces and private offices, a Makerspace with the latest technologies for design and prototyping—are available at the centre.

Named one of the Top 10 accelerator programs in North America, the CIC’s anchor program is based on Carleton University’s Lead to Win program. Through this unique offering, participants will be guided to grow their businesses into generating $1 million in revenue in their third year of operation. They will benefit from access to high-level mentorship, capacity development events, early buyer support, funding, IT support, workspaces and on-site wellness amenities. 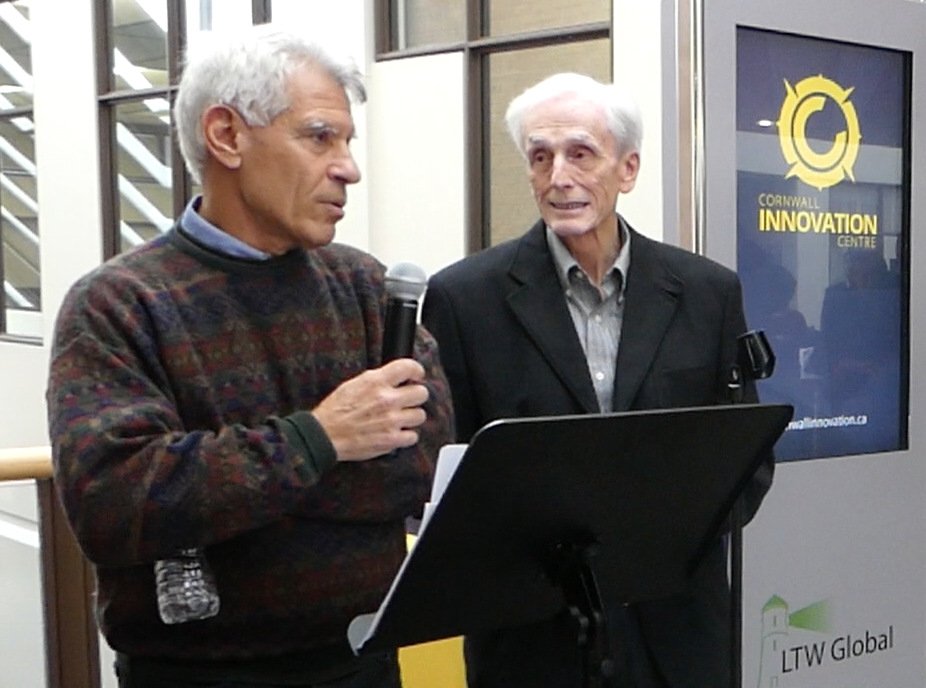 It’s hoped the new Centre will build upon the university’s budding relationship with the Seaway city, where businessmen Gerry Benson and Tom Kaneb have founded a non-profit corporation that aims to eventually bring Carleton aerospace courses — perhaps even a satellite campus — to Cornwall. 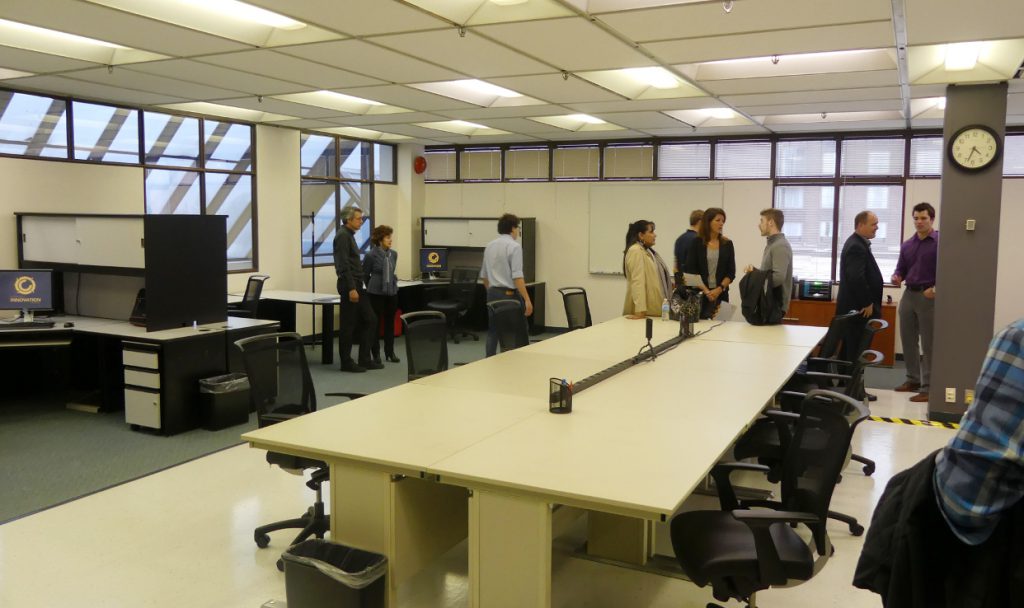 The duo clearly saw the Centre’s unveiling as a precursor of bigger things yet to come on the educational front.

“Four and a half years later, we’re here,” said Benson, lauding Bailetti as “a genius” in the process of landing the Centre. “Cornwall, you know, was always forgotten. The province always ended in Kingston. Now, we’re going to change that.

Benson added that only eight and a half percent of Cornwall residents hold post-secondary degrees, well below the 22 percent provincial average. “So we’ve got a long ways to go … and Tom and I are set to do it.”

The new Centre should not be viewed as replacing the dream of seeing Carleton University deliver specialized courses in Cornwall, Rattray told Nation Valley News. “This is not a replacement for that idea. Not by any measure. Carleton’s still very involved with Gerry Benson and St. Lawrence College and the St. Lawrence Institute,” explained Rattray, expressing optimism a ‘Centre of Aerospace’ might yet be established in the city with Carleton’s involvement.

United Counties of Stormont, Dundas and Glengarry taxpayers also contributed “seed money” to the post-secondary initiative, SDG Warden Jim Bancroft pointed out. “Fortunately or unfortunately, the project changed a little bit, and today, we have the Cornwall Innovation Centre — really, truly a significant new challenge for the City of Cornwall,” said Bancroft. “Obviously, the students will come forward here in the future, ” added the warden, expressing congratulations and success to all involved. “We look forward to the opportunity to work with you if we need to be. If you want us, knock on our door once in a while; we’ll see what we can do as well.”

Lesley Lang, Executive Director of the CFDC, had the honour of unveiling the CIC logo. She explained that the bold branding was designed to reflect the qualities of the centre: dynamic, aspirational, boundless connected and supportive. The icon references a rocket thruster, a salute to the powerful, upward trajectory of entrepreneurs who work with the CIC, and a compass, a nod to the CIC’s mentors and supporters who guide entrepreneurs on their journey to success.

The NAV Centre audience may not have been aware, but North Dundas was originally in the running to host this region’s innovation centre — not Cornwall. A few years ago, Bailetti worked for an extended period with local businessman Birket Foster to land the centre in Chesterville, at the Main Street headquarters of Foster’s data migration company (MB Foster Assocations) where space is also shared by Storm Internet and Nation Valley News Ltd.

While touring the newly opened Cornwall site, a smiling Bailetti confirmed for Nation Valley News: “This was supposed to be at Birket’s place.”

The CIC is currently working to attract candidates for their first Venture Demo Day on April 19. Eligible entrepreneurs will have their first opportunity to pitch their ideas to a panel with the goal of gaining entry into the Lead to Win program. Successful applicants who are accepted into the accelerator program will receive high-level assistance including mentoring, shared workspaces, access to wellness amenities.

On April 26, 2017, the CIC will launch its InnoTalk Series. The first of the free lectures will feature Ewen Reid, founder of Mission Control Space Services and a participant in Carleton’s Lead to Win program. Reid will explore themes of entrepreneurship and innovation, and how to capitalize on opportunities.