The hearty meal at the 12th annual Dutch Heritage Day Dinner/Dance was certainly worthy of a “Bon Appetite” as spoken in the language of The Netherlands.

One hundred and forty-three people turned out for what was, again, a gezellig time — to use another Dutch word that sounds like a sneeze and defies precise translation into English but alludes to an occasion with nice ambience and a cozy atmosphere.

The event at the Chesterville Legion again served as a fundraiser for Ryan’s Well Foundation — traditionally topped up with a contribution from the village’s Rotary Club each year to ensure a $1,000 tally.

Emcee and organizing committee member Vince Zandbelt also paid tribute to the late Peter van Kessel Sr., a friend of Rotary long associated with the annual party celebrating the impact of the post Second World War Dutch influx into the area and its agricultural sector and beyond.

Sub-theme to the 2017 edition was the 150th birthday of the nation that welcomed those immigrant families. The tables featured small flags and buttons featuring the logo of Canada’s sesquicentennial. 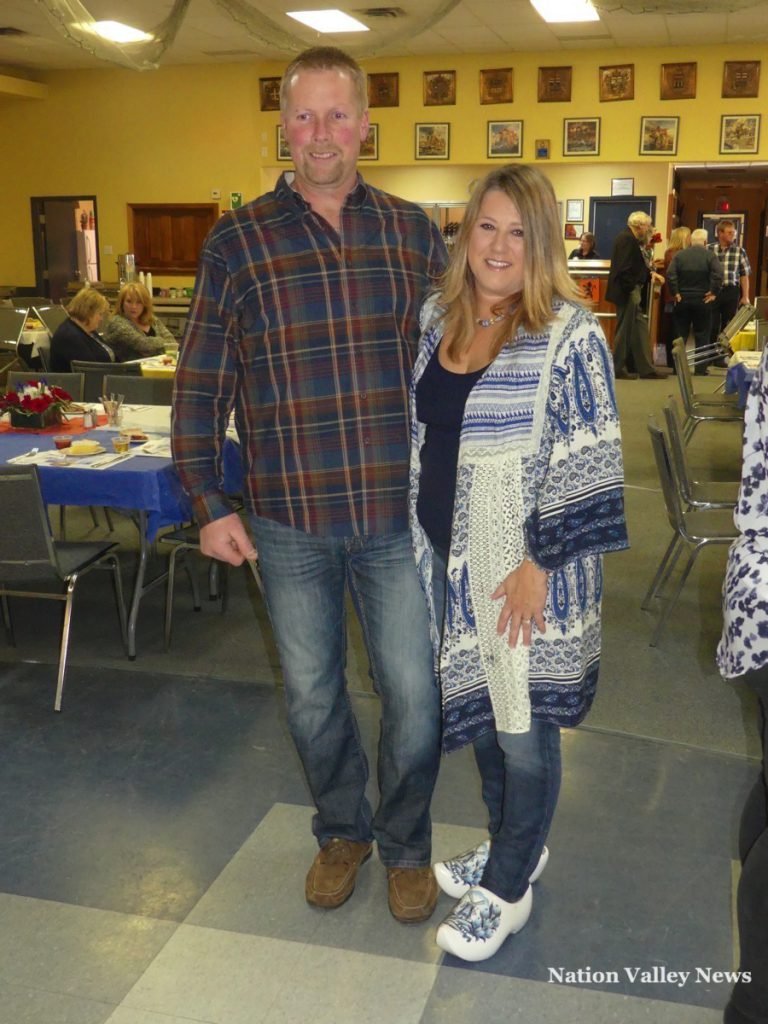 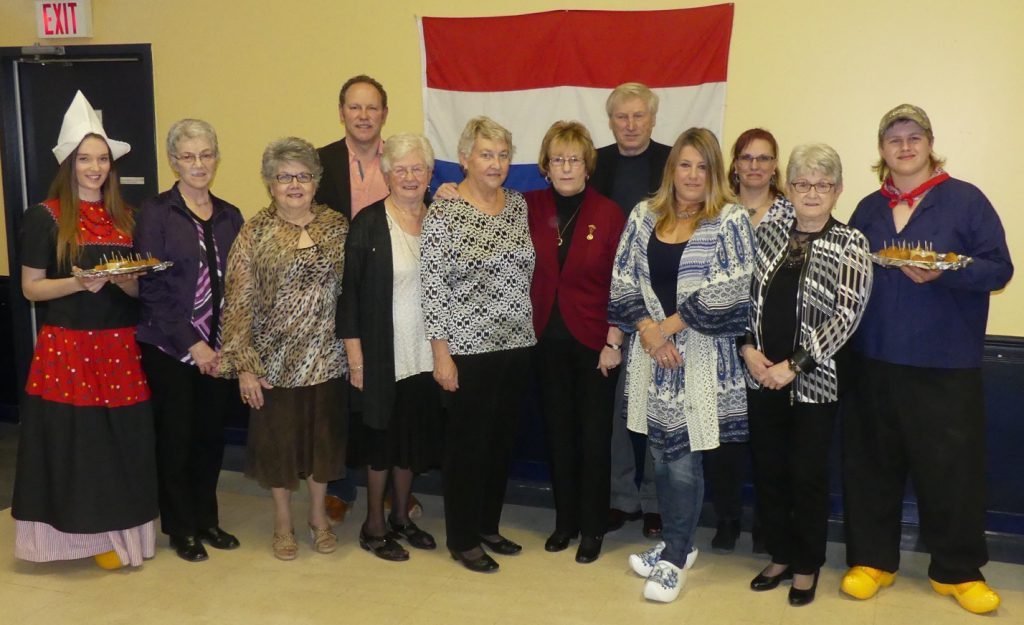 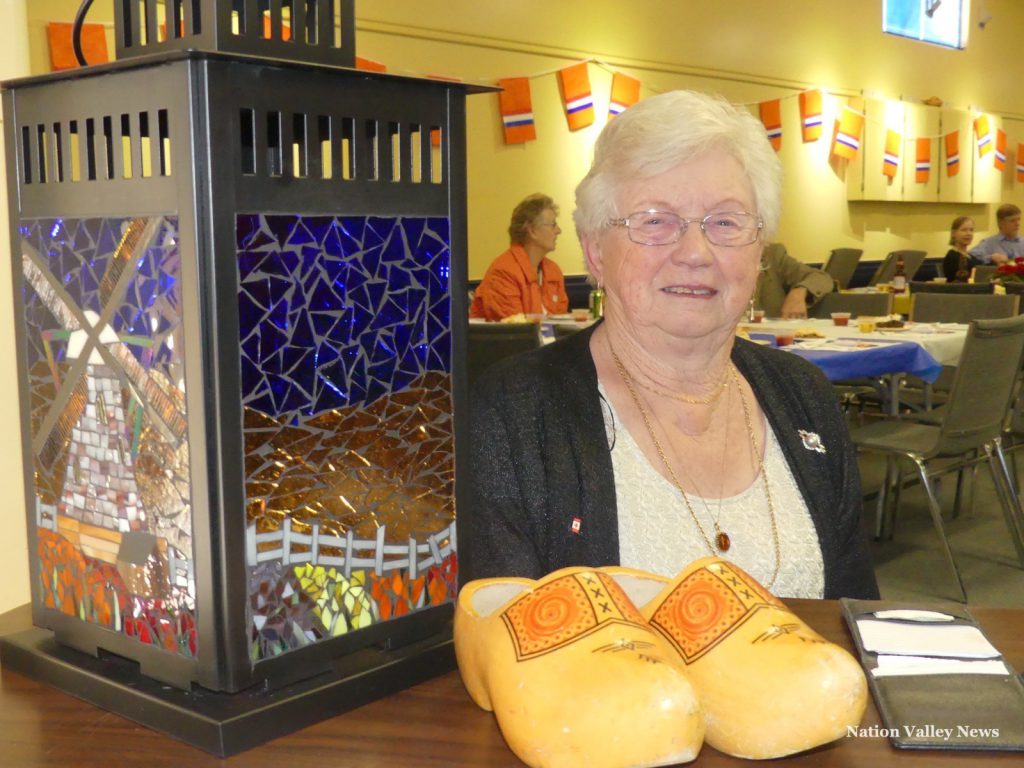 Dini Vandelst poses with the mosaic lantern that was top door prize at the event. Zandbergen photo, Nation Valley News 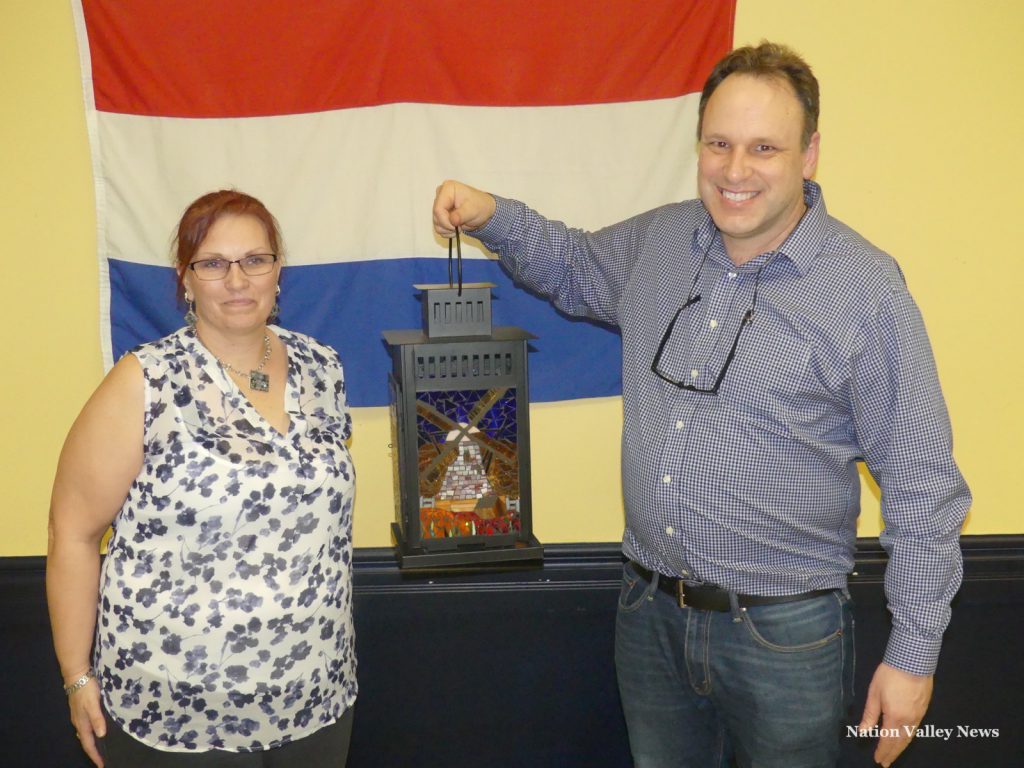 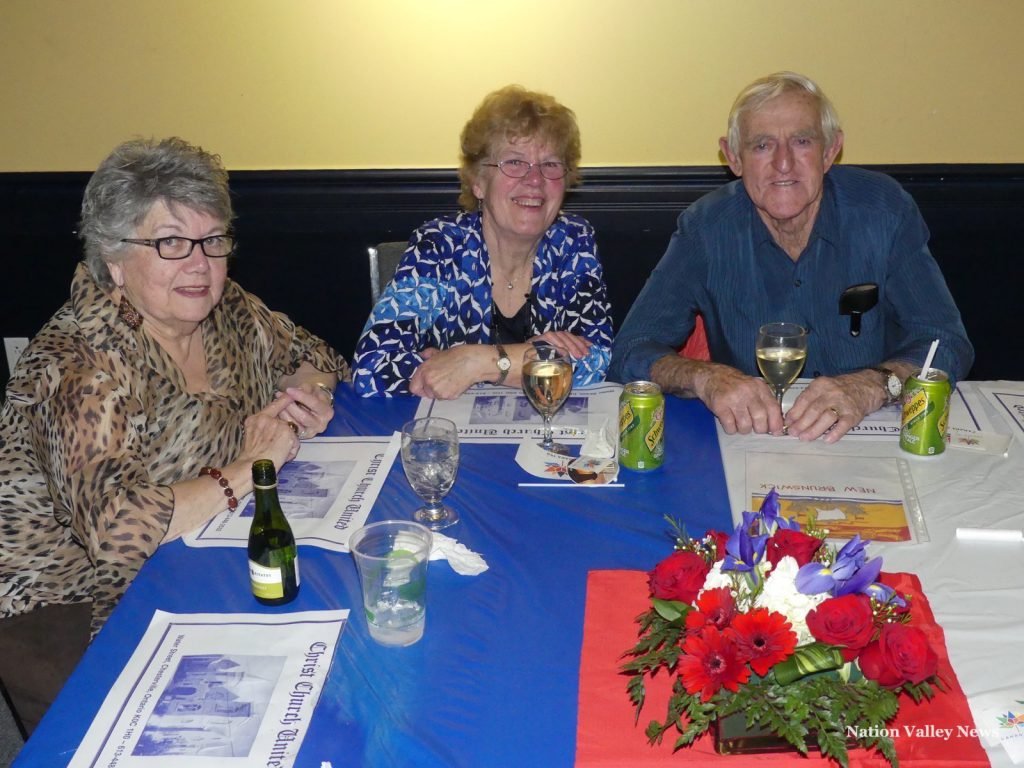 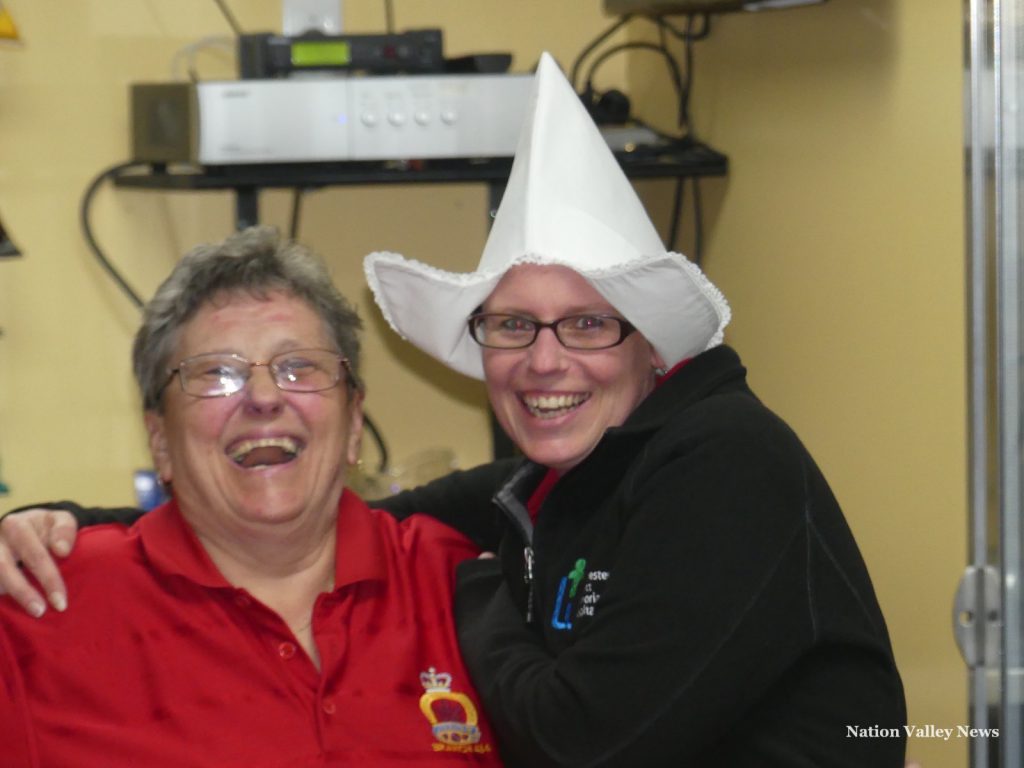 Above, DJ Jamie Shadbolt spins some tunes for the well-received dance that kept a lot of the attendees on their feet.

Advertisement — We Can Contracting Sales & Installation