BERWICK — Some of the mystery has been lifted on the locations of proposed wind turbines in North Stormont.

New mapping released by the developer last month narrows down the uncertainty by showing the precise coordinates of 58 potential turbine sites. But which of those sites will have actual turbines built on them remains unknown. The latest documentation from EDP Renewables indicates a maximum of 34 turbines will be erected — possibly less if the firm installs a 3.6-megawatt generator on each tower instead  of  a 3-megawatt unit also under contemplation.

North Stormont Councillor Jim Wert has told Nation Valley News that township council has been informed that only 28 turbines may be installed.

The developer hopes to break ground in 2019 on the multi-million-dollar 100-megawatt wind project. 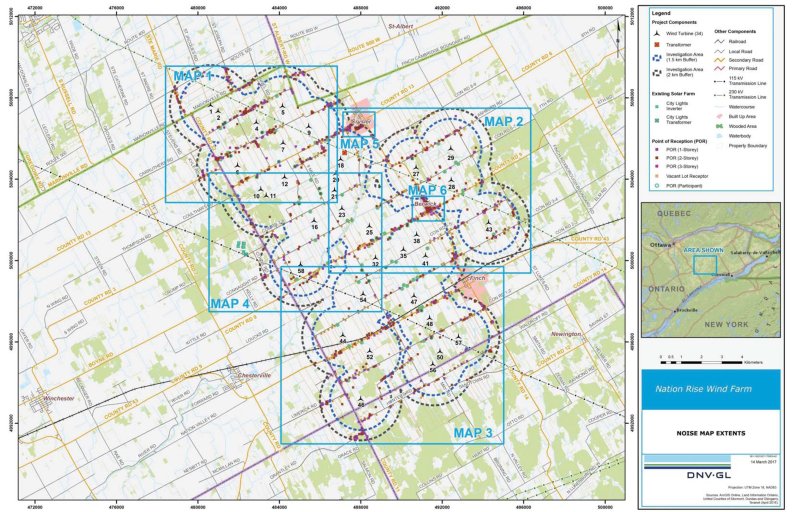