CHESTERVILLE — Beyond the boys that laced ’em up for the Jr. C team, the North Dundas Rockets organization also recognized those volunteers that helped out during this season’s exciting ride.

Rob Sadler, the Rockets general manager, was acknowledged as this year’s top volunteer with the new Peter van Kessel Memorial Award — named after the late stalwart supporter of the team.

van Kessel’s widow, Pauline, and their children, Lise Buma and Peter Jr., delivered the trophy in his honour.

The elder van Kessel was a grandfather to three members of the 2016-17 Rockets’ squad when he passed away the day before Christmas last year.

The team winners were reported earlier in Sadler’s column, The Rockets’ Launch Pad.

Also included below is some highlight footage of player awards at the team’s April 2 Awards and Appreciation banquet. 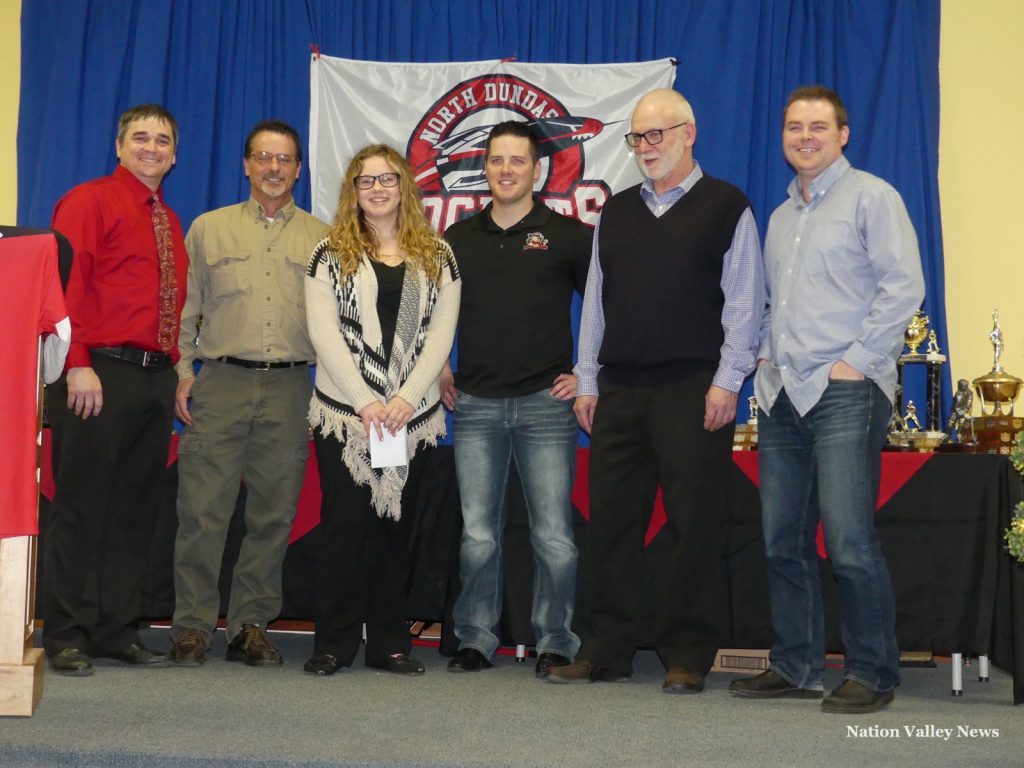 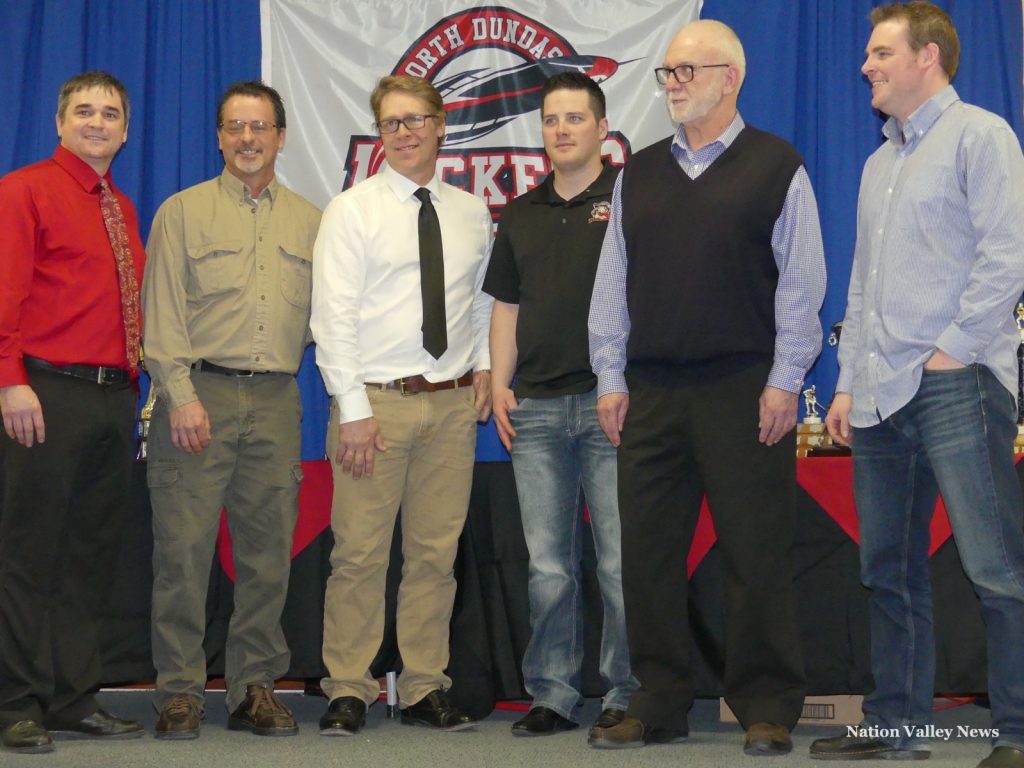 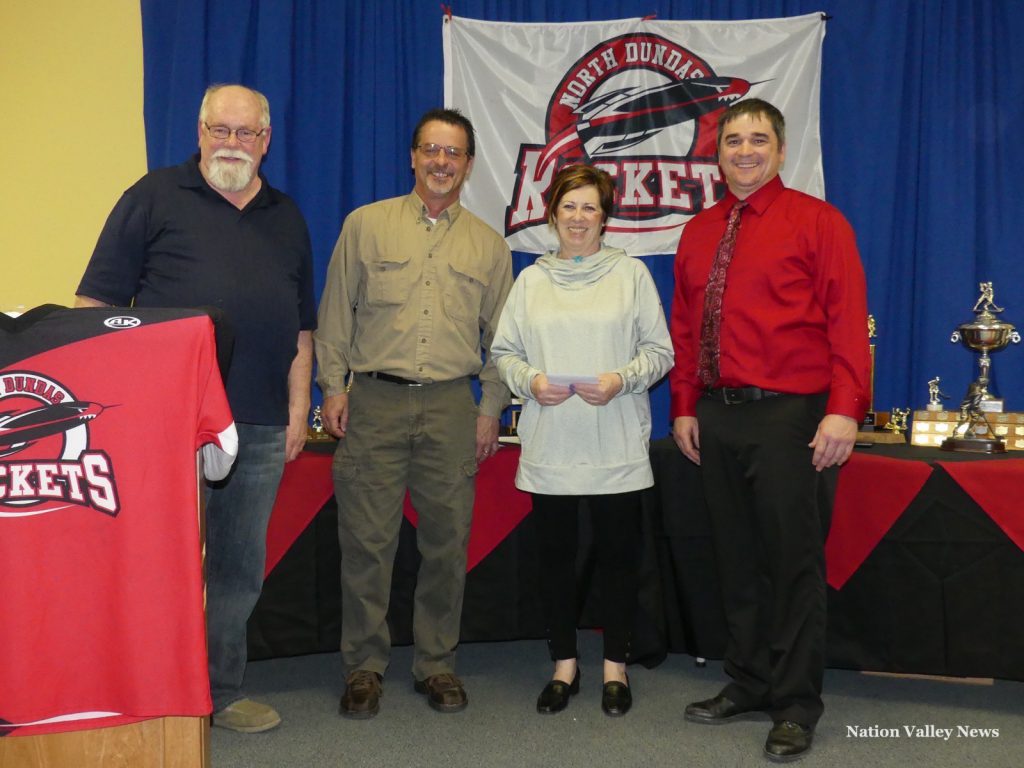 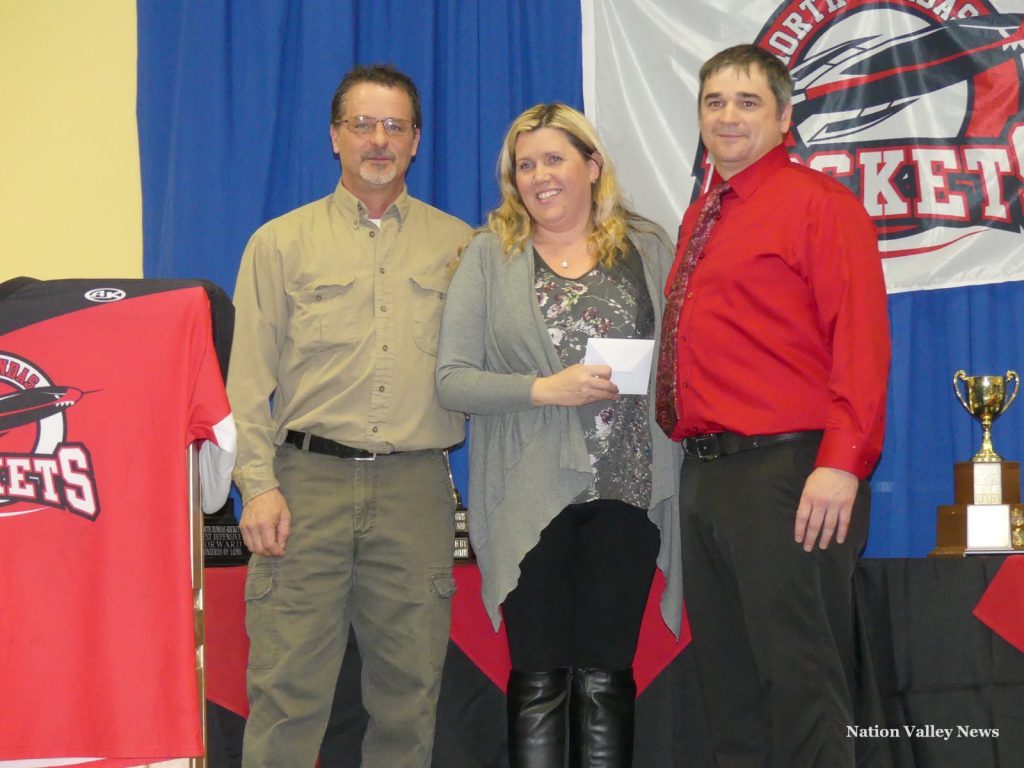