Next up is Rotary Rose Day, order below

CHESTERVILLE — Nine hundred rubber duckies splashed down and were scooped up in near record time on Saturday.

The Chesterville Rotary Club’s annual Duck Race — now renamed as a memorial race in honour of late club supporter Peter van Kessel — went ahead as scheduled in the South Nation River April 22. Stan Vanden Bosch tipped the yellow cargo from the front-end loader of his tractor at the County Rd. 43 bridge at 1 p.m. Twenty-five minutes and three seconds later, van Kessel’s son and granddaughter — Peter Jr. and Laura — fetched Mike and Angela Gruich’s first-place duck (no. 238) from the water at the Main Street bridge in the village. The Gruiches get a $500 prize with the winner.

The weather was overcast but free of rain, and the swollen river ensured a swift flow to the finish line this year. Last year, the top three floaters took more than an hour and twenty minutes to finish the race.

A tradition going back more than two decades, the event raises money for various Rotary causes. 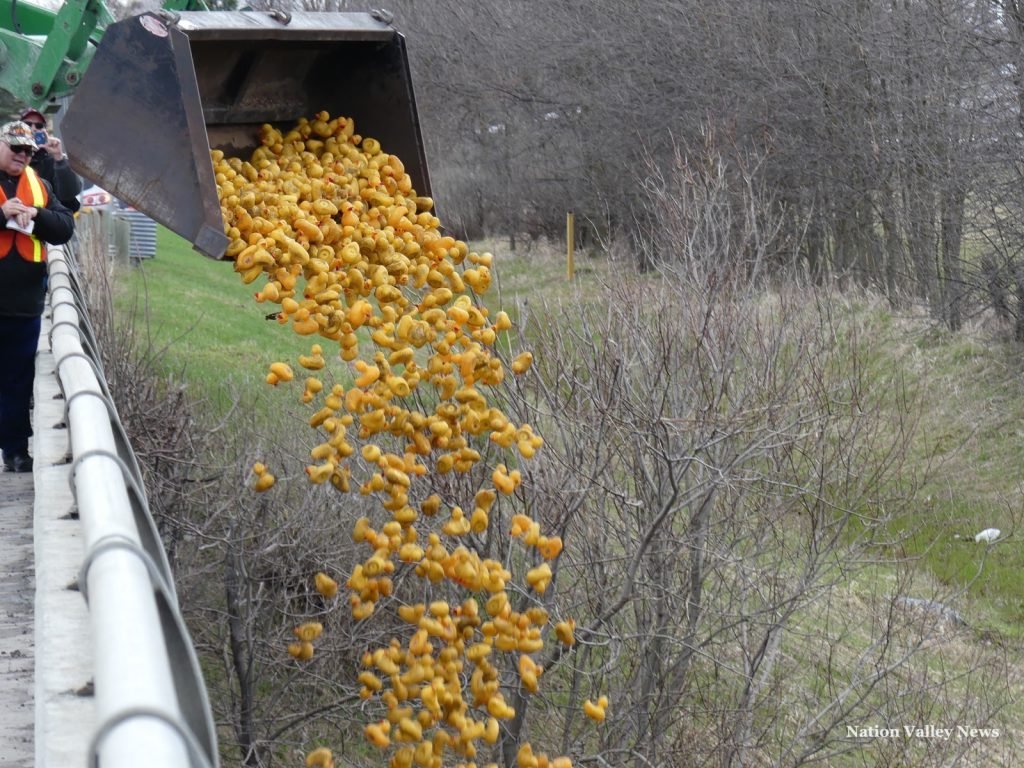 See more photos from the event in the gallery below.

Meanwhile orders are being accepted now for the Chesterville Rotary Club’s next annual fundraiser, Rose & Carnation Day, May 12-13. Order from a local Rotarian or online here: http://tinyurl.com/rotaryroseday