Johnny Vanderveen (front, centre) is celebrated by his colleagues with the Chesterville Fire Station at his May 6 retirement party/roast. Courtesy photo

CHESTERVILLE — Leave it to firefighters to really turn up the heat on a retiring colleague.

Vanderveen’s fellow fighterfighter and neighbour Mark McMillan served as emcee at the podium, then turned over the microphone to a series of roasters — Mike McMahon, Jimmy Henderson, Doug Merkley and the roastee’s own son, Chad.

One hundred and seventy dinner-goers took in the show. 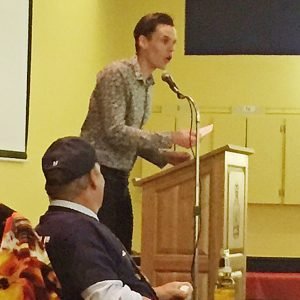 The recipient of all the attention also received a wooden plaque replica of the North Dundas Fire Department crest, made by Jeremy Plummer.

He explained it was time, after 30 years, to allow “some young guys in there” to take his place at the station.

He conceded it became more difficult to serve as volunteer firefighter in Chesterville when he stopped working in the village. His former longtime employer, the Nestlé plant, could accommodate employees leaving on fire calls at the drop of a hat, 24 hours a day. “When I worked at the plant, they would let us go on calls, and they would replace us,” explained Vanderveen, whose current job with Thompson Electric sees him travelling around the Ottawa Valley on any given day.

“I always loved it,” he said of three decades in service with the Chesterville station.

But Vanderveen isn’t severing all ties. Expect to see him volunteering on the station’s muscular dystrophy boot drive, he said, and babying the station’s ceremonial 1953 pumper truck that he helped restore. 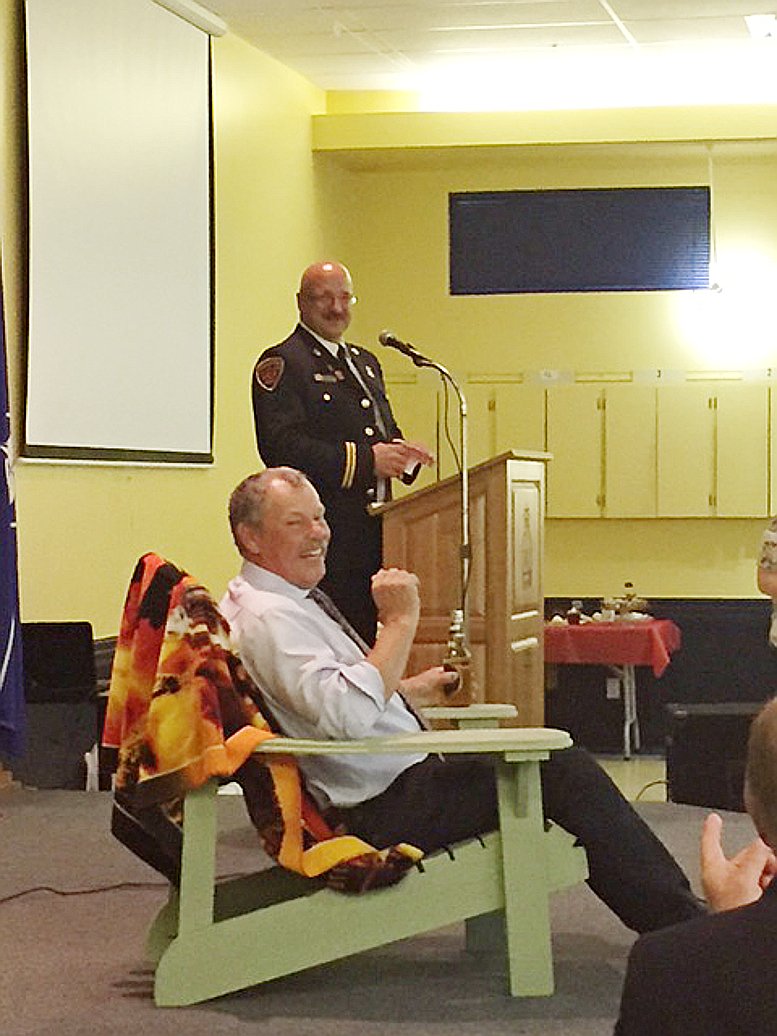 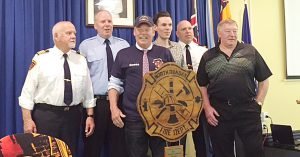 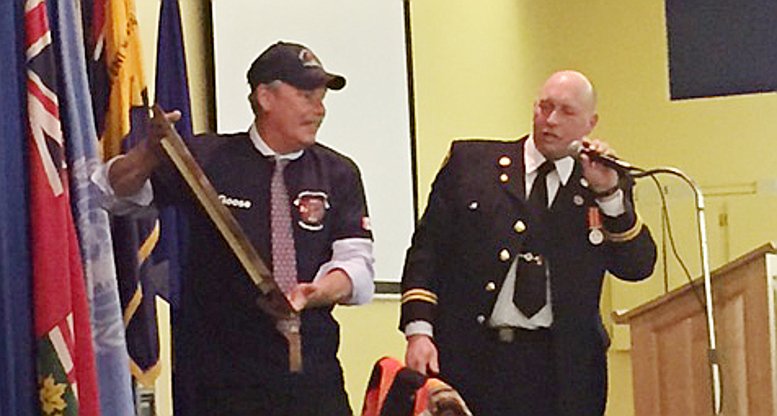 Be sure to catch the North Dundas Local Business Expo, May 13