AVONMORE — A little bit of country and a little bit of rock ‘n’ roll came together in support of Camp Erin last Friday night at North Stormont Place.

More than 100 local women gathered for the “ladies night” annual fundraiser that chose this year to help the camp for bereaved children in Eastern Ontario.

Beyond the hilarious costumes and skits from that night’s theme — I’m a little bit country, I’m a little rock ‘n’ roll — the 150 women in attendance raised a serious sum of just over $11,000 for the cause.

The revellers enjoyed a buffet meal at 15 tables — each with their own costumed sub-theme, from Rock ‘n’ Roll Hall of Fame, to Gunsmoke, to Heard it through the Grapevine.

The Eastern Ontario Camp Erin is one of 48 in North America and one of three in Ontario. The next closest is set to be established in the Montreal area this summer, according to Smith.

The Eastern Ontario version was spearheaded by Lianne Acres-Hanna of Finch and North Dundas Mayor Eric Duncan — with seed funding provided by the Chesterville Rotary Club. Operated by Carefor Health & Community Services staff, the three-day camp at Rideau Hill caters to youth ages to 17 who are dealing with the loss of loved ones. “A parent, sibling, grandparent or caregiver who has died,” Smith explained. “We need them all over,” she said of the Camp Erin initiative.

Money raised that evening will go a long way to fulfilling the financial requirements of this year’s camp. Smith noted that operations are funded solely through donations, with a fundraising goal of $30,000 each year.

Sisters Amber Kilgour (left) and Charity Stucki of Maxville made a convincing Slash and Axl of Guns N’ Roses. 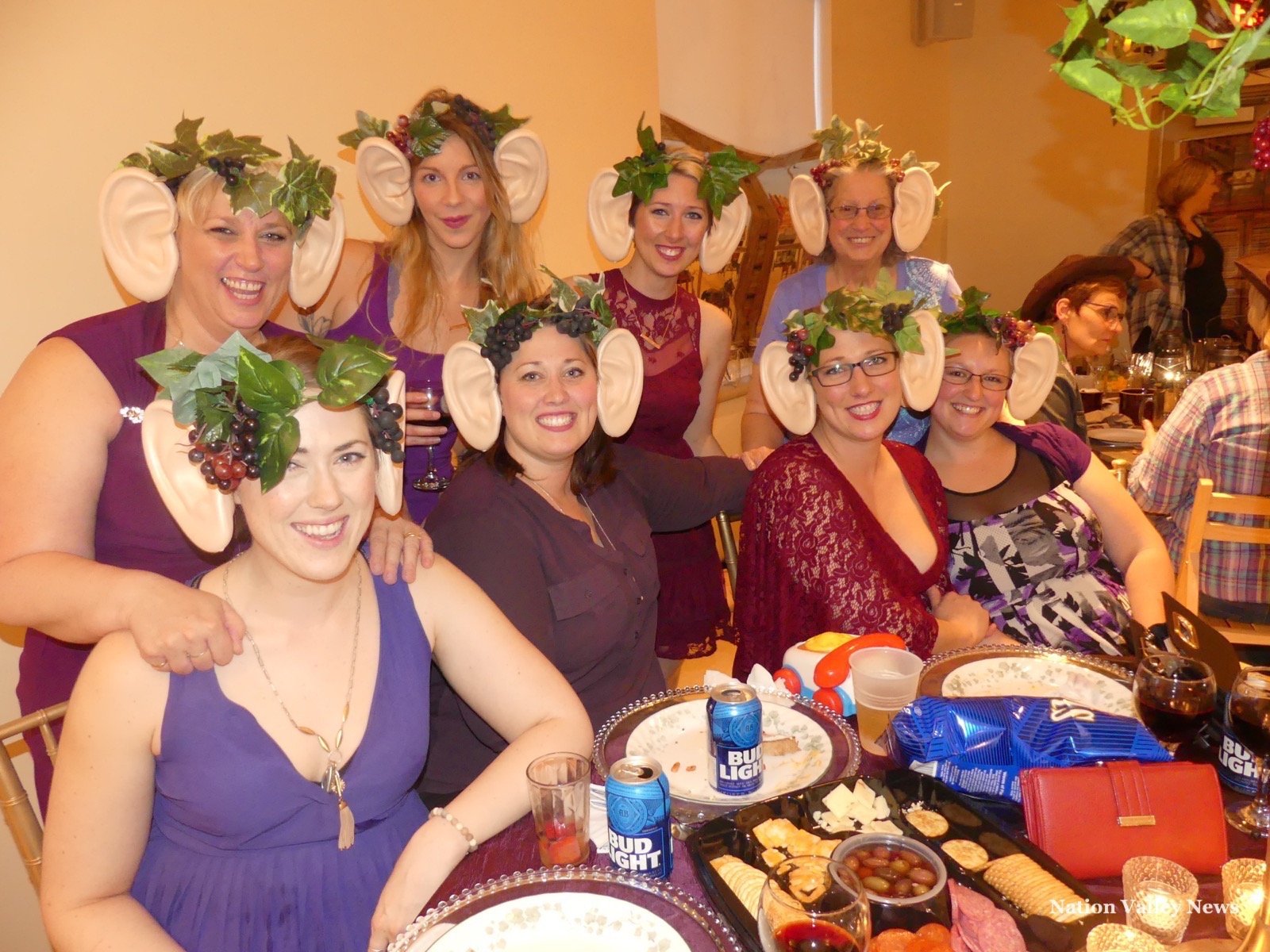 Heard it through the Grapevine. Zandbergen photo, Nation Valley News 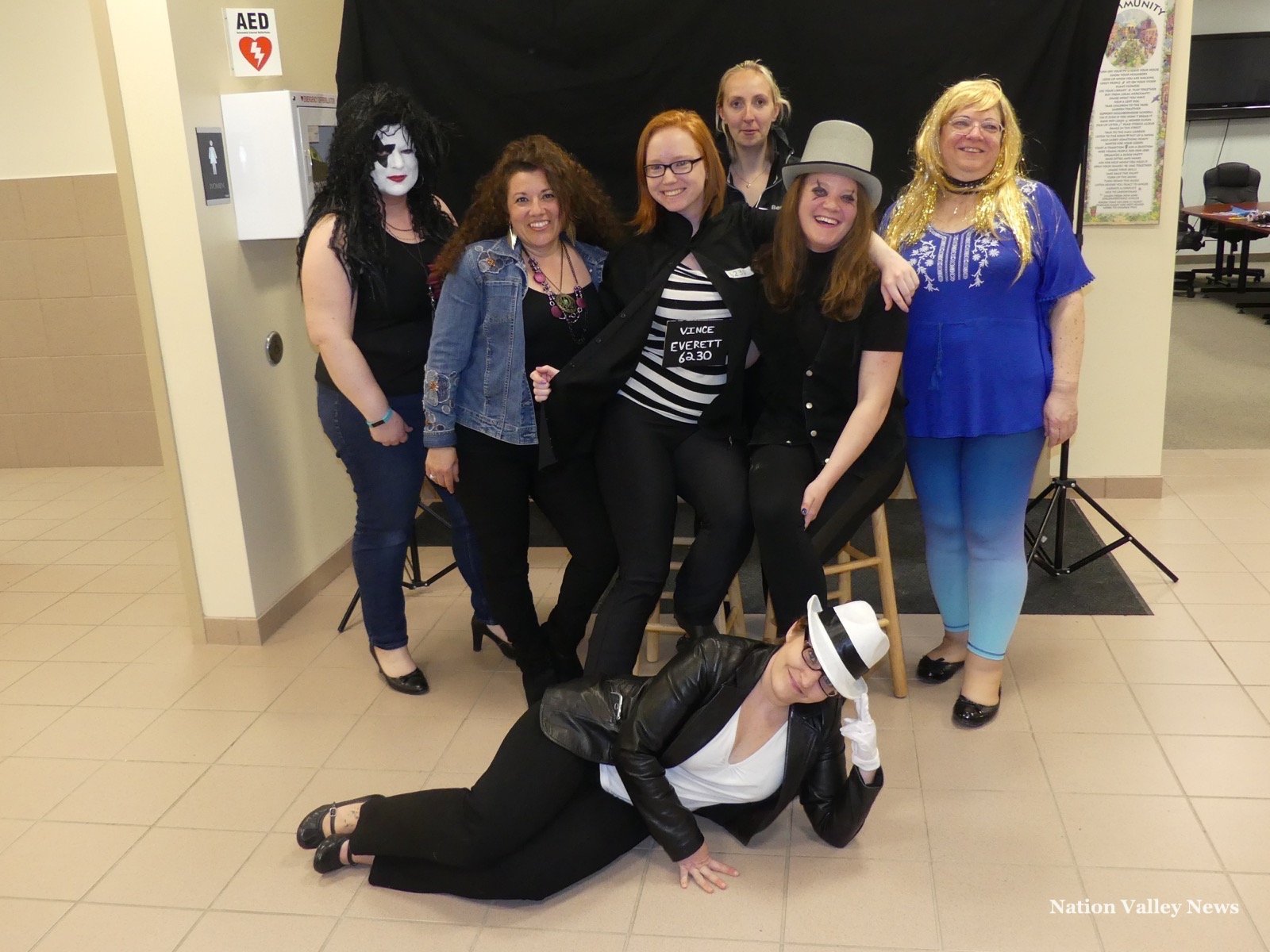 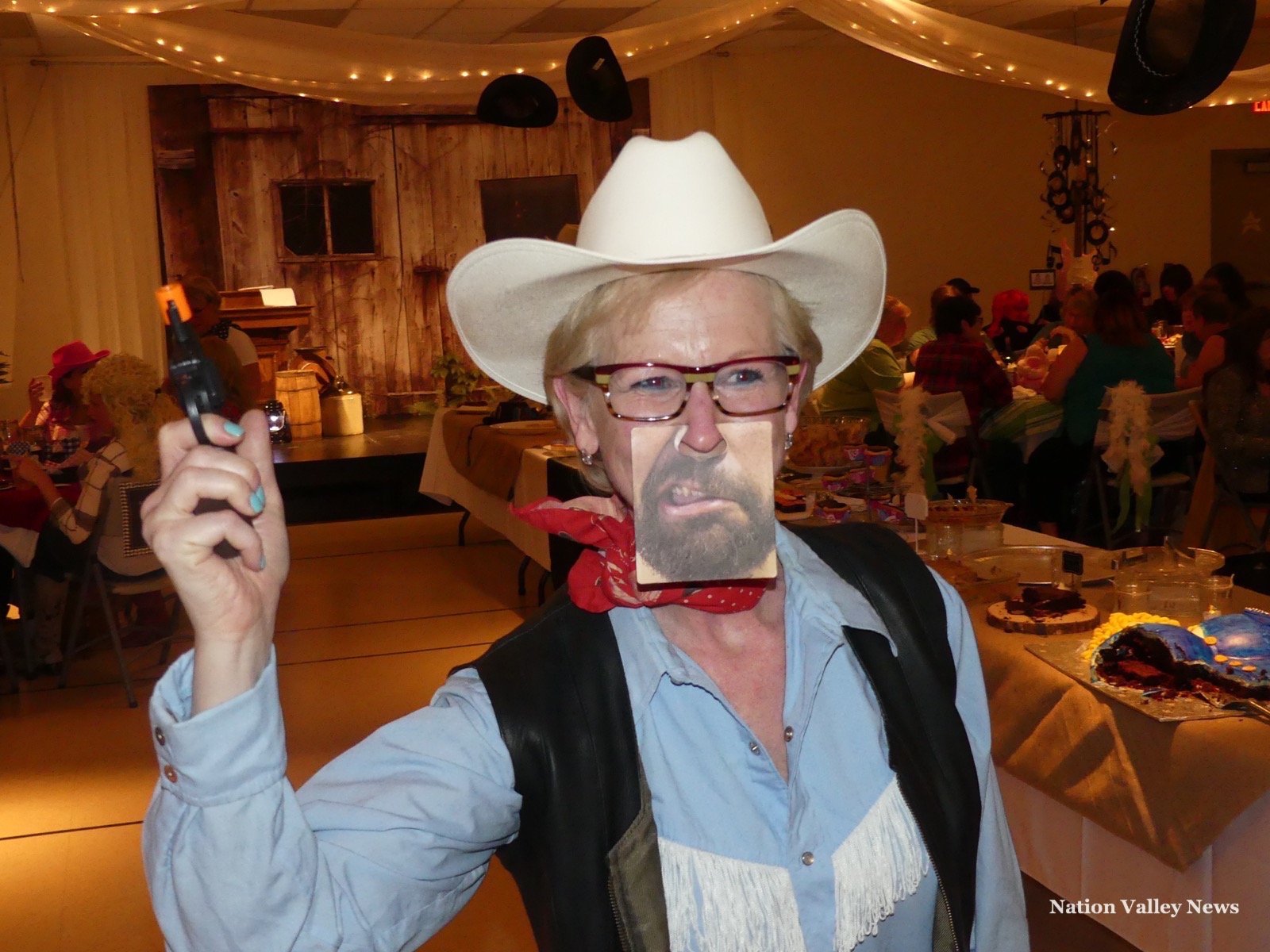 A simple card transformed some of the revellers into grizzled cowboys.
Zandbergen photo, Nation Valley News