Catherine Szaulis of Chesterville shows off some of her superhero and Trekkie inspired work on the village waterfront walkway, during the 2017 Waterfront festival in Chesterville. Zandbergen photo, Nation Valley News

CHESTERVILLE — The skies were overcast but Chesterville defied the cool conditions to frame up quite an art show and community festival on the weekend, June 3-4.

And in the end, the seventh annual Art on the Waterfront only saw a bit of sprinkling rain on its second day — certainly not enough to dampen spirits or erase the day as happened during downpours on festival Sunday last year.

Event Chair Cheryl Beasley estimated the crowds drawn to this year’s attractions at 2,000 to 3,000.

More than 50 artists — several from as far away as Toronto — took part by displaying their works on the South Nation River shoreline and other areas of the village. Nine bands performed on a revamped refreshment tent area on the south side of the river. Front and centre at the Mill Street location was a professional portable stage and sound system supplied by Peter Gilroy’s company, Ottawa Special Events.

“All of this is made possible by sponsors and volunteers,” observed Michael ‘tic’ Houston at the conclusion of the festival on Sunday. “Without volunteers, this would not be happening.”

In the youth talent show, Leala Mikkon took top place in the age 10 and up category, with Laing McNamara and Courtney Dore capturing second. Among competitors age nine and under, Addison Simpson and Lauren Hardy landed in first place, while Hannah Backs came second.

Xander Pilotte won the Art Design Contest. In the Colouring Contest, Haley VanGilst came first in the age eight to 10 category while Morgan Simpson was tops among ages five to seven. 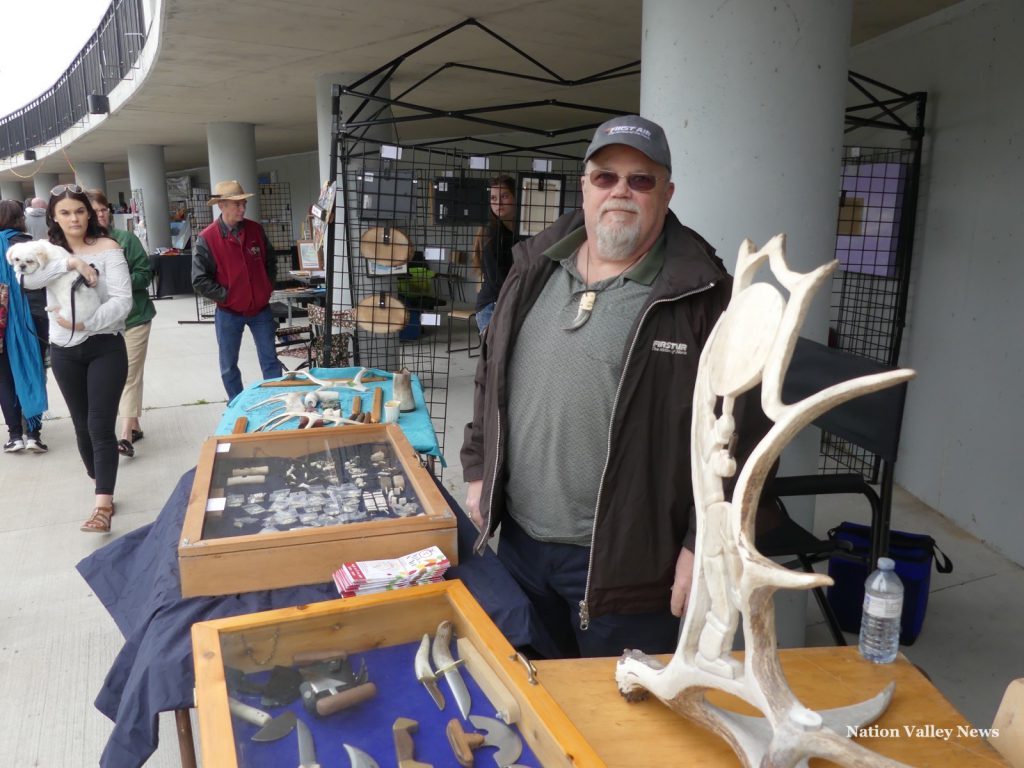 Photos of the first and second day of 2017 Art on the Waterfront appear in the galleries below.