Seen in photo above. The NDDHS recipients of the MVP and Athlete of the Year awards of the 2016-2017 school year. Smith photo, Nation Valley News

CHESTERVILLE — The school year is coming to an close, and that means the end of school sports as well.

Cheryl Williams hosted the event as the master of ceremonies and was also the main organizer of the ceremony.

Awards were handed out for team MVPs and top male and female athlete of the year for each grade.

The team MVPs were named for each sport and team: 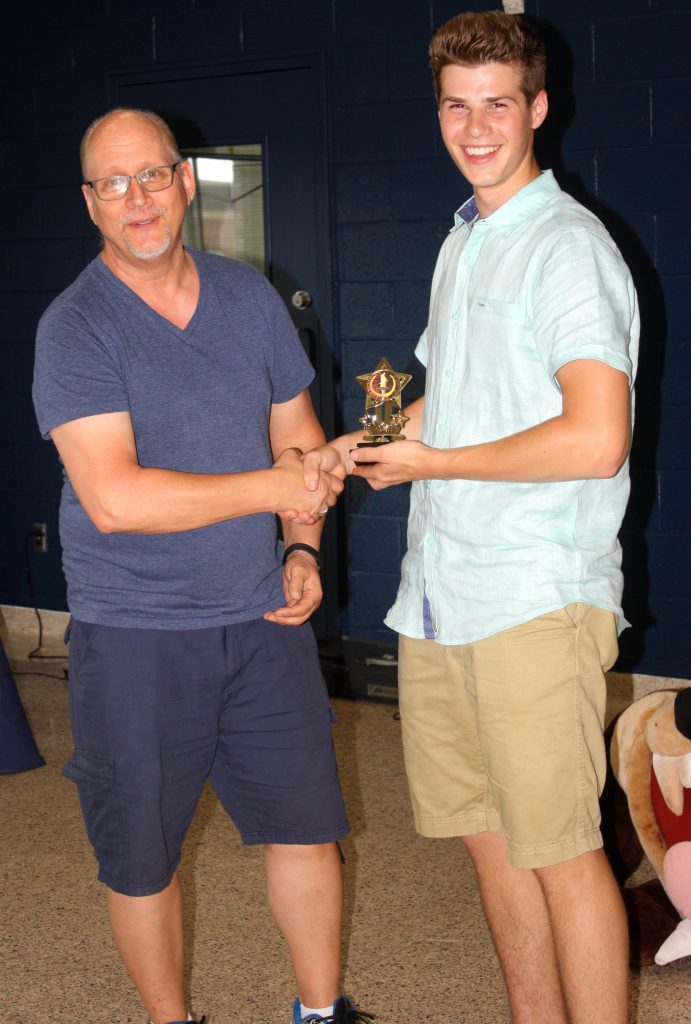 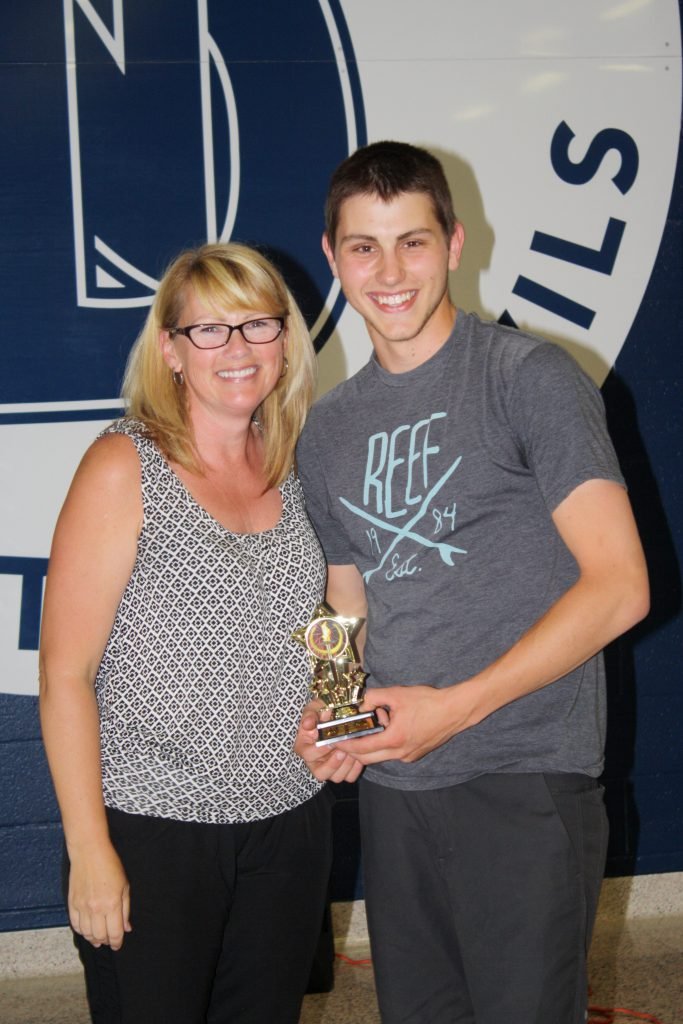 Special recognition was given to: Erin Wheeler

There were also two special awards handed out, honouring two very deserving students. Brooke Stewart was recognized with the Student Contributing the Most Award for her dedicated work both as a coach for the girls basketball teams as well as her volunteering before and after various school events.

The Karen Moffat award is given to a student who has shown immense determination and perseverance. This year’s recipient was Fabienne Puentner who experienced two big crashes during tournaments this year. Both times she injured her legs and was bleeding but somehow still managed to complete both of her races.

In other news from the event, thanks were expressed to Troy Smith for his 19 years of teaching and coaching at NDDHS.

Bell spoke on behalf of students and faculty and wished him the best of luck. “I’m sad to see him leave. It’s hard to run extra curricular activities without coaches like Mr. Smith.” said Bell.

He explained that over the years as a coach, specifically for lacrosse and hockey, he was amazed how many students he taught that had “never held a lacrosse stick before.” 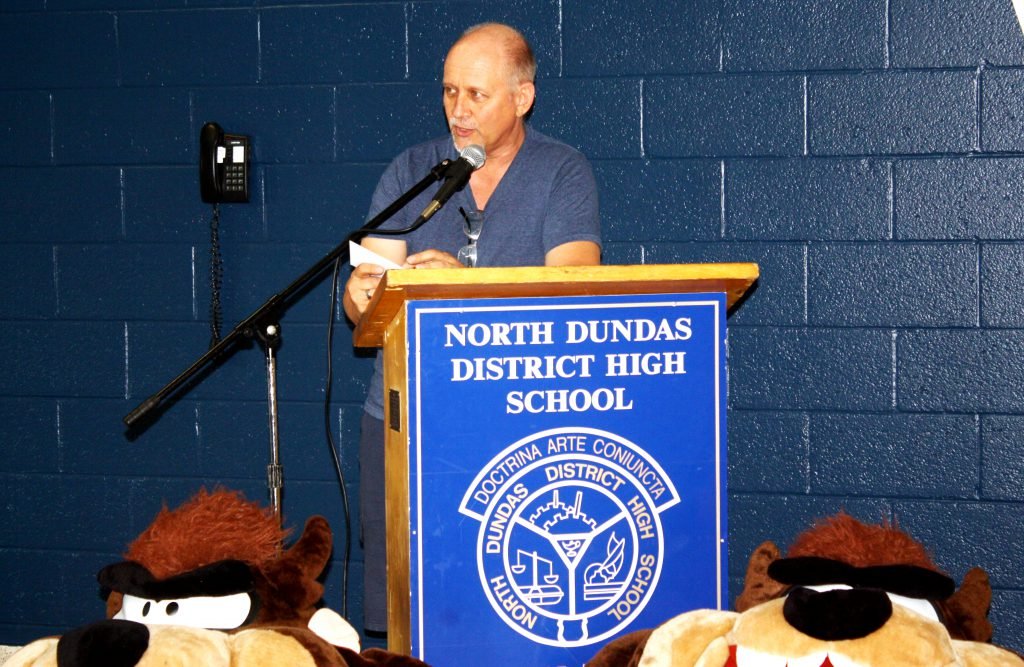 Seen in photo above: Troy Smith saying giving thanks and goodbyes to students, and his colleagues after 19 years at NDDHS. Smith photo, Nation Valley News

He and his North Dundas boys hockey team lost to Seaway at this year’s Dundas Cup, and he was undoubtedly sore on that subject. With that in mind he wrapped up his thank-you speech by stating, “I know that that cup is coming home! I just know it!”

The Orleans resident will be missed as he heads off to Carleton Place High School to teach and coach in September.