WINCHESTER — The Dundas County Youth Group’s third annual ‘Touch a Truck’ event drew a slew of youngsters and their parents to see a plethora of gleaming machinery at 100 Club Park beside the Joel Steele Community Centre.

It was the first time the popular event was co-organized by Shelby Beckstead and Jessica Karty in the absence of the Group’s regular longtime coordinator, Kaitlin Herfkens, currently on maternity leave.

“Last year we had 350 families, and we’re hoping to have quite a few more this year,” said Beckstead at the sunny June 10 event.

The 2017 edition also included a vendor fair under tents for the first time.

One of the highlights of the display was the return of a Canadian Forces Medium Support Vehicle under the care of 33 Signals Regiment reservists Matt Wubs and Eric Armstrong, both corporals. The hulking six-wheel-drive machine carried a portable communications and command post and 25 kW generator. The modern, six-year-old vehicle — still considered ‘new’ by military standards — even boasted air conditioning.

Children sat behind the wheel of it and other equipment at the site, and enjoyed racing through an obstacle course put on by firefighters with the Winchester Fire Station.

Main sponsors for the day were Beckstead Heavy Equipment and Carty Appraisals. 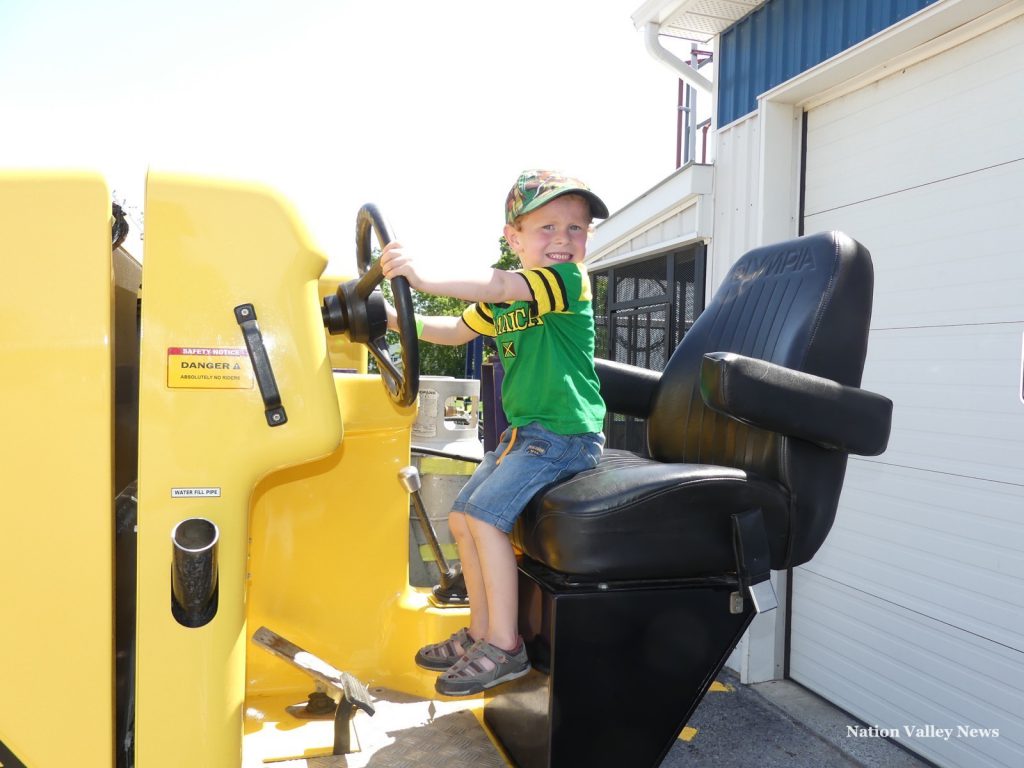 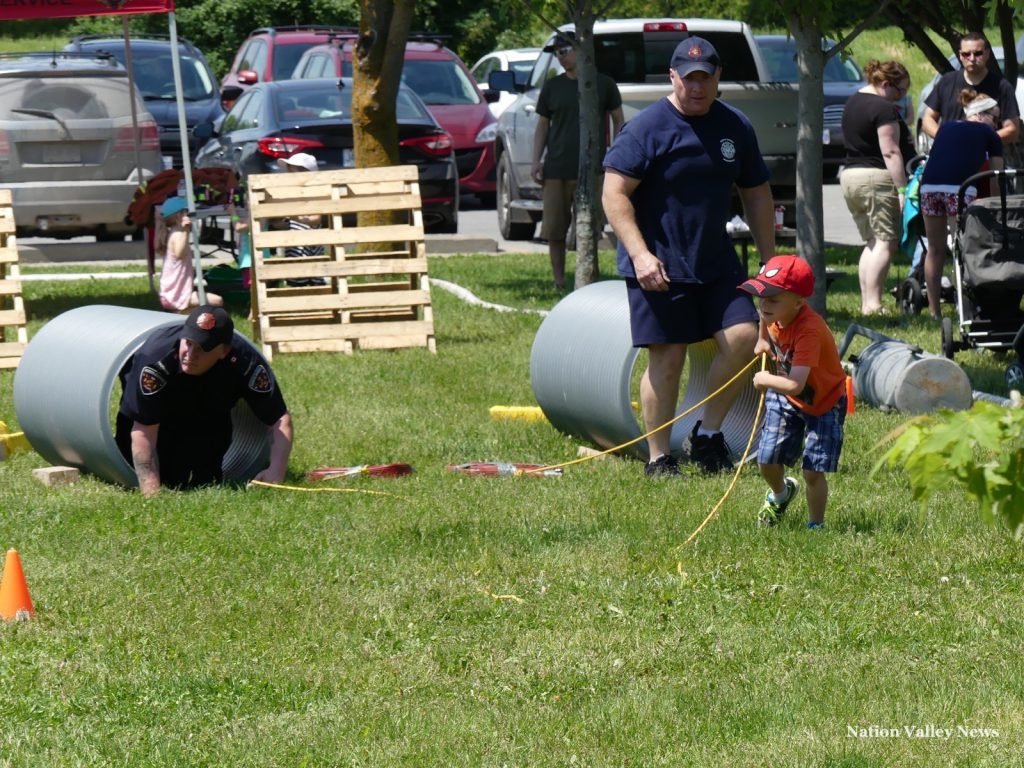