CHESTERVILLE — One hundred and fifty recipients of a special sesquicentennial medal — designed in Chesterville — have been selected and notified by the office of local MP Guy Lauzon. 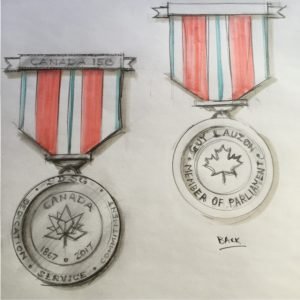 Riitano’s pencil-drawn rendering of the design, including his original striped ribbon, which was swapped out for a maple leaf motif. Courtesy photo

In celebration of Canada’s milestone anniversary, the MP recently launched his own SDSG Canada 150 Service Medal, a commemorative piece in recognition of residents of Stormont-Dundas-South Glengarry who have made outstanding contributions to their community.

The honour is a local one, spearheaded and funded entirely out of the office of the Tory MP — after the governing Liberals opted not to initiate a national service medal for regular citizens as part of the country’s 150th birthday.

It’s so local that Lauzon’s chief of staff, Adrian Bugelli, approached Riitano with the basic idea over the bar counter at the McCloskey Hotel earlier this spring, where the barkeep sketched some initial designs on scraps of paper. He refined it further, then sent it off to his brother in Toronto to be digitized into vector graphics prior to manufacture. Known for his murals, Riitano said the effort was his first crack at designing a medal, adding he was honoured to be chosen for the job. 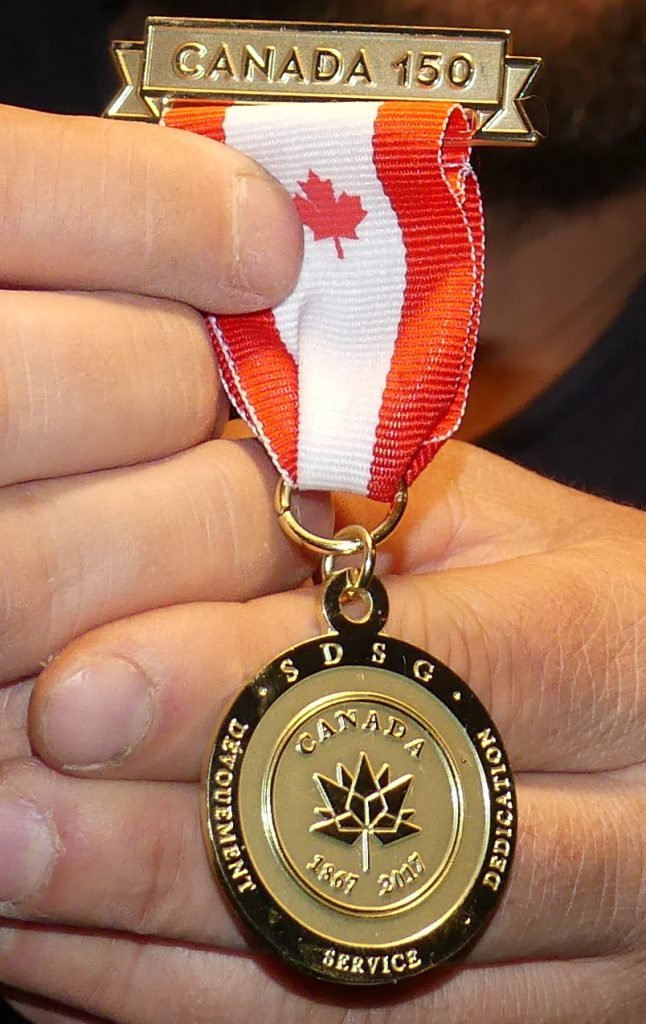 Medal recipients will be gradually awarded their medals at Canada 150 festivities across the riding — the first two of which were held over the weekend in Cornwall and Morrisburg.

Our country has just turned 150, but did you know Canada wasn’t even half that age when a place called “Terrace Green” first began welcoming guests one mile west of Winchester? See the intriguing story of how today’s Terrace Green B&B discovered its history of hospitality.