SOUTH MOUNTAIN — It was cloudy skies and rain storms for most of Canada Day but that didn’t stop the folks of North Dundas from celebrating in South Mountain.

“It would take a bit more hail and snow to stop North Dundas to reschedule their Canada Day celebrations,” chuckled Mayor of North Dundas Eric Duncan.

Despite the excessively soggy morning the afternoon turned out to be sunny and hot — enough so that many children decided to take the plunge into the knee high deep ditches of the fairgrounds.

Several were seen swimming, splashing and running through water puddles. They were ‘happier than pigs’ sopping with mud and water from head-to-toe.

There was plenty of entertainment for all ages.

And the audience was blown away by the powerful voice of the young Michaela Cote — who is headed to Nashville to sing on the biggest stage of country music, the Grand Ol Opry, next month.

Fresh Horses got the audience’s participation with king-of-country-music Garth Brooks songs. Les Smith — lead singer of Fresh Horses — was fascinated by a young fan in the front row who sang and danced along to all of his songs. He nearly shed a tear after he invited four-year old Carter of Morrisburg to come up on stage to sing ‘Happy Birthday Canada’ with him.


Above, four-year-old Carter of Morrisburg almost brought a tear to the eye of country superstar facsimile Les Smith with a candid expression of patriotism while wearing a red cowboy hat and knee-high red cowboy boots.

The Fresh Horses frontman also got spectators to “stomp their rubber boots” in a “good ol’ fashion line dance” as he called it.

Ambush rounded out the night with a set before and after the fireworks.

Many were overly impressed with the fireworks display. One man observed, “They were way better than normal years in Ottawa. In fact even better because I didn’t have to wait for hours in line.”

Eric Duncan wanted to give the volunteers a “pat on the back for making this happen,” stressing that the day would not have been possible or nearly as successful without them. 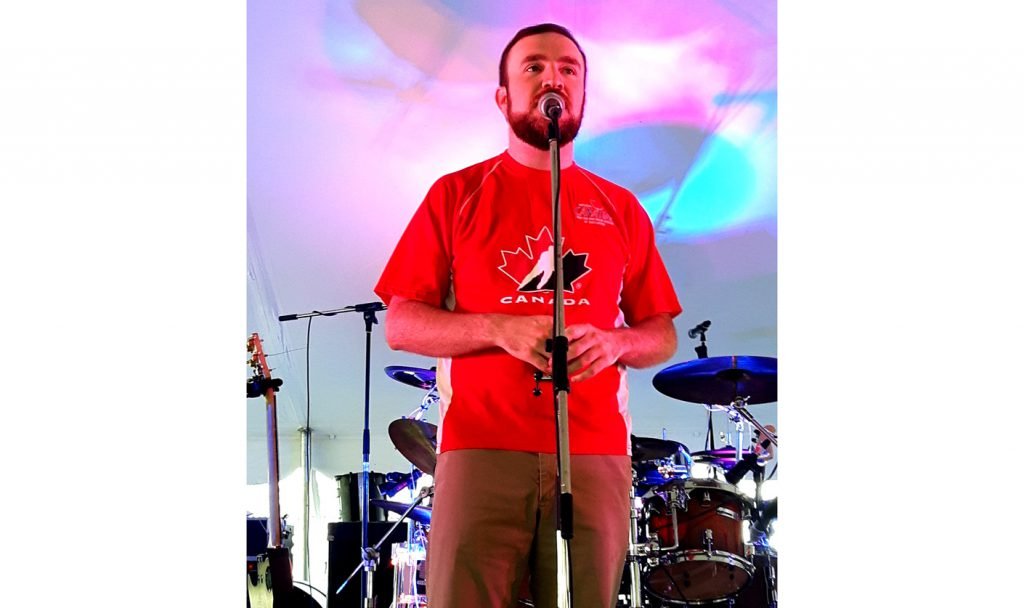 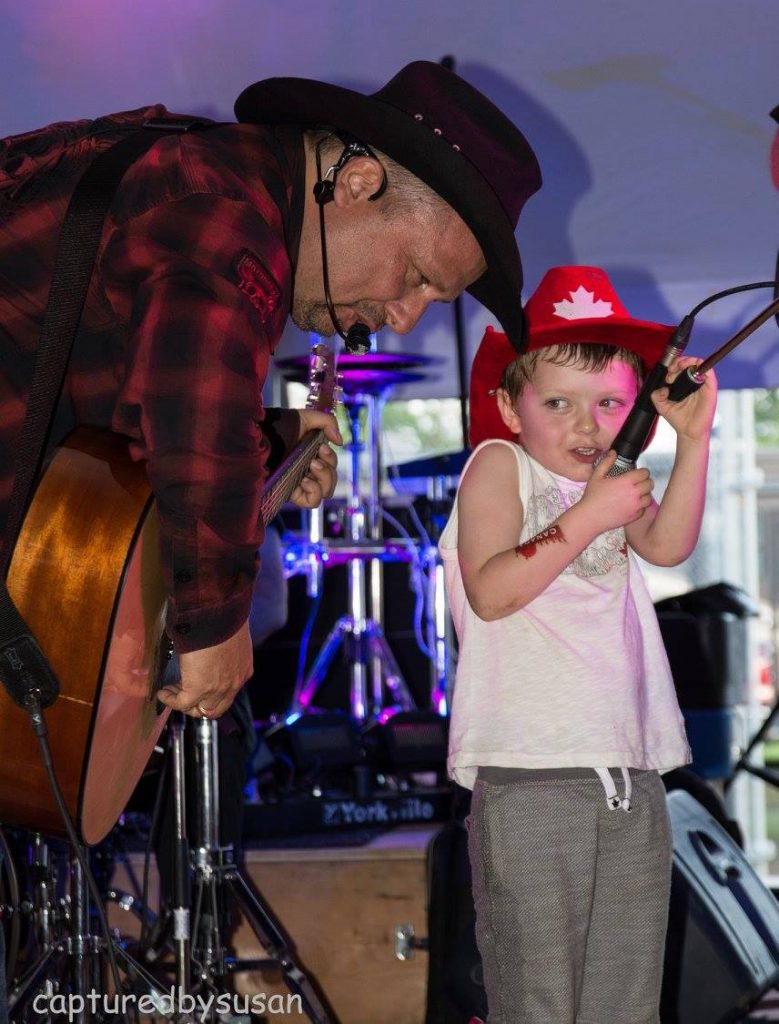 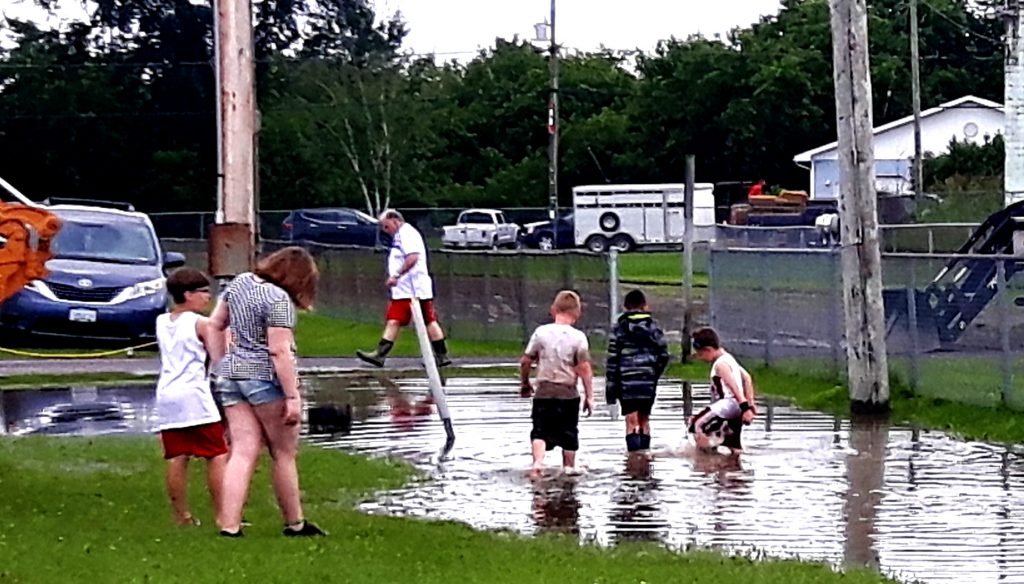 The precipitation earlier on Canada Day created its own fun at the South Mountain Fairgrounds. Smith photo, Nation Valley News 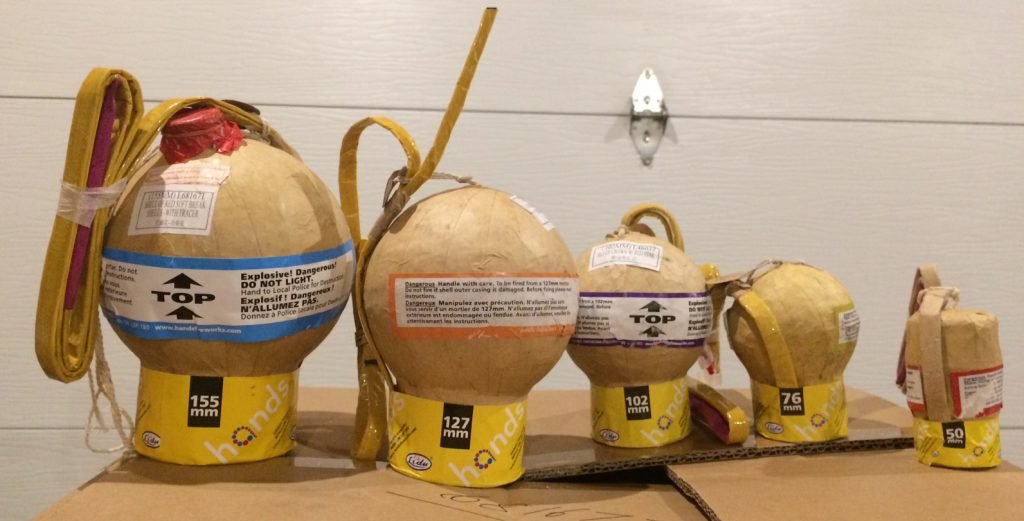 Rob Foster, one of three licensed supervisors with South Mountain’s annual fireworks show, provided this image of some “mortar shells” — 2-, 3-, 4-, 5- and 6-inch units —  destined to explode colourfully in the South Mountain sky, Canada Day evening. He also expressed thanks to J.D. Van Noy of Lannin Lumber for donating materials used in the creation of a new launching rack. Foster, Trevor Mortimer and Dan Walker have been responsible for the local show for the last 16-17 years and are now training their replacements on the North Dundas Fire Department. 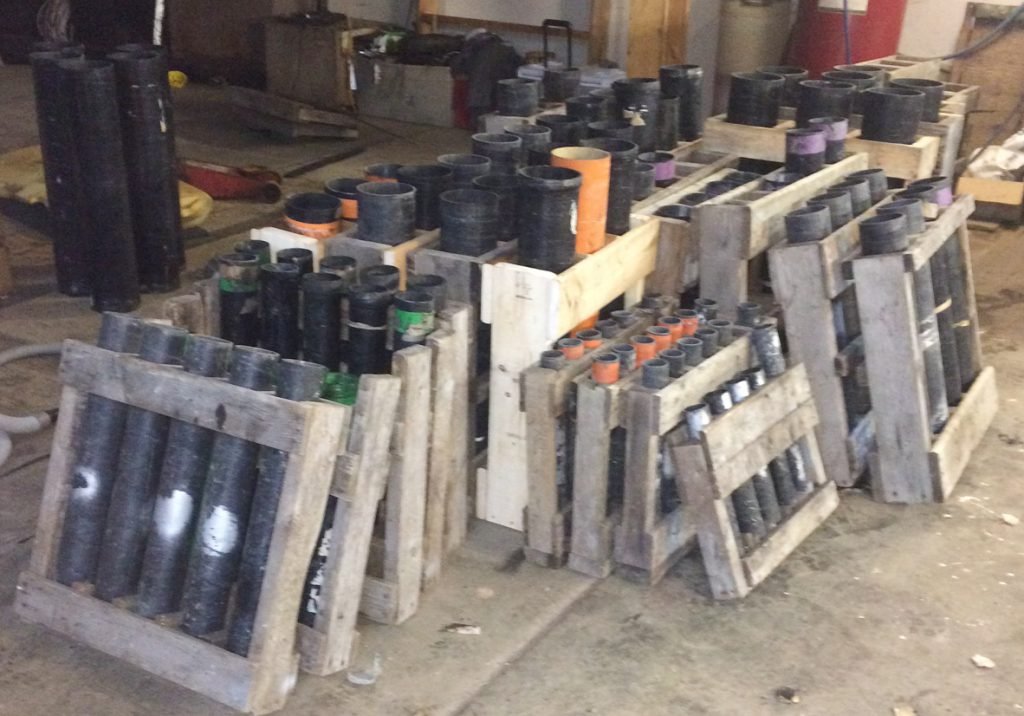 Mortar tubes, before the South Mountain fireworks show, as photographed by Rob Foster. 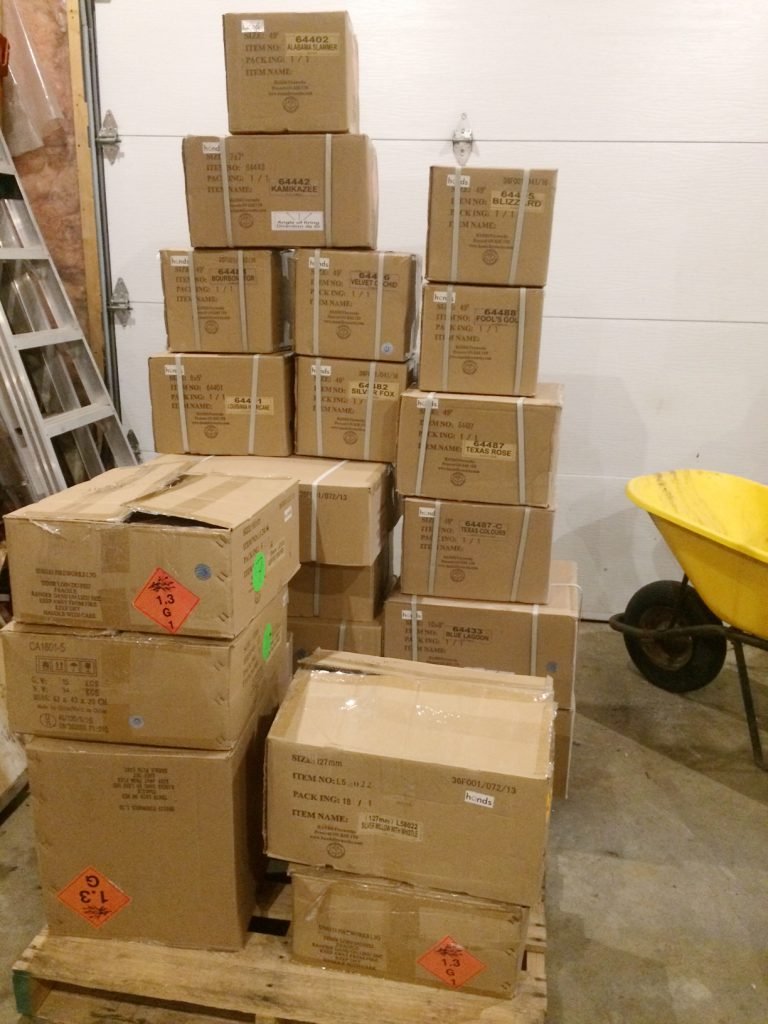 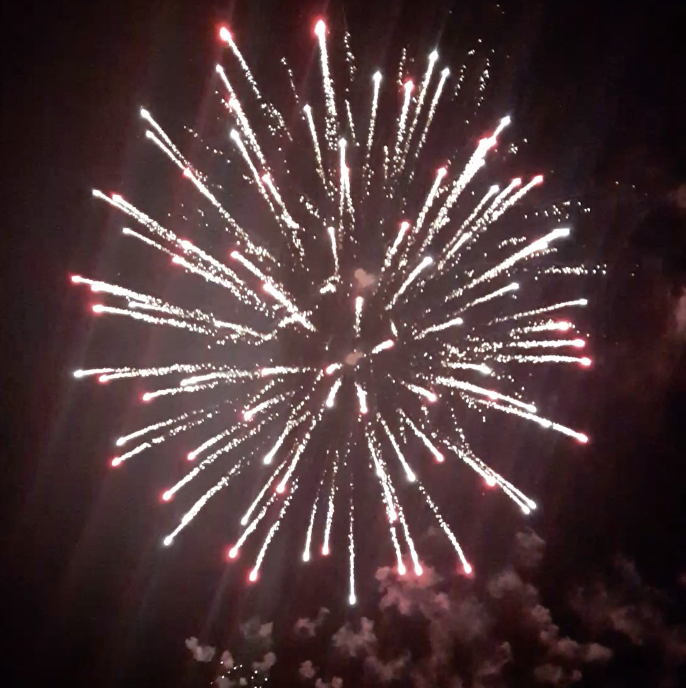 And the fireworks, as they appeared ignited on Canada Day at South Mountain. Smith photo, Nation Valley News

Our country has just turned 150, but did you know Canada wasn’t even half that age when a place called “Terrace Green” first began welcoming guests one mile west of Winchester? See the intriguing story of how today’s Terrace Green B&B discovered its history of hospitality.