CHESTERVILLE — Joe Cass just completed his one-year term as Rotary President and has passed on the torch to Martin Derks, a former president who has returned to take on the leadership role.

Derks led the club over 30 years ago, in the 1980s, and now will once again take over the reins.

The incoming president expressed his vision for boosting membership numbers in the club, which was established in 1938.

Quite active on Facebook and a general fan of the latest online technology, Derks intends to do more outreach via the committee’s Facebook page.

In other Chesterville Rotary news, the Club has commissioned five more steel maple leaves to beautiful Chesterville, after receiving confirmation of a $1,000 North Dundas Township grant to match $1,000 donated by their friends on the Chesterville Lions Club. The Rotarians have also ordered 10 new LED snowflake units. Those winter decorations, like the maple leaves, are the handiwork of Industrial Stainless on Joseph Street.

Meet Me on Main Street

The Rotary Club will be serving up some delicious hotdogs tonight (Wednesday, July 26) during Meet Me on Main Street. Be sure to grab a bite to support the club, 5:30 to 8 p.m. 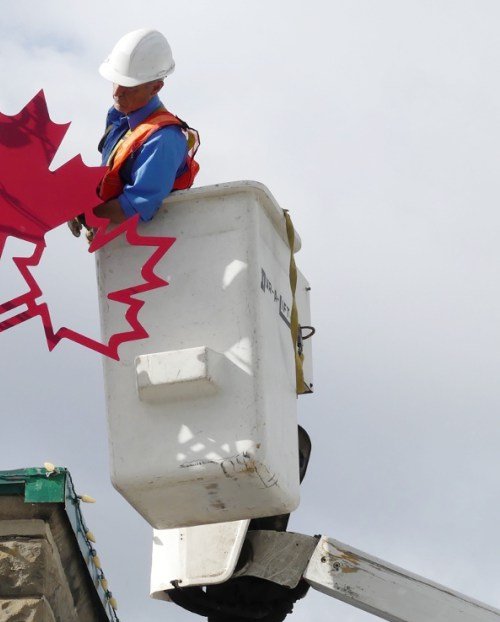