John and Beate Stewart (at left) and (at right) Lois Beckstead (front) and Thea Chouinard — in Winchester for Meet Me On Main Street in 2017. Zandbergen photo, Nation Valley News

WINCHESTER — The folks of North Dundas will meet again in 2018.

Meet Me on Main Street, the Township of North Dundas’s popular street-party series, will be back next summer, Mayor Eric Duncan announced last night in Winchester at this year’s fifth and final event date.

North Dundas launched the series this year as way of celebrating Canada’s sesquicentennial.

Speaking on behalf of himself and council, Duncan declared to cheers: “We want members of the public to know that this has been really well received, and we are happy to announce that next year, Meet Me on Main Street will be back again in 2018.”

“This has been wonderful not only to celebrate [Canada] 150, but a lot of people have said it’s like an ‘old home week’ almost, really, in terms of neighbours getting out, seeing each other, supporting local businesses … so this is going to happen again next year. We’re super excited about it,” said the mayor. “More important, we want to thank you and everybody for participating, so enjoy the music enjoy the night.”

Among others, the announcement answered the wish of Beate Stewart. Earlier in the evening, the Dunbar resident told Nation Valley News: “I’m hoping it will become an annual thing now because, look, everyone comes out to have a good time, and it helps the community, too.”

She and her husband, John, and a group of friends attended all five of the Meet Me on Main Street dates. “We’ve loved every one of them,” remarked John Stewart, “especially that Chesterville one.”

On separate evenings, the main streets of Morewood, South Mountain, Hallville, Chesterville and Winchester were closed to traffic and transformed into large community gatherings with long rows of tables and chairs, hearty food, live music and licensed liquid refreshment on a broad swath of asphalt.

Winchester may have slightly eclipsed the 550 to 600-person count established at the previous Meet Me on Main Street in Chesterville, though it was hard to tell. Organizers packed up early as the final edition was also the first to be seriously threatened by rain. In the final hour, the sunny, beautiful weather gradually retreated as dark, ominous clouds rolled in. Township staff and the mayor were scrambling to put away all of those tables and chairs by 7:30 p.m., half an hour before the official close. 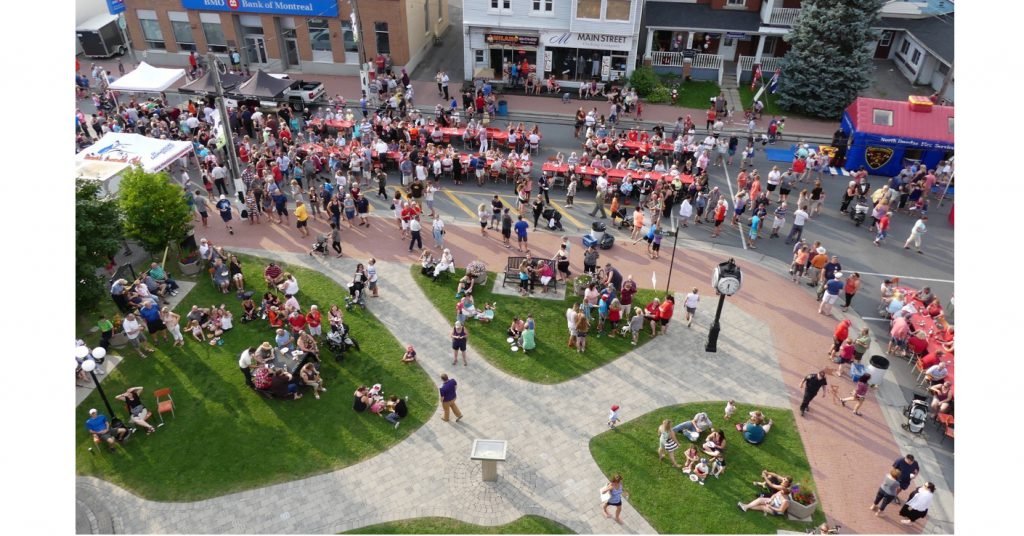 An overhead view of the final Meet Me on Main Street event, last night in Winchester, as taken from the roof of Vince Zandbelt’s St. Lawrence Street building on Sweet Corner Park. The image shows the crowds while the sun was still shining. Zandbergen photo, Nation Valley News 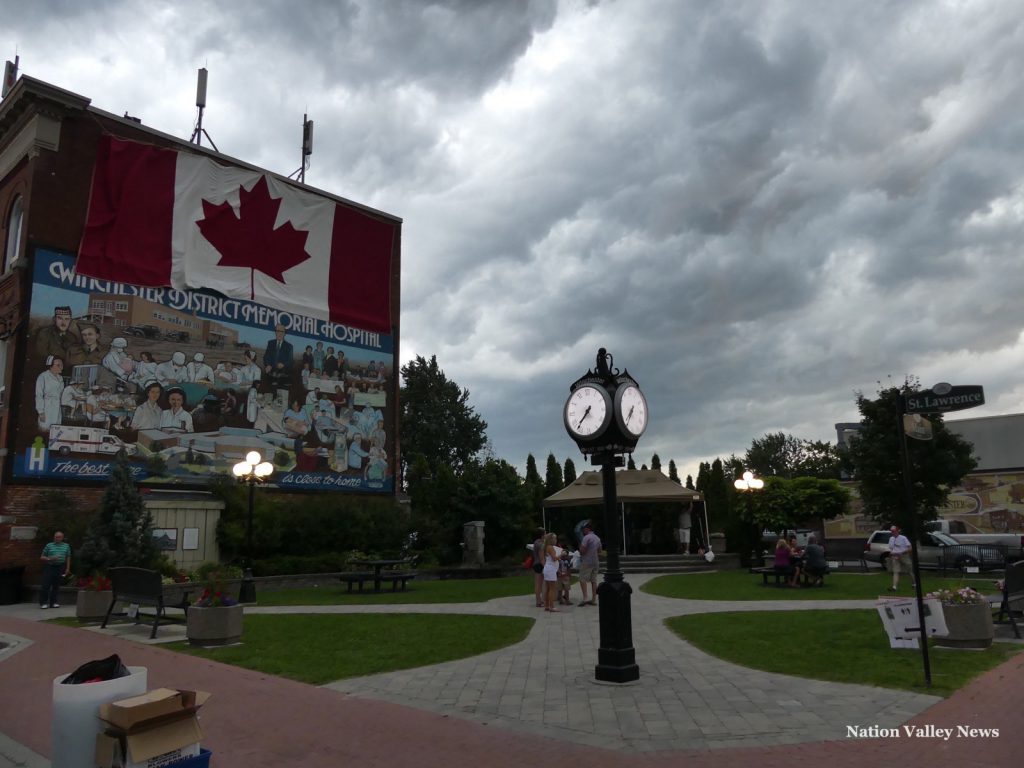 By 7:40 p.m., Winchester’s Meet Me on Main Street crowd was rapidly clearing out as threatening thunderclouds swept in — as seen above a darkened Sweet Corner Park. Zandbergen photo, Nation Valley News

Click on the above business cards to learn more about these community-minded enterprises and organizations.