MAXVILLE — Justin Trudeau made good on his promise to return to the Glengarry Highland Games as leader of the country yesterday.

The prime minister, who last visited the Maxville event as leader of the Official Opposition in 2015, donned a kilt and waded through a selfie-seeking crowd attending the 70th annual Games’ opening day.

“I promised when I was here two years ago I’d come back as prime minister,” said the tartan-wearing Trudeau, whose maternal grandfather was born in Scotland, before posing for the first of a multitude of selfies. “Aw!” exclaimed an adoring spectator in reply to the PM’s declaration.

Trudeau stayed for about an hour and was received like a pop star as throngs of cellphone-toting well wishers — and media — followed him around in the bright sunshine and sweltering summer temperatures.

Video below: Fresh off his published interview with Rolling Stone magazine, Prime Minister Justin Trudeau got a pop-star-like reception during his opening-day appearance at the Glengarry Highland Games. The 70th annual event continues through the rest of this weekend. 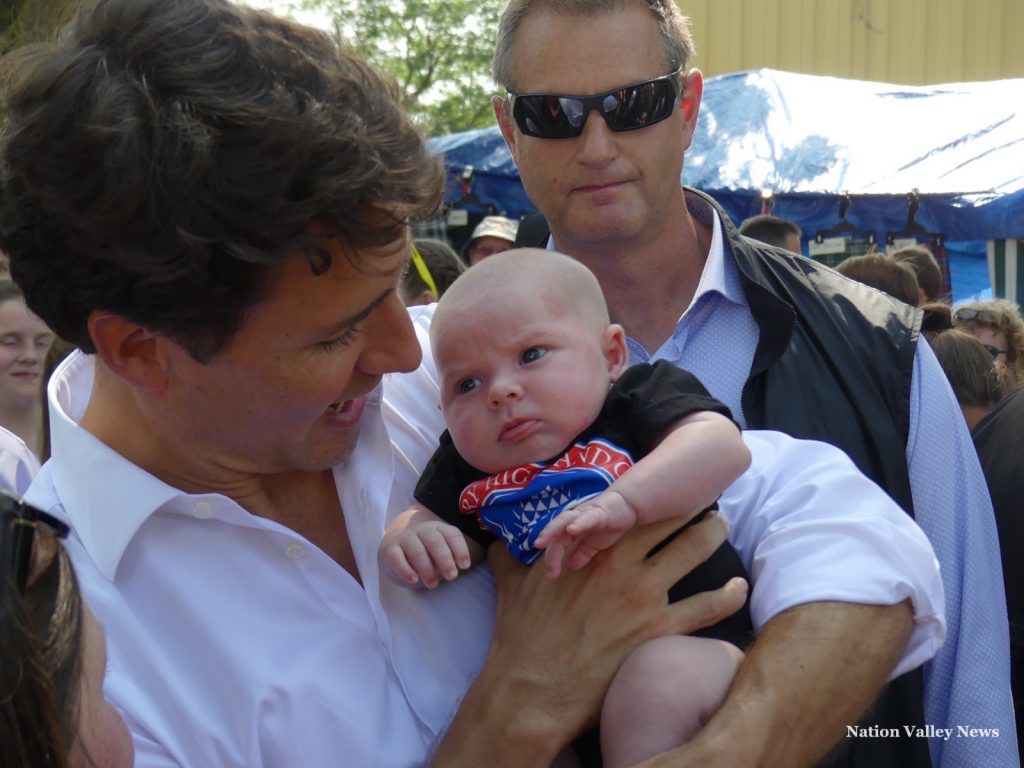 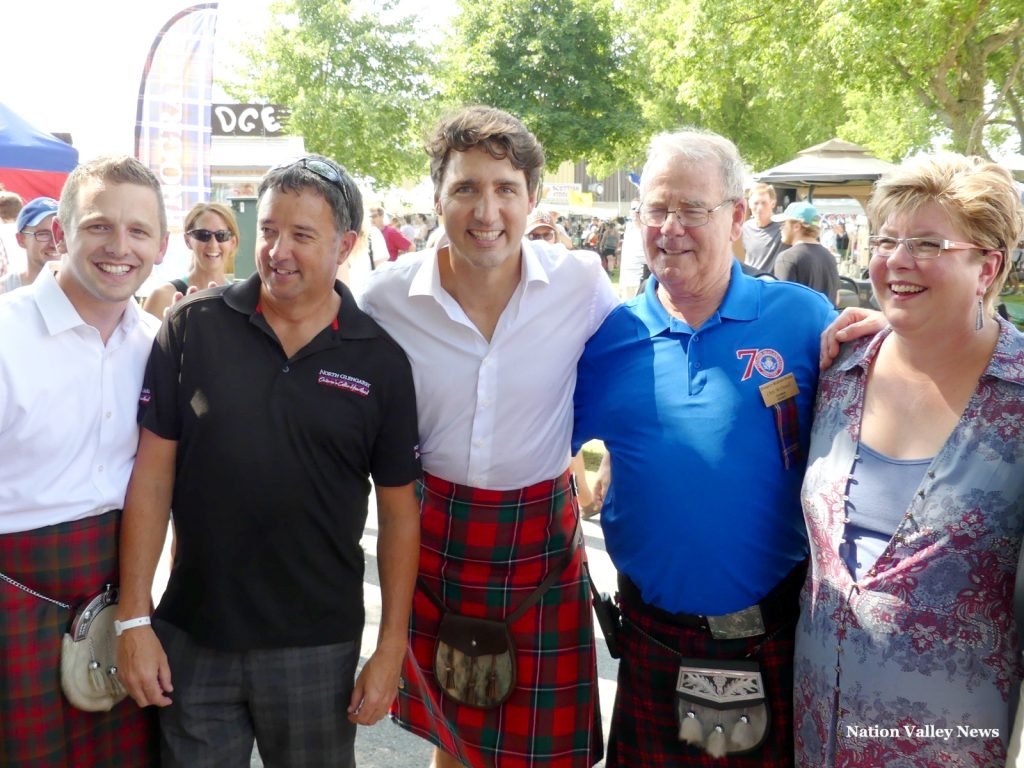 In the video below, the spectacle of the Massed Bands, Aug. 5, at the 70th Annual Glengarry Highland Games. A heavyweight athlete’s caber toss kicks off the clip.

Spirits were undampened at the 70th annual Glengarry Highland Games‘ Friday night Tattoo — even if thunderstorms did cut the evening short on the main field. The video clip starts with the Glengarry Massed Fiddlers and flows into the official opening ceremonies and march-in by the participating bagpipe bands, and concludes with a sampling of the performance by The Brigadoons while accompanied by the MacCulloch Dancers – Ontario, Canada.

The Next Generation Leahy lived up to their surname’s musical reputation as the children of Doug and Jennifer Leahy — ranging in age from 7 to 15 — put on quite the show Friday night at the Glengarry Highland Games. Doug Leahy and the Next Generation Leahy had been slated to play the main outdoor stage until thunderstorms shut down that venue, so the family performed to a packed house inside the Metcalfe Centre on the Maxville Fairgrounds instead.

From opening day at the 70th annual Glengarry Highland Games, a bit of the sports action witnessed on the field that evening, including some of the Heavyweight Masters and the local tug-o-war competition pitting several Glengarry-based teams against each other.