Children at the school in Yoga, Kenya, which is supported by a YouFeedThem farm. A YouFeedThem fundraiser, launched as a result of challenges caused by the worst drought in 60 years, is slated Aug. 15 at The Gathering House, which hosts TGH Gourmet Taco Tuesday. The image is taken from a YouFeedThem YouTube video.

The Aug. 15 ‘TGH Gourment Taco Tuesday’ fundraiser event at the Water Street church venue has been organized to assist with the rising costs of feeding two meals a day to the approximately 480 students attending the primary school in the village of Yogo, says Theresa Poirier, whose husband, Roland, serves as chair of YouFeedThem.  The Christian mission has established a productive farm in Yogo — featuring drip irrigation and a drilled well — to grow food for the school.

About a third of the student body already attend tuition-free because those pupils are orphans or from hard-pressed single-parent families. In exchange, their guardians work on the YouFeedThem farm to help produce some of the food required by the school, according to Poirier. 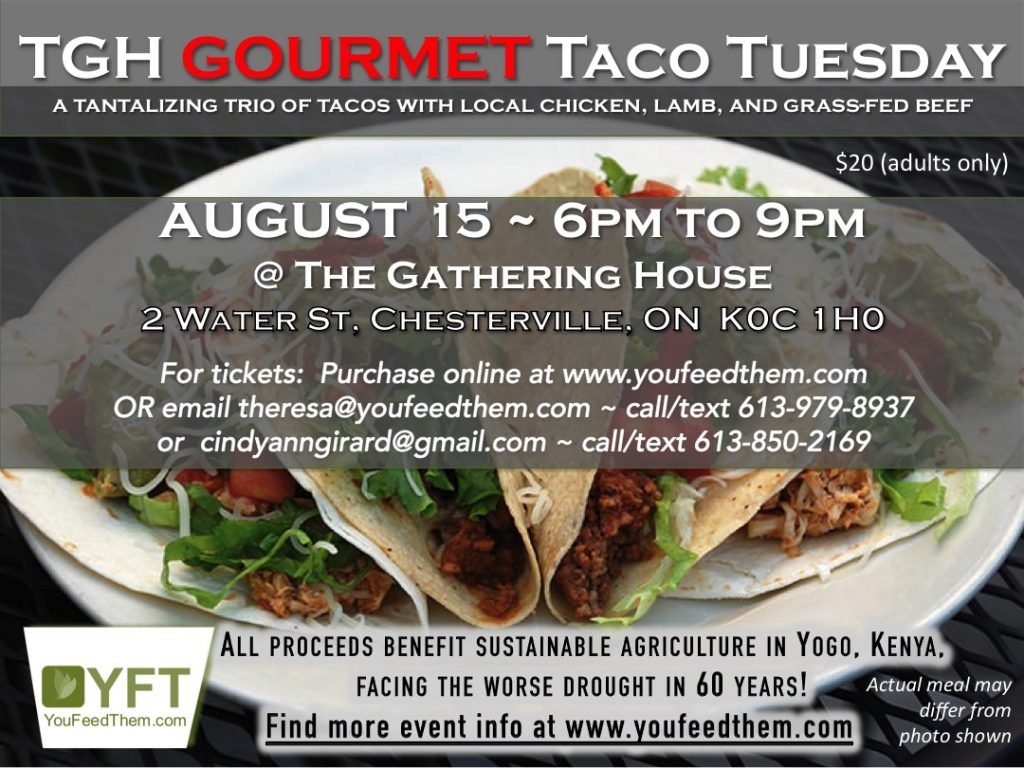 But with Kenya in the grips of its worst drought in 60 years, she explains that many other parents haven’t been able to make a living this year — or pay tuition — as a result of the conditions on the ground. Their children continue to attend the school, too, and rely on the free meals that are a feature of the institution.

“They aren’t turning these children away, and it’s putting quite an extra cost on the school budget,” she says.

A world away in Chesterville, Taco Tuesday is set to feature the handiwork of a gourmet chef who is a member of The Gathering House congregation. Local ingredients like grass-fed beef from the Poiriers’ own Grantley farm, lamb from Avonmore — supplied by Threeloos Farms — will go into the mix. And the authentic taco shells — both hard and soft — will be made from locally produced purple corn donated by Against the Grain Farms of Winchester.

The co-owner of a local health-food business, Mark Girard brings 30 years of chef experience to the table — and in the prime taco territory of the western and southwestern U.S., no less.

Girard says the limited crowd of 100 diners will arrive to corn chips and salsa appetizers on the tables. Once everyone arrives, the taco lineup will start “and we’ll have people there explaining what you’re getting,” he says, describing a variety of options for filling that taco shell. “They’ll have the choice of grass-fed beef, pulled lamb and chicken moulet, cilantro lime rice, one or two types of beans and a whole bunch of accoutrements — peppers and sweet peppers.” 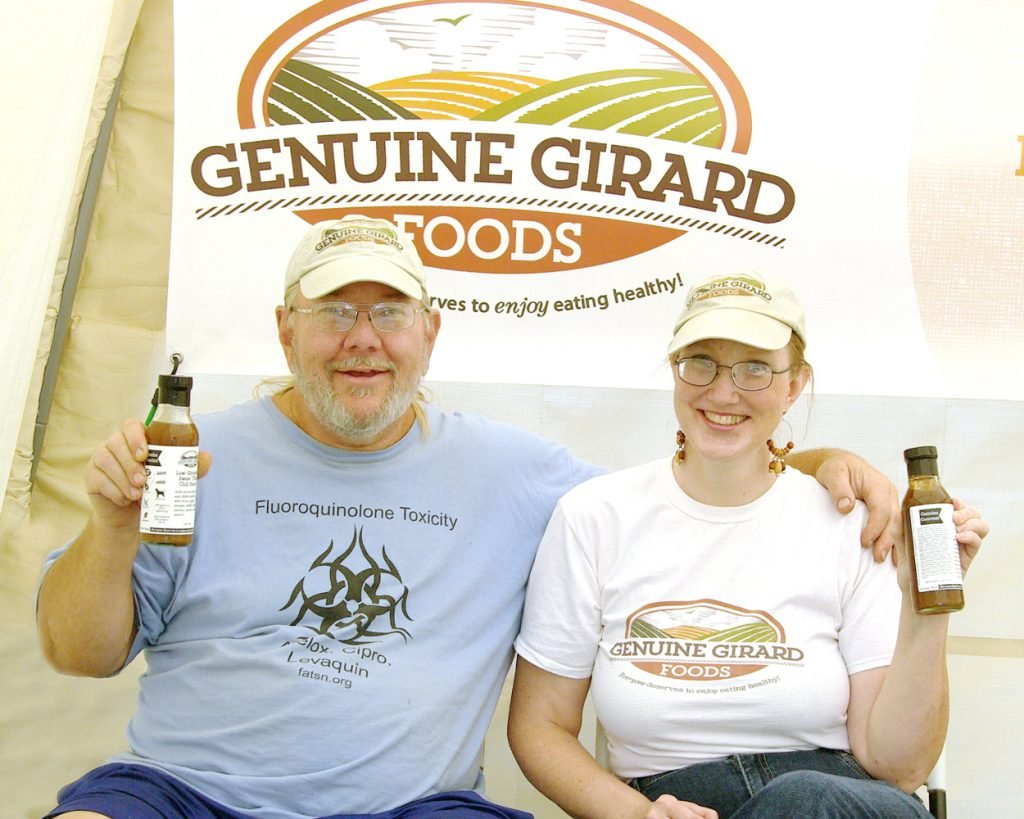 “It’s going to be tacos like no one’s ever had here before,” exclaims the proprietor of Genuine Girard Foods, which he operates in partnership with his sister, Cindy Girard.

Some of the ingredients that evening will be based on the firm’s “super-healthy, low-glycemic, super-healthy, chemical-free” offerings, adds the chef.

Running 6 to 9 p.m., the event will also feature a table of donated items to be raffled off as part of that evening’s fundraiser, and Poirier says she’s still looking for donors for that cause.

The Gathering House has previously hosted Pastor Silas Owiti-Oduor, who works for the organization in Yogo and stays with Gathering House congregants when visiting Canada. 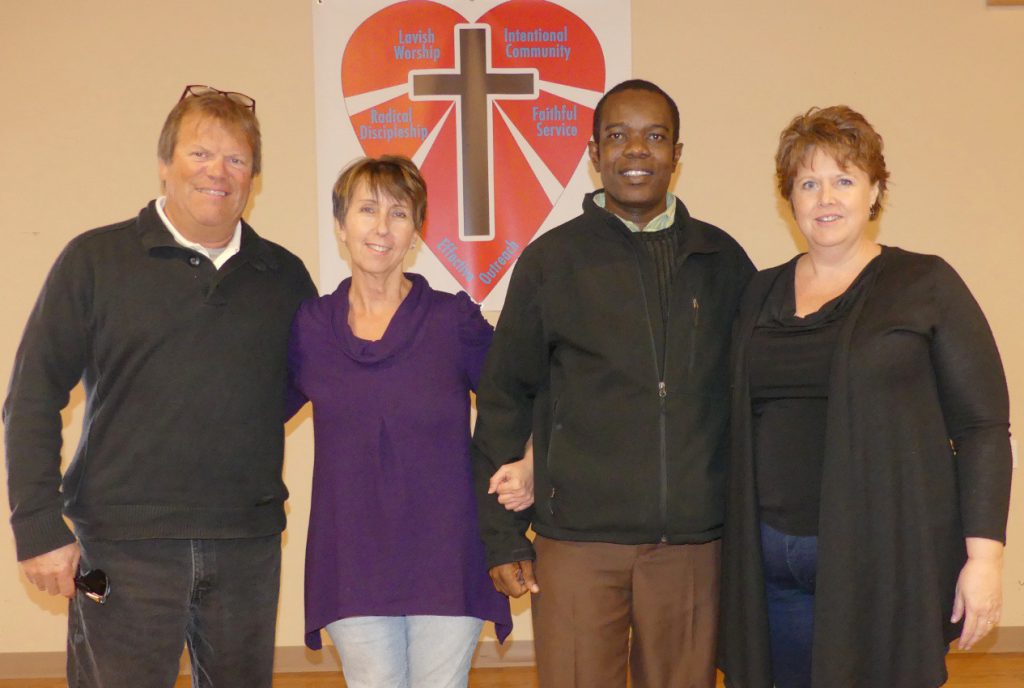 From left at The Gathering House: Roland and Theresa Poirier of YouFeedThem, and Pastor Silas and Kimberly Owiti-Oduor, who work with the organization in Kenya. Zandbergen photo, Nation Valley News

Theresa Poirier has posted this YouTube video explaining the work of Pastor Silas Owiti-Oduor in Yogo, Kenya, and the school and farm operations there.