NATION VALLEY — Earlier this month, the Ontario Provincial Police launched a successful social media campaign in an effort to re-invigorate a homicide investigation that has been ongoing since 1975. The OPP say they were surprised at the volume of interest in their story and video  about the ‘Nation River Lady’ cold case.

The total number of impressions or times the content was displayed on Facebook in English was 28,016 and French was 65,374. Videos posted to OPP Facebook in both English and French received a total of 21,098 views. Twitter was equally successful with the content being viewed in English 32,048 times and French 7,274. As well, many news agencies broadcasted the information.

Of the more than 28,000 video views on Facebook, Nation Valley News accounted for 2,323. This local news outlet also posted the corresponding story and images, with over 5,824 people reached and 56 shares via Facebook. 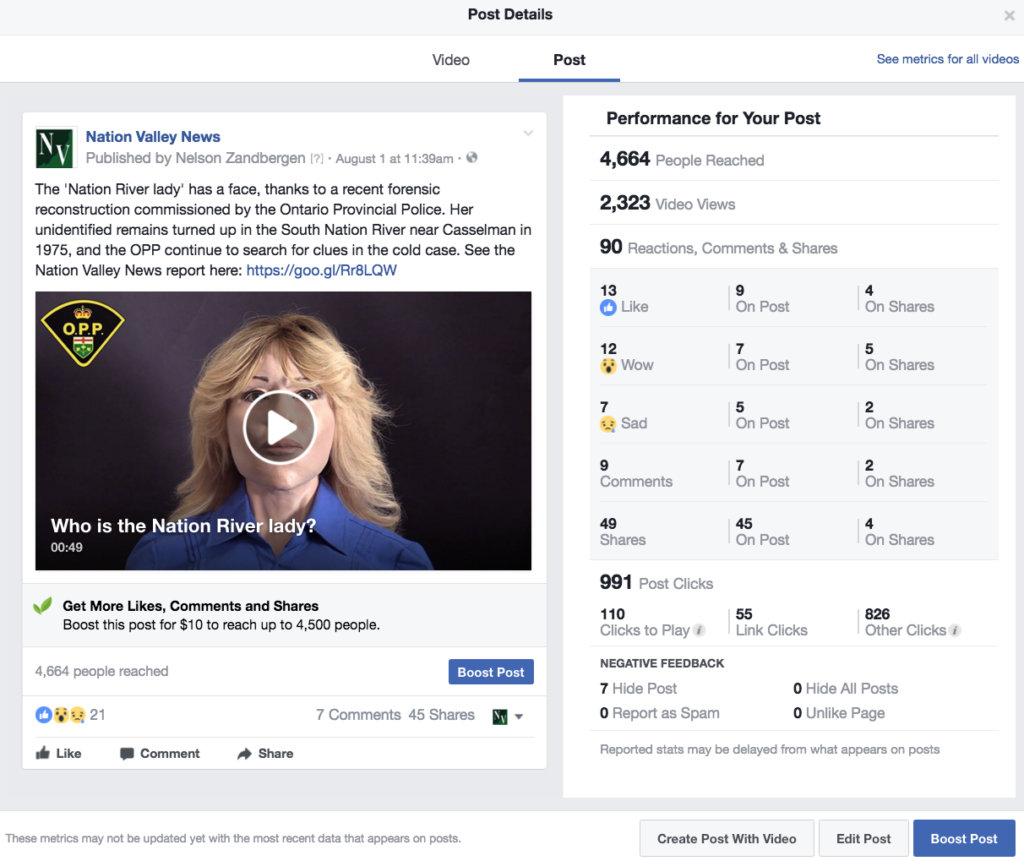 Seen in above photo: Thanks to our dedicated readers and the public, the ‘Nation River Lady’ video has received over 2,300 videos on our Facebook page and website alone. Nation Valley News 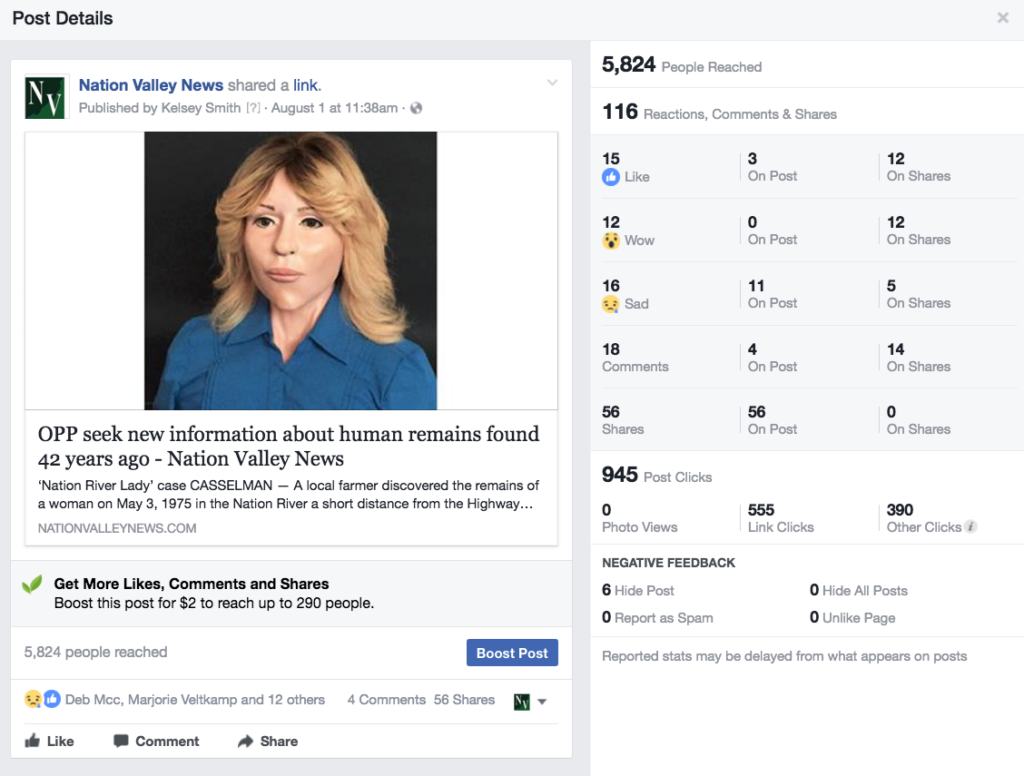 Seen in above photo: This post has had over 56 shares and 5,800 people reached since August 1. Nation Valley News

Since the media launch on the morning of August 1, the public has furnished the OPP with more than 18 tips about the unidentified remains of a woman that turned up in the Nation River 42 years ago. A recent reconstruction of the victim’s face has helped rekindle public interest in the case.

The Stormont County Fair arrives next weekend with 150th celebrations and so much fun. Check out the video here but also see the Fair website — stormontcountyfair.ca — for the full list of events. Hit the Midway Bracelet button on the website for more info to purchase pre-fair sales online or onsite before 11:30 a.m. on Friday.