Seen in photo above: Guns N Roses members Slash, Axl Rose, and Duff McKagan rocking the music and the ground as they performed at TD Place during their "Not in this Lifetime" World Tour. Smith photo, Nation Valley News

OTTAWA — Guns’ N’ Roses had grown men crying as they got to live out their teenage dreams in Ottawa last Monday night.

The feud between band front runners Axl Rose and Slash tore the popular band apart back in 1994 and was never expected to reunite.

Last year the duo surprised fans everywhere by announcing they had put their differences aside and decided to ‘live and not let die’ with their ‘Not in this Lifetime’ tour. 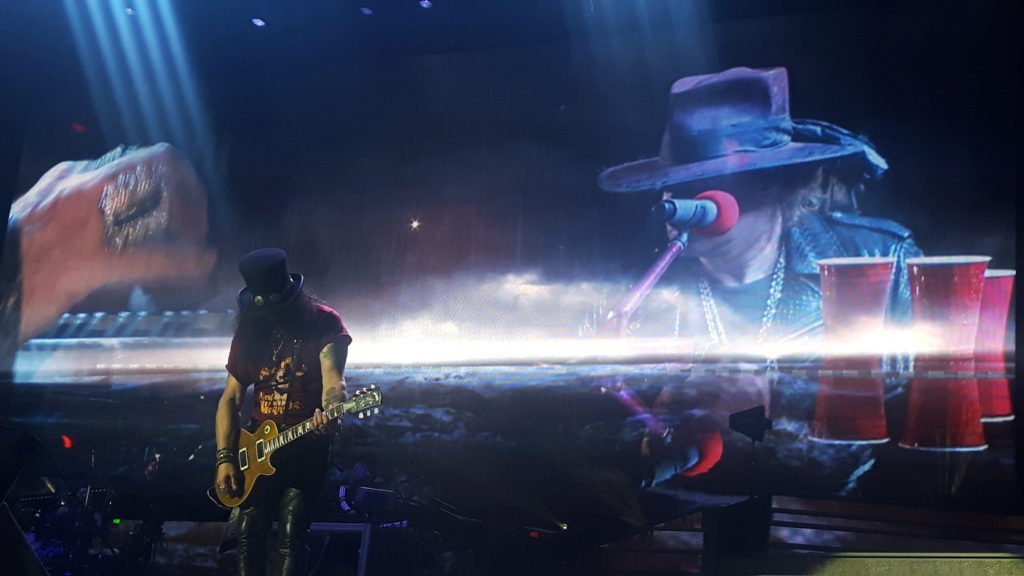 Seen in above photo: Though the sky was cloud free, Axl Rose and Slash poured on the guitar and piano instrumentals, during their “November Rain” performance. Smith photo, Nation Valley News

This was their second Ontario performance since the tour started, the first occurring last year in Toronto.
They played to a crowd of over 24,000, but still fell 6,000 short of filling the newly renovated TD Place stadium. Nation Valley News spotted grown men crying at the front barricade as their heroes emerged on stage — right on time at 7:30 p.m.

The stadium may not have been full to capacity but the air and ground were erupting with smoke, flames, fireworks, and constant tremors.

The ground vibrated from the time Our Lady Peace opened with Naveed until Guns N’ Roses closed the show with their infamous Paradise City as their exploding encore performance.

Rose was on his best behaviour and sang extremely well, while Slash played an unequivocally phenomenal show. His solos were unforgettably perfect, as usual. 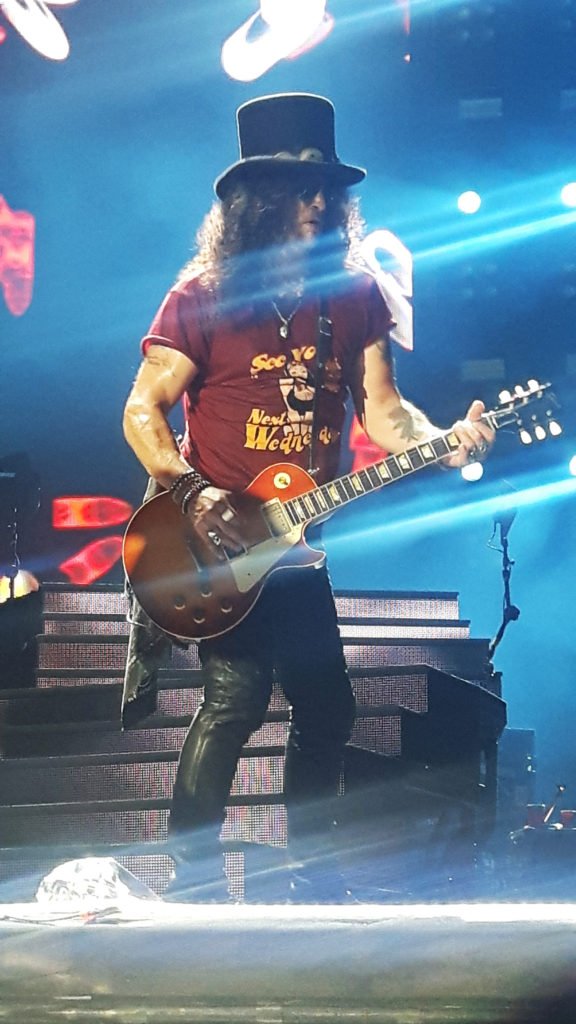 Seen in above photo: Slash took fans for a ride on the “Nightrain” with his endless guitar solos. Smith photo, Nation Valley News

The band played tribute to the late Chris Cornell by performing Soundgarden’s Black Hole Sun. Rose laughed and said the song, “kinda goes with the day, doesn’t it?” alluding to the solar eclipse that occurred earlier that day.

Many fans expressed that this performance was “the best they’d ever seen” despite “party pooper” stadium staff.

Several fans were utterly disappointed when an overwhelming number of security guards confiscated posters, cameras, and camcorders. Cellphones were the only means of capturing photos and video.

The “Not in this Lifetime” world tour continues.

The Stormont County Fair arrives next weekend with 150th celebrations and so much fun. Check out the video here but also see the Fair website — stormontcountyfair.ca — for the full list of events. Hit the Midway Bracelet button on the website for more info to purchase pre-fair sales online or onsite before 11:30 a.m. on Friday.