Seen in photo above: The Grand Union Hotel on Broadway Avenue in Avonmore. Built in 1887 soon after the CPR arrived, it served travelers and visitors to the village until after the Second World War. It was demolished in 1973. Photo provided by Murray Barkley

AVONMORE — Take in the historical sites of Avonmore on Sunday, Sept. 17, as the local recreation committee celebrates the village’s 175th anniversary with special events and self-guided tours.

The afternoon promises filled with fun and education for everyone.

Scott Hopkins of Chesterville is a numismatist and a historian. Knowing this, the committee reached out for his help. He came up with the idea of a commemorative coin designed for the occasion. The coins are ready but the design is being kept a surprise until the anniversary celebration and their release to the public. They are very limited and will be sold on a first-come first-served basis, according to Hopkins.

Bring the whole family to Avonmore for a self-guided historical walking, biking, or driving tour of the town. Brochures can be purchased at the North Stormont Place for $5 to help guide and educate participants along the way. Committee member and historian Murray Barkley assures everyone that the brochures are “absolutely beautiful.” A total of 200 have been printed and the are sure to be “snapped right up,” he says.

They depict “70 noteworthy documented sites, a map, and historical pictures,” explains Barkley. The self-guided tours are not timed and visitors are free to walk at their leisure. 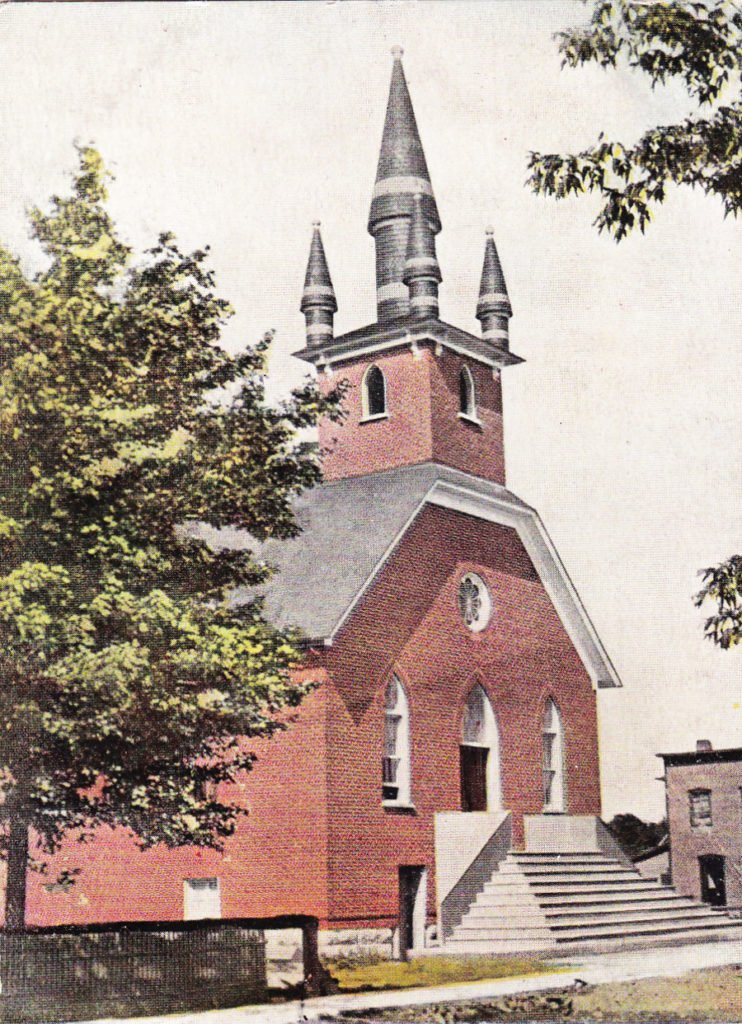 Seen in above photo: One of the 70 historical sites featured on the tour. St. Andrew’s Presbyterian Church, Avonmore, 1890-1945. Built to serve the community’s large Presbyterian congregation pre Church Union, it was destroyed by fire
in January, 1945, but replaced by the present Church before the end of the year. Photo provided by Murray Barkley

Those not able to walk or wanting to try something different can take a guided bus tour, with Delaney Bus Lines donating a few coaches for the occasion. Those tours will last about an hour and will run from 2 to 3 p.m. and 3:30 to 4:30 p.m. Seats are expected to fill up fast, so book your ticket today by phone 613-346-5493 or email avonmorerec@gmail.com. Barkley will be bringing larger vintage prints along with him on the bus tour. Those interested in purchasing can speak with him afterwards.

A Champagne Punch will toast Avonmore from 4 to 5 p.m. And while parents enjoy the liquid refreshment, children can pitch in by husking the corn for supper.

All are invited to be part of history by posing for the aerial photo shoot to celebrate the dodransbicentennial. A 150th Anniversary Quilt and an Avonmore Fair poster will be auctioned off as part of the festivities, and organizers continue to accept submissions for a planned time capsule.

A Community Heritage Dinner is set for 5:30 to 7 p.m. under the fabric-covered building behind North Stormont Place. The “down home supper” includes pulled pork on a bun, salads, corn on the cob and birthday cake. Free hotdogs will be available for children 12 and under. County Lads will take the stage as entertainment for the evening. Tickets, at $10 per person, are available at Barkley’s Store or reserved by email — avonmorerec@gmail.com — or by phone — 613-346-5493.

This historical day will conclude with a brief talk about the town’s history by Murray Barley, and Scott Hopkins will discuss how the coin’s design was created.

The Avonmore Recreation Committee can’t wait to see everyone out and about in Avonmore on September 17, according to Barkley.  “It’s a great way to raise money for public projects and still keep history alive,” he says. 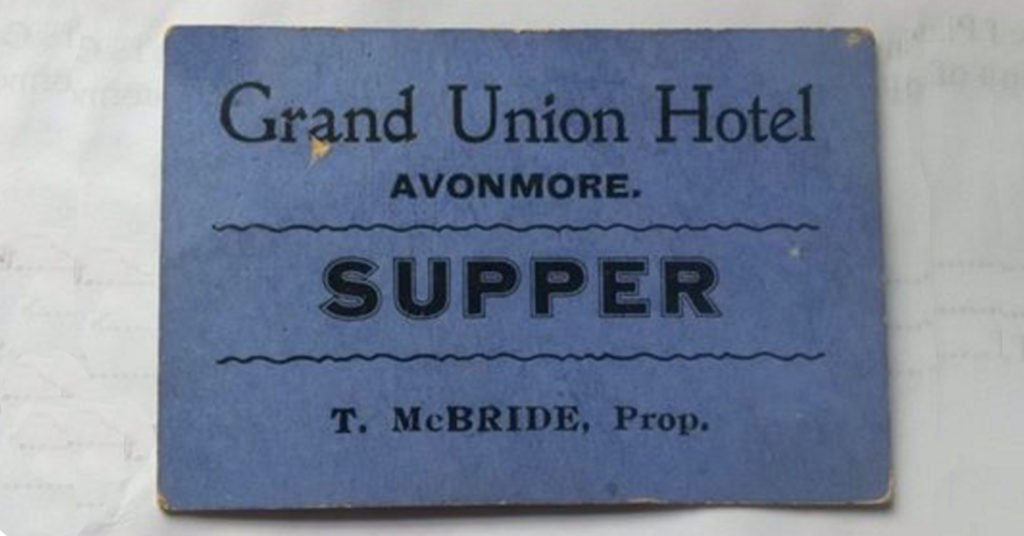 Earl MacIntyre submitted this photo of a vintage supper ticket sold by the Grand Union Hotel in Avonmore — one of the sites featured on historic tours during 175th anniversary celebrations in Avonmore on Sept. 17.