In front, Rudy (left) and Toinet Cornelissen stroll down Baker Rd. during Sunday's Terry Fox Run organized by the Chesterville & District Rotary Club. Some of the 69 participants also appear in the frame during the walk the occurred in warm, summertime temperatures. Zandbergen photo, Nation Valley News

MAPLE RIDGE — The walkers, cyclers and runners pulled in over $12,220 at the Terry Fox Run organized by the Chesterville & District Rotary Club in North Dundas yesterday, (Sept. 17).

The local service club’s 35th edition of the famous Run raised about $1,000 more than last year — a spread likely to increase as online pledges are eventually added to the tally.

A large contingent from the Dixon family again participated; Eva Gentle, member of the Dixon clan, rounded up the largest individual pledge haul with  $2,268. Meanwhile, River Rd. resident Charles Gray, in his third appearance at the Run, brought in an impressive $1,850.

Under clear, sunny skies and mid-summer-like temperatures, 69 participants headed out from the usual staging area at North Dundas District High School on the circuit through local back roads.

“It’s always good to do,” said Toinet Cornelissen of the Terry Fox Run, pausing to chat along the route. She and husband, Rudy, were taking part for the 14th time, after taking a break for the last couple of years. 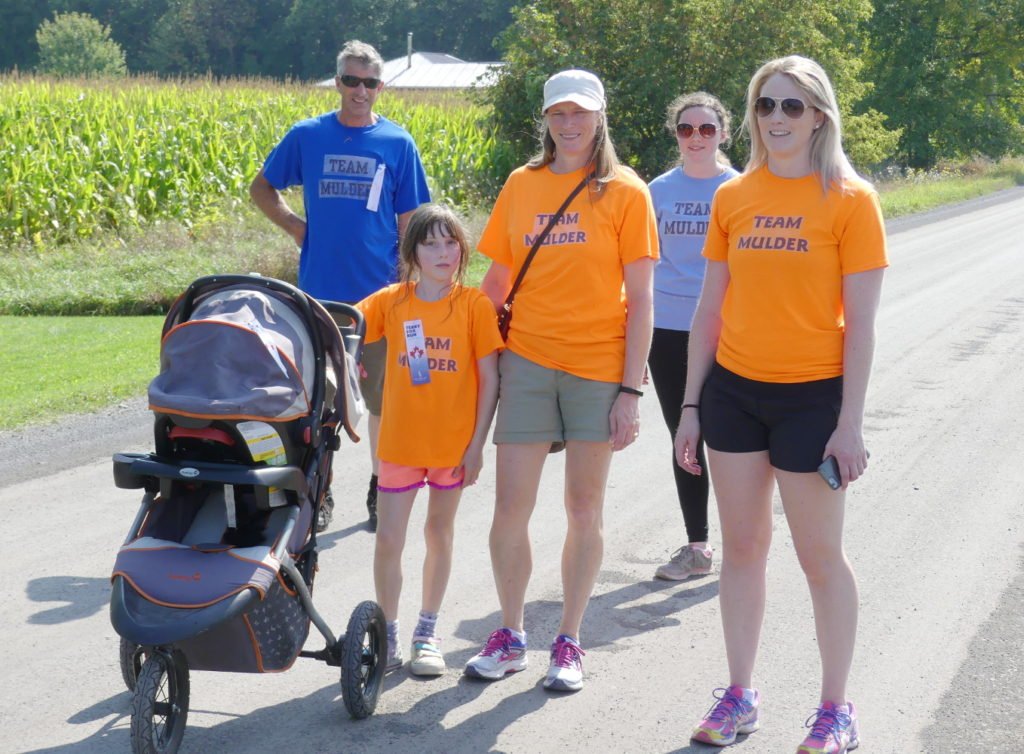 A few of the members of Team Mulder — (from left), 6-month-old Emma, Koop, Lauren, Suzanne, Cassandra and Louise Mulder — on their trek in support of the Terry Fox Run in North Dundas. Zandbergen photo, Nation Valley News

Above, winners of the t-shirt draw were Valerie Bolton, Koop Mulder and A.J. Cooper.