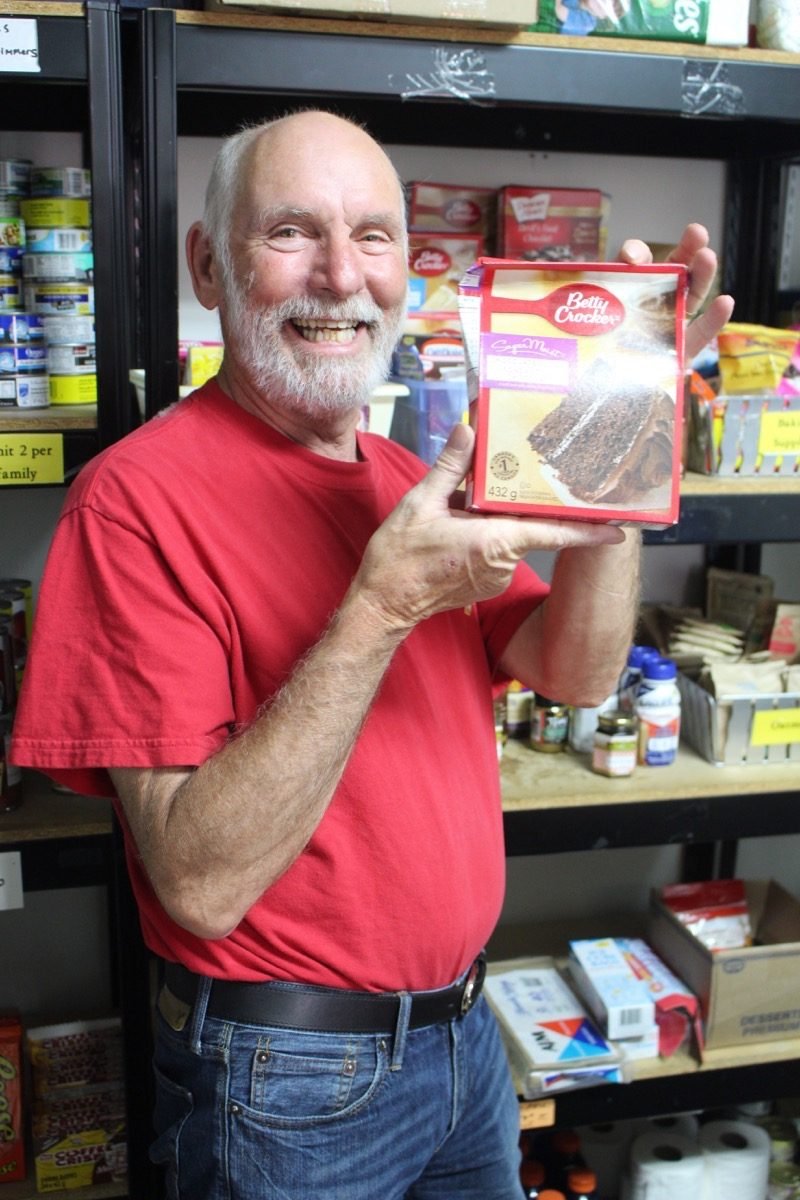 MOUNTAIN — Prominent volunteers are surviving on a modest food bank diet this week as part of the House of Lazarus (HOL) and Community Food Share’s Hunger Awareness Challenge.

The challenge, which runs from Sept. 18 to 22, involves Hunger Awareness Champions living solely off the items provided by the food bank for five days. The purpose of the challenge is to raise awareness about the issue of hunger faced by those living in rural poverty. The champions will have to be creative when it comes to meal planning and preparation, to ensure their supplies do not run out before the five days is up. Each champion is permitted only $10 to spend on food throughout the week.

The champions visited the food bank on Sept. 14 and 15 to pick-up their food for the week. Each champion was asked why they agreed to participate in the challenge.

“I agreed to participate to raise awareness of the importance of the food banks in our communities,” noted Nash. “Although the (CP) Holiday Train fills them for a couple of months it is up to us to share when we can to help our neighbors in need.The number of users are increasing and many of our seniors are going without food as they struggle to stay in their homes due to rising costs.”

When asked what he thought the hardest part of the challenge would be, Nash commented “I eat to live, not live to eat and often forget to eat when I’m busy. I love beans, KD (Kraft Dinner) and porridge or cereal. I don’t know what I will be given to eat but expect the hardest part will be doing without the treats and maybe having to ration the coffee or getting used to smaller portions. If you had asked my wife Linda (Nash) that question I’m sure she would say doing without ice cream and brownies will kill him.”

Duncan said he wanted to be a champion because it’s something different that will offer a new perspective when it comes to the local food banks. The hardest part for him will be meal planning and preparation, as he spends so much time on the road and eats out often. “My biggest thing is being out and about all the time, so planning ahead will be tricky,” noted Duncan.

Tobin said the reason she wanted to participate is to walk another person’s journey. “We get very comfortable in our own lives, habits and patterns and I think it is important to be aware of others and their realities and challenges,” said Tobin. “Gaining insight and respect for someone’s path for me is an important part of being a community member.”

Onasanya said he was nervous about taking on the challenge because he did rely on a food bank to eat for about six months, a few years after moving to Kemptville, and the memories are difficult ones to dig up. He explained he lost his job and after the savings were depleted, he turned to the food bank to eat.

“My wife and I used to share a small can of beans for dinner,” said Onasanya. “We used to count the broccoli on each head to plan for meals. It was tough.”

Eventually, Onasanya found a new job and things improved. “You get through it and I am still here today, but I wanted to do this because I had forgotten what it was like.”

He shared a story from his childhood, when himself and his four siblings would have to share a single can of sardines and make it last three days.

“We each got one little fish for three days and we had to make sure it lasted; if a mouse gets to it, that’s your problem.”

A single loaf of bread would have to last his family an entire month. “If it got moldy, you just picked it off.”

Every month, the HOL Food Bank serves over 100 local families. Approximately 40 per cent of those clients are children and 10 percent are seniors.

To follow the journeys of all 10 Hunger Awareness Champions, visit the House of Lazarus and Community Food Share Facebook pages for frequent updates throughout the week. 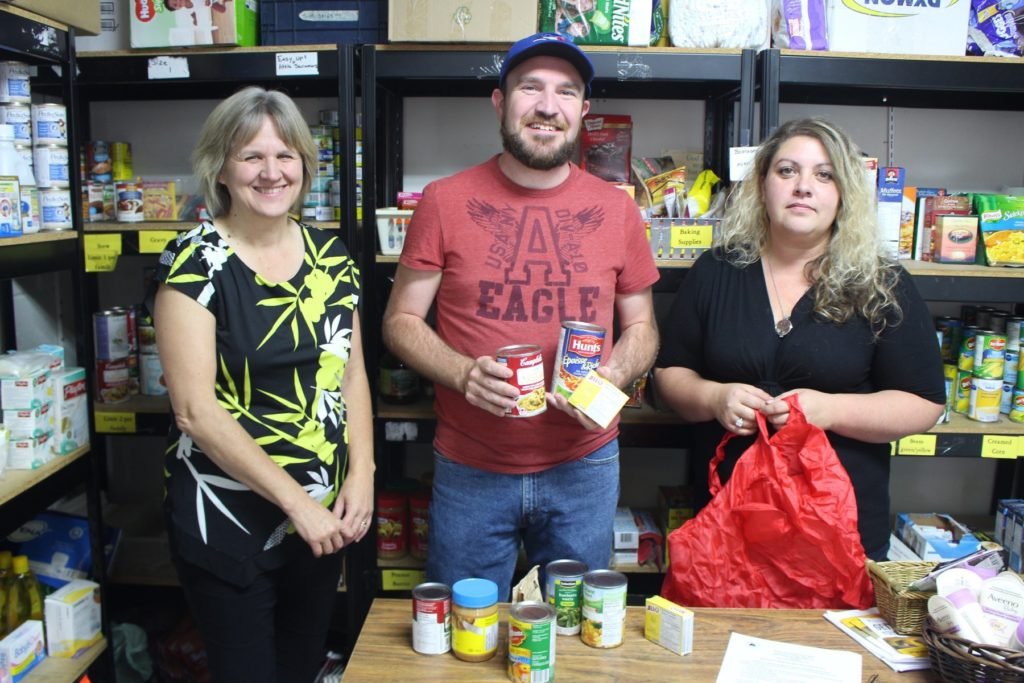 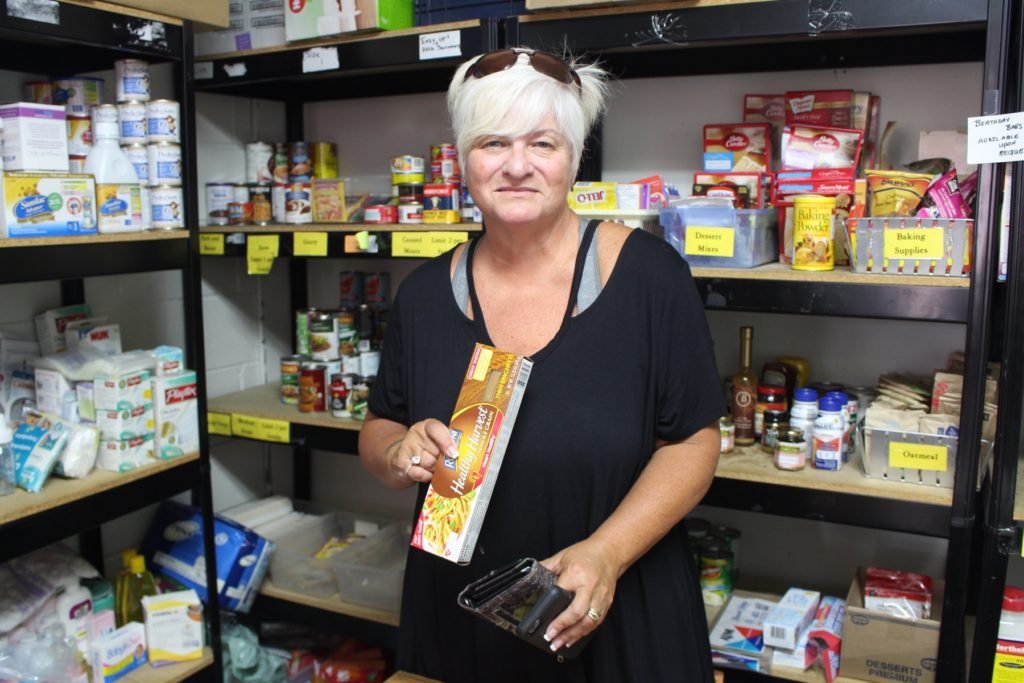 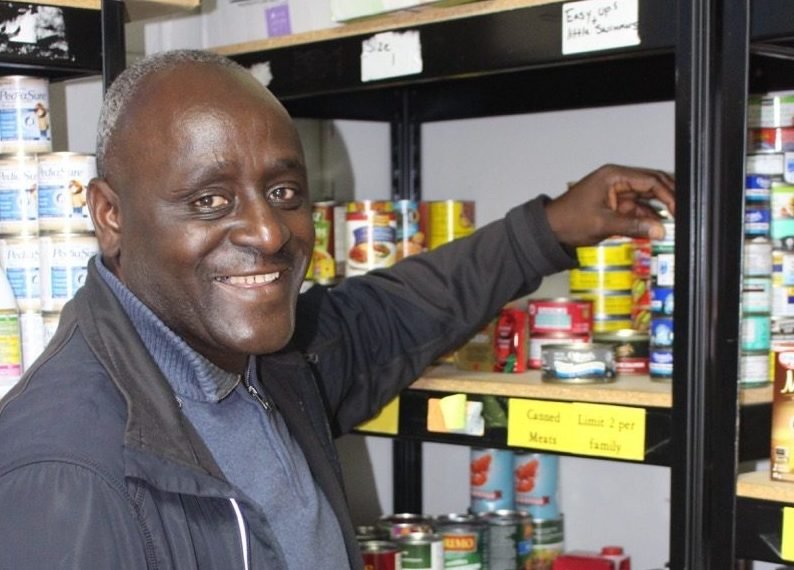