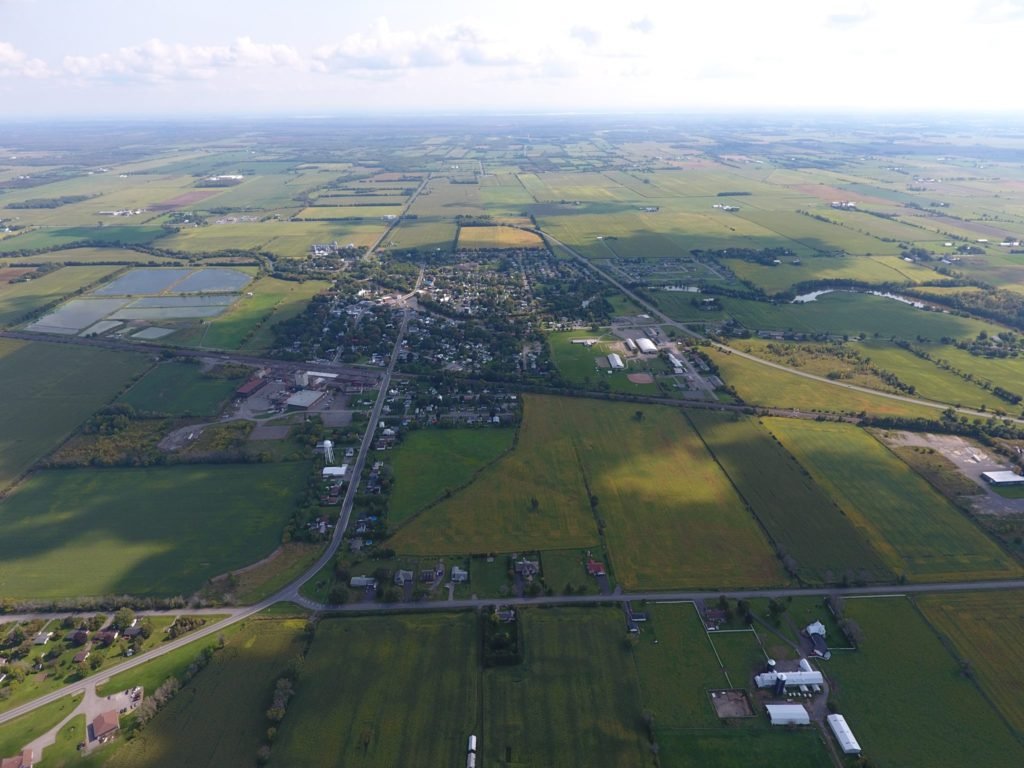 CHESTERVILLE — The village and surrounding agricultural countryside basked in the glow of a sunny late-summer heatwave when Frank Scheepers took this drone photo from north of Chesterville last Saturday, Sept. 16.

The shadows of cumulus clouds dapple the landscape and especially Chesterville — bisected by the South Nation River — at the centre of the photo. On the southern horizon in the hot, hazy distance appears to be the silvery edge of the St. Lawrence River.

Environment Canada is forecasting continued warm temperatures through this weekend and well into next week, after the autumn’s official arrival this Friday. The extra sun and heat comes as a largely appreciated respite from an exceptionally soggy summer that dropped 65 percent more rain on the region than the seasonal average by some accounts. It was also a summer where just six days hit 30 C or more, less than half the average of 13 days in that temperature range.

Scheepers, proprietor of Badger Excavating, has previously shot fascinating local imagery from the sky, with Winchester’s Parade of Lights coming into the focus of his drone unit last December (see video below).