But the clouds parted, the precipitation stopped and 44 competitors put away their yellow raincoats.

A sense of nostalgia pervaded the County Rd. 9 site as a combination of horse and vintage tractors hauled plows that carefully carved up Patsy Casselman’s field into straight furrows unassisted by modern technology.

Visitor Gib Patterson of Metcalfe looked over at the oldest method represented — a team of heavy horses with walk-behind plow — and remarked that his father employed the same set-up, decades ago. 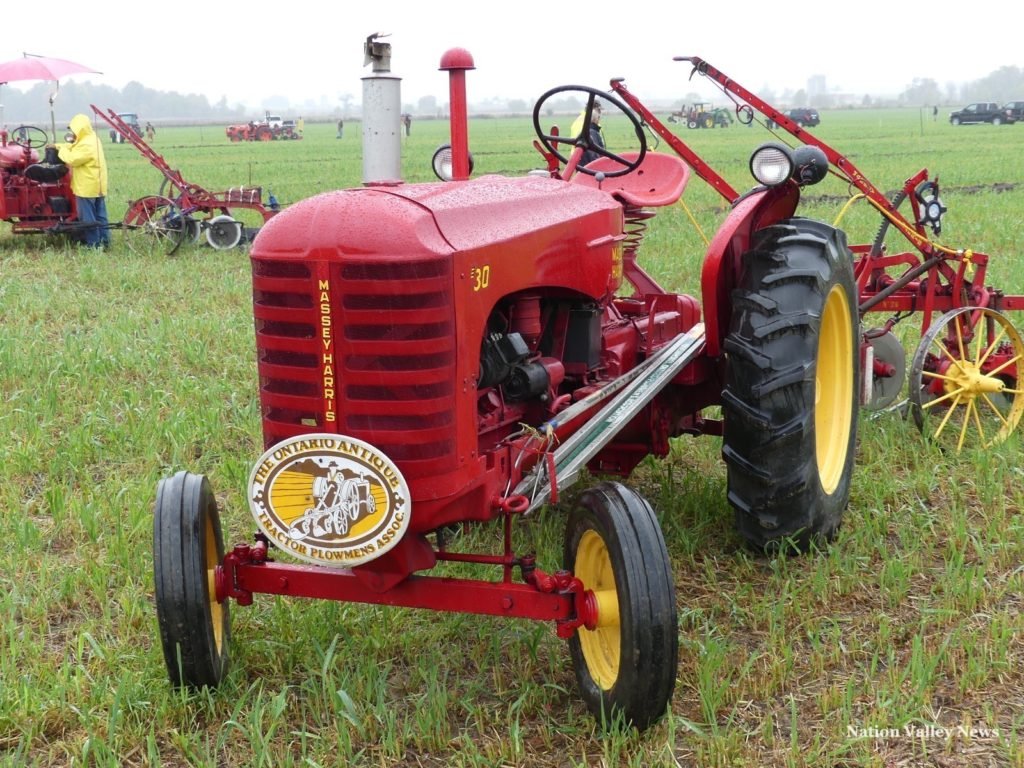 Conditions were soggy as the Match got underway. Zandbergen photo, Nation Valley News

See the gallery of plowing match images above.

Class 2B – Antique Plowing, Competitors under 18 years of age

Class 4 – Competitors 18 years and under, open to all

Some video footage here of the Stormont County Plowing Match, after the rain stopped that day. See the demonstration of natural horsepower with a reverse gear, as Guy Machabe of St-Albert drives Belgians Ben and Prince. That’s followed by a clip of 15-year-old Ethan Jones of North Augusta with Percherons Cody and Tucker. The video concludes with some participants in the Stormont County 4-H Plowing Club Achievement Day as well as a scene of a horsedrawn walk-behind plow being dragged off the field.

Advertisement – The docks along the Chesterville Waterfront are being removed prior to winter dam maintenance. Water levels upstream of the dam will be lowered for the scheduled work.