WINCHESTER — Hundreds of shoppers descended on Winchester and environs Saturday for deals and consumerist camaraderie while delivering a bottom-line boost to 16 businesses participating in the village’s third annual shop crawl event.

Mostly female, the bargain hunters often walked in pairs and groups along Main and St. Lawrence streets, darting into busy stores to get their official Shop Crawl passports stamped while perusing and buying goods on display. Beyond the village core, they also made their way to the Cass Bridge Gift Shop, Country Treasures at Winchester BMR and, for lunch, Winchelsea Events — itself host to more than 15 craft and artisanal vendors.

Lisa Williams, founder of the event, reported stamping more than 200 passports by 11 a.m. — with another six hours to go by that point — at her second store location in downtown Winchester. (Located in the former Annable’s Jewellery  location, Williams opened the 513 Main St. West location just last month and was making its Shop Crawl debut.)

“It’s definitely been busy,” said Williams, early in the afternoon. “There’s usually a little bit of a lull around lunch time and then a spurt to finish out the day. It’s been very good.”

Friends Janice Banford of Iroquois and Vicky McGinn of Kingston said they wound up in Winchester while taking their regular local shopping excursion — which happened to coincide with the Shop Crawl this time. “We go from Iroquois to Morrisburg to Winchester and home,” Banford said. “And we used to go Cornwall, Brockville and over to the States, but now we keep it local.” 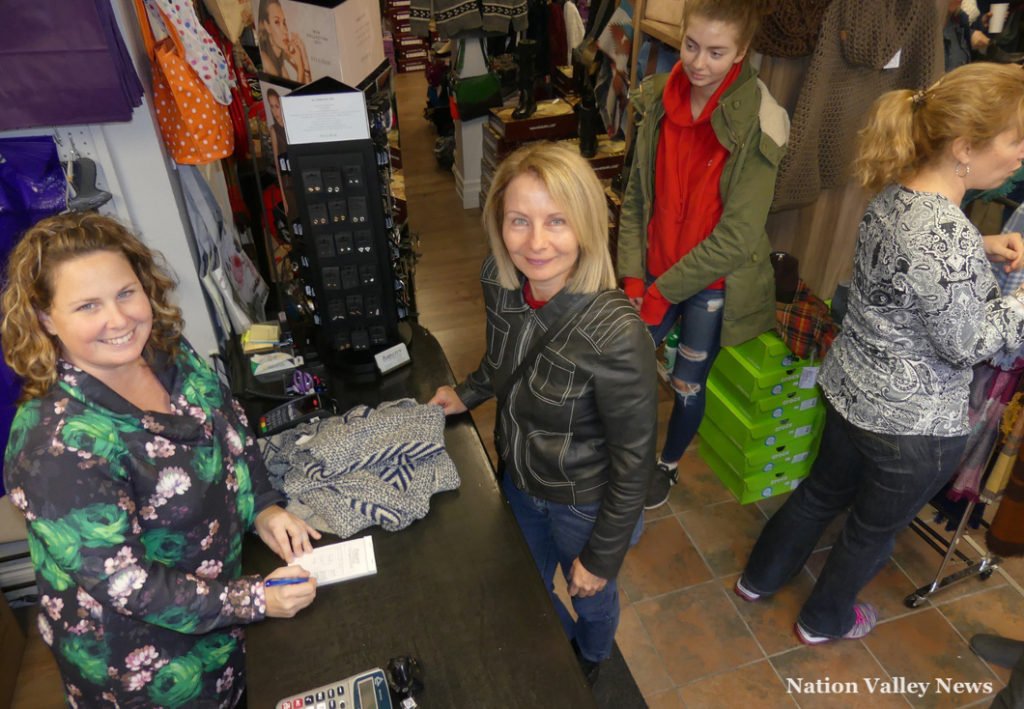 At Barkley’s Shoes and Accessories, visitors practically shoehorned themselves into the tight premises. They milled about the merchandise and lined up between the counter and fitting area after making it past the front door of the establishment — owned by Kristie Barkley-Billings and recently celebrating its first anniversary in business.

“It’s interesting, finding a lot of different little shops,” said Arlynn McPhee, outside on the sidewalk. “It’s been great, it really has,” added her friend, Joanne Daley. Both women from Metcalfe said it was their first time trying out the Shop Crawl. “Yes, we’ve spent money,” said Daley.

At Winchelsea Events, proprietor Laura Fletcher and staff reported having two seatings for the full lunchtime crowd inside the converted barn establishment north of Winchester.

Country Treasures proprietor Trish Boje estimated that upwards of 300 people had a passport stamped at her shop inside Winchester BMR by 4 p.m. But passport stamps didn’t indicate full numbers either, Boje suggested, noting that a few shoppers didn’t bother to use them while others came back a second time to the shop that was fully decked out for the Christmas season. 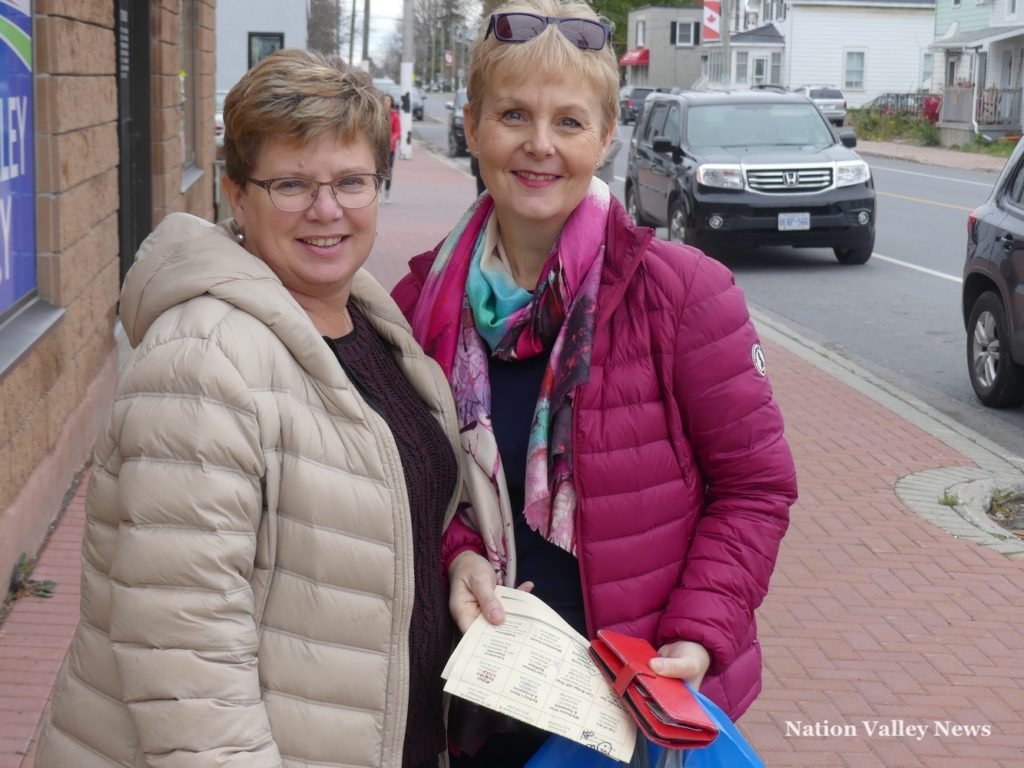 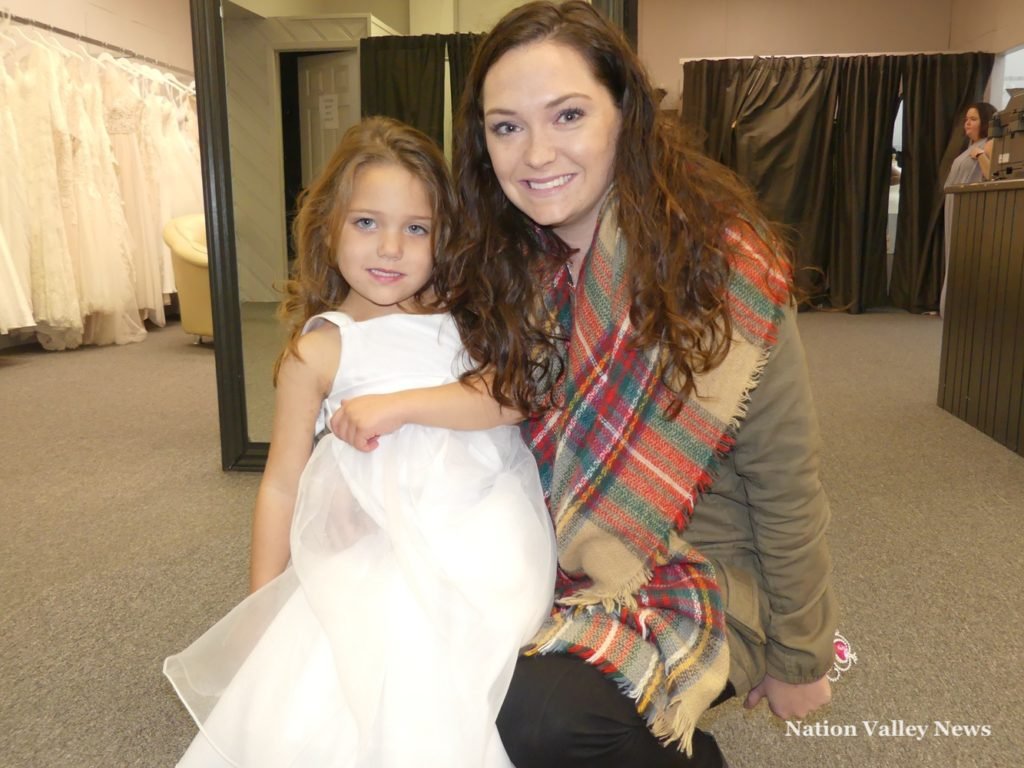 Addison Gilmer of Dunbar and her aunt, Ashley Gilmer, stopped by Bridals in Winchester, where the youngster tried out her flower girl’s dress for Ashley’s upcoming wedding in the Cayman Islands. Zandbergen photo, Nation Valley News 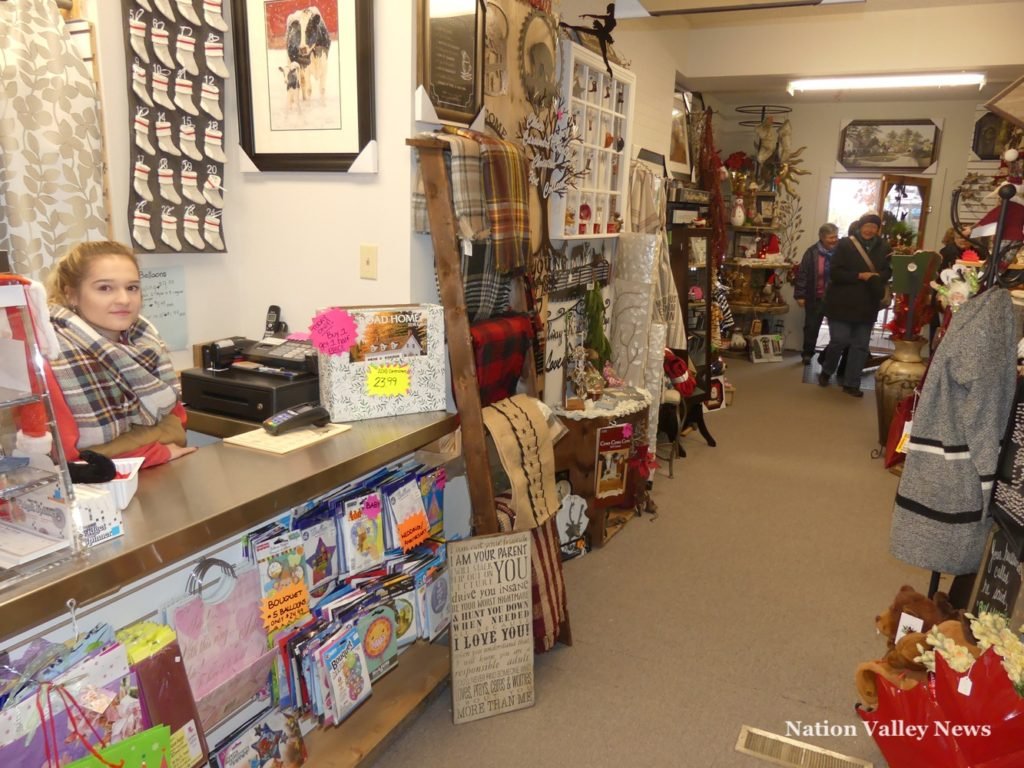 There was brief lull in the shopping action when Nation Valley News snapped this photo of Cassandra Young taking care of the front counter at Forever Young Creations. New customers were just entering the premises. Zandbergen photo, Nation Valley News 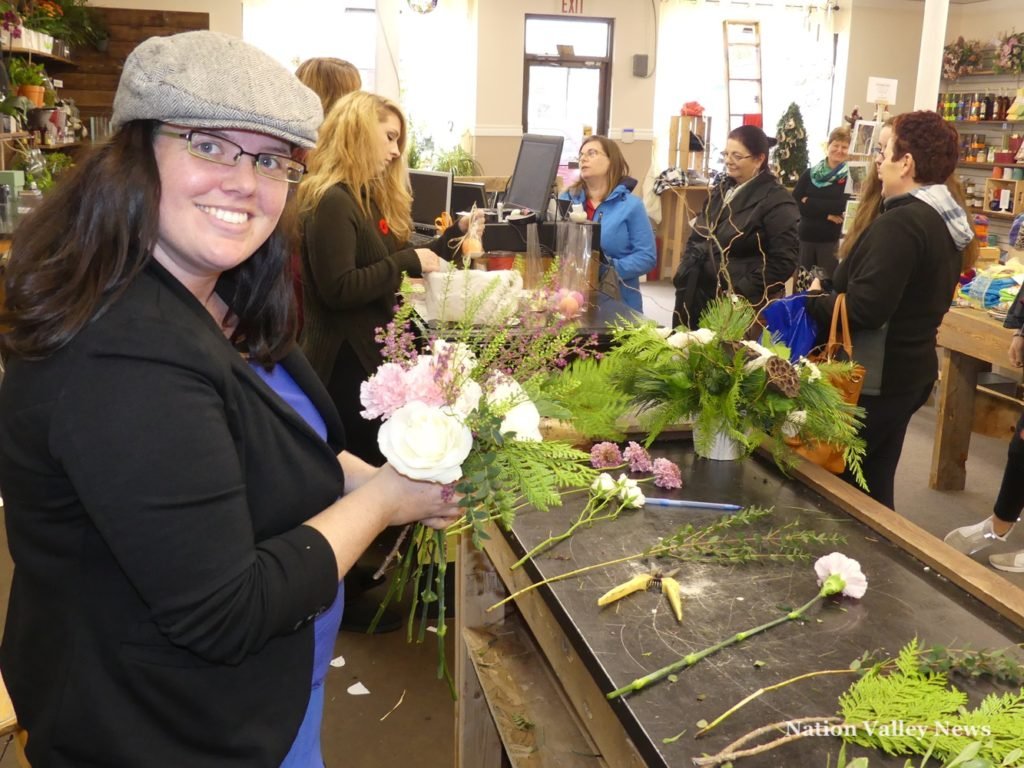 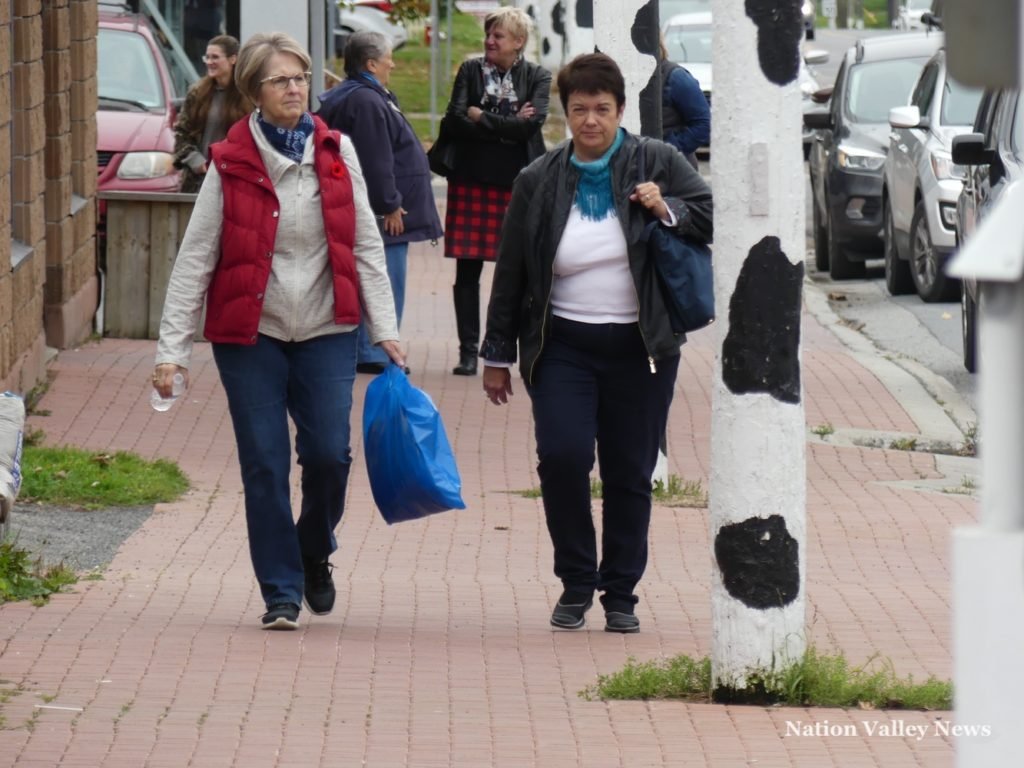 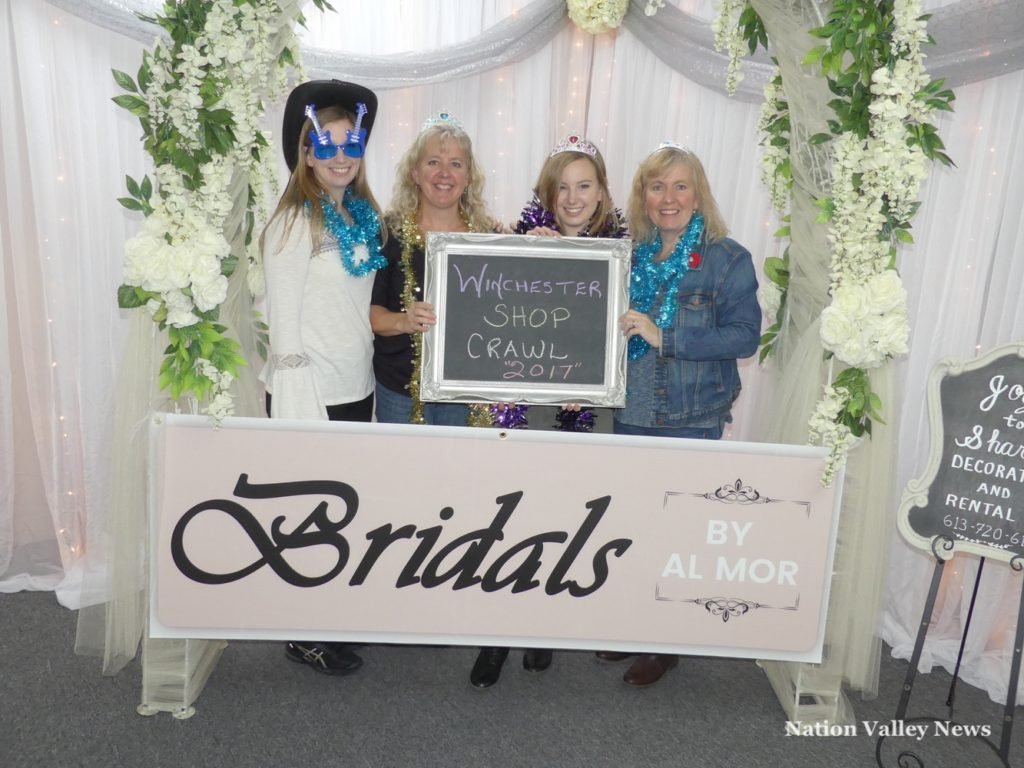 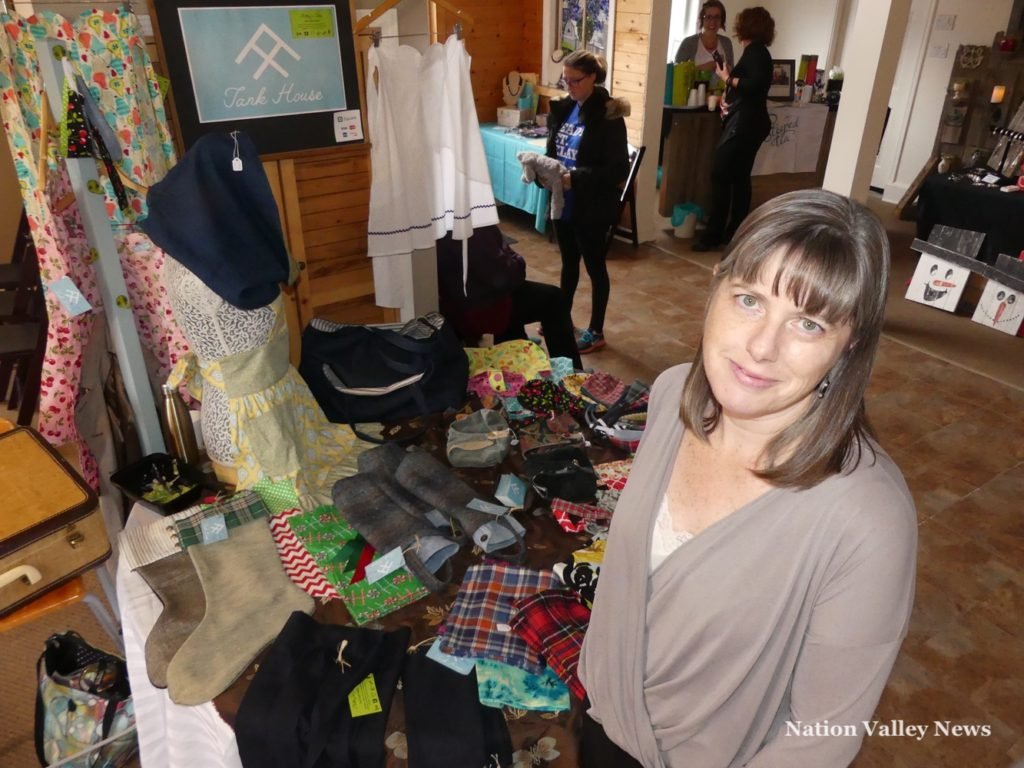 Merrickville’s Christina Charette of Tankhouse Fabrications, at the vendor fair inside Winchelsea events. 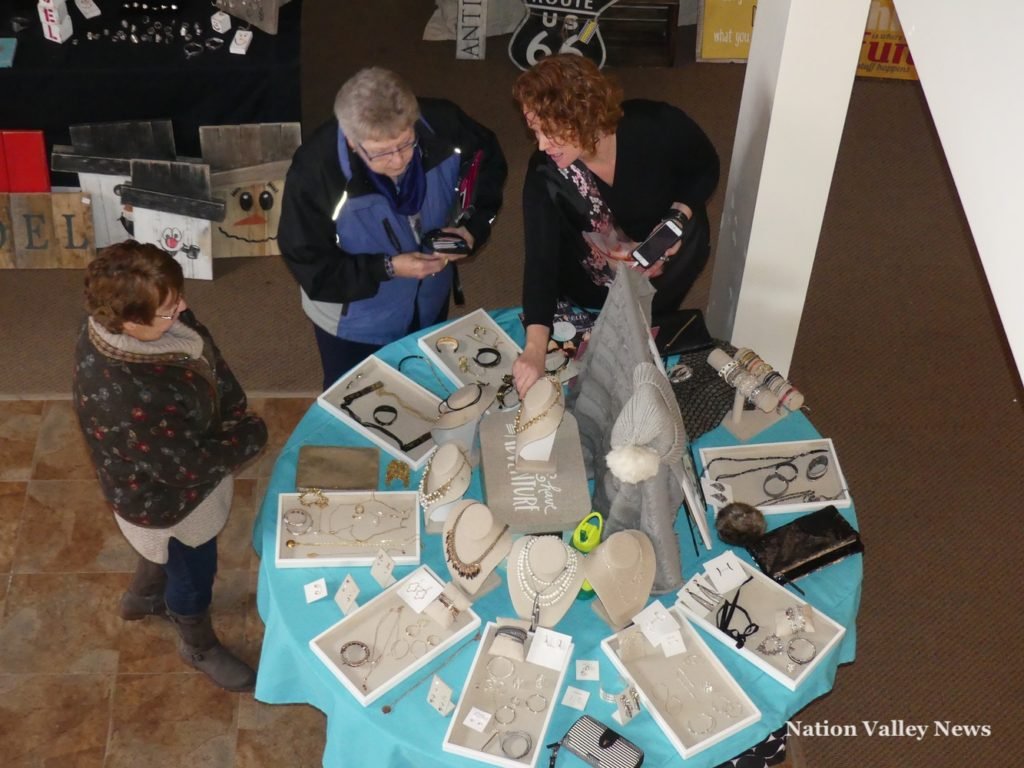 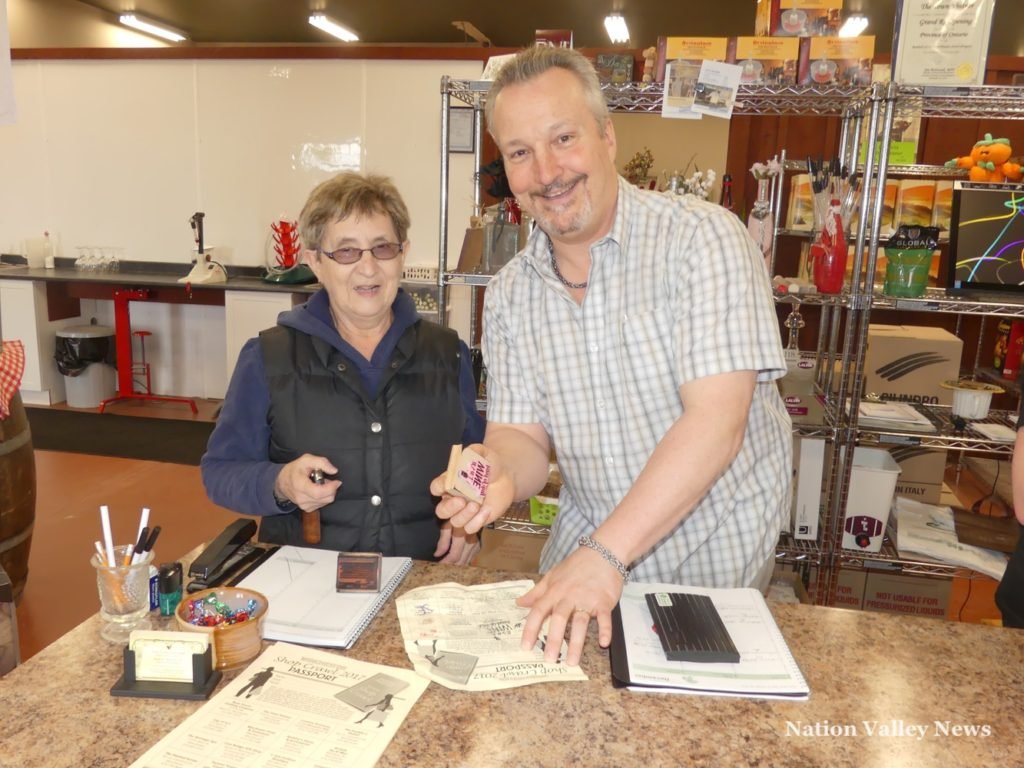 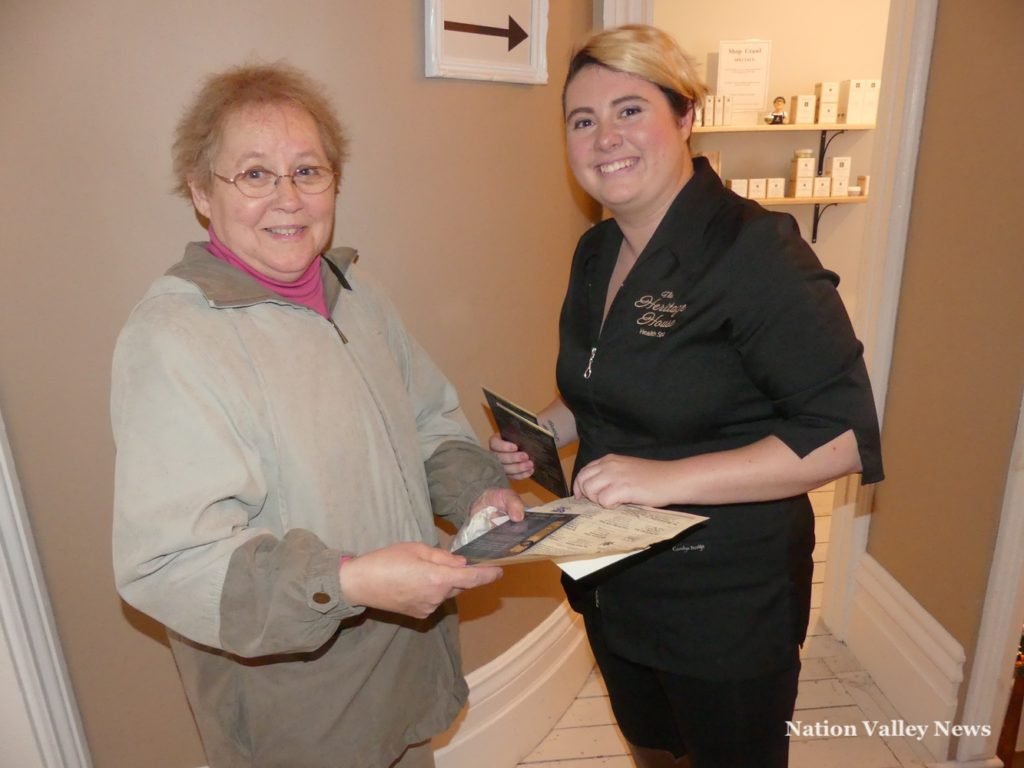 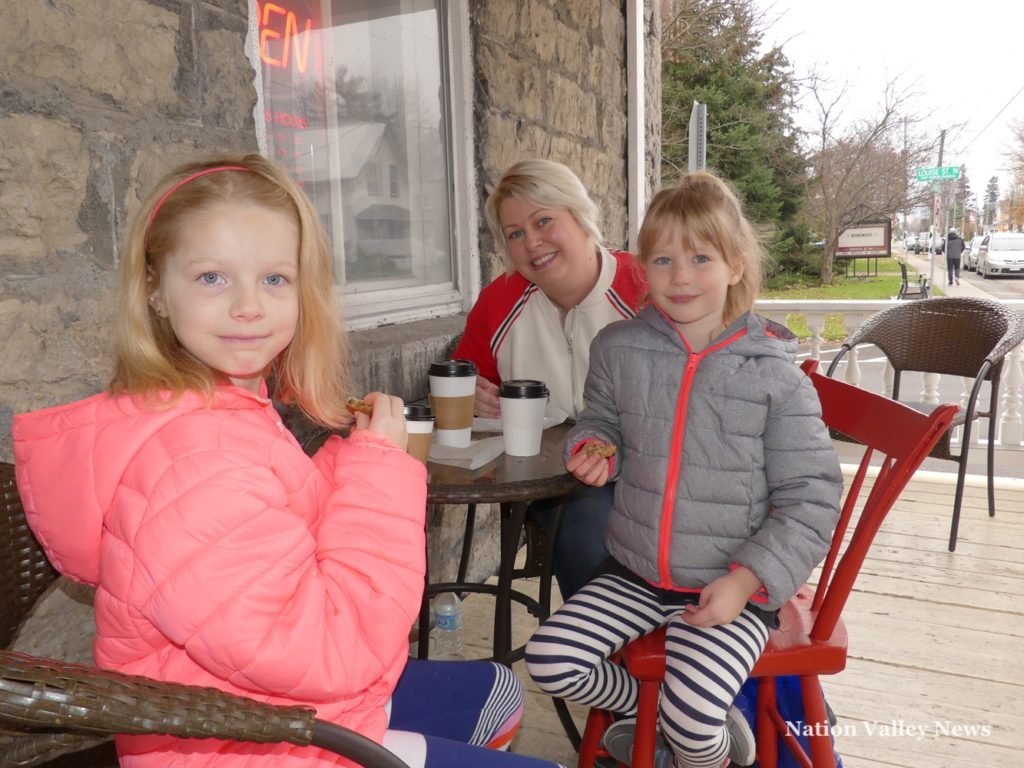 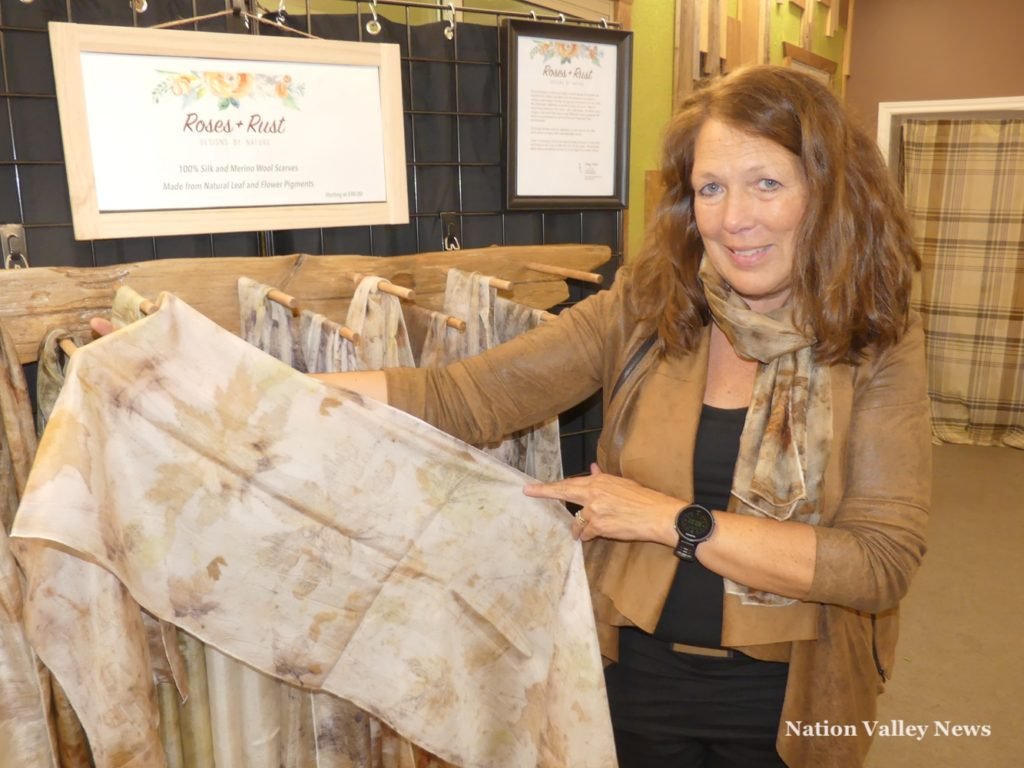 Ginny Fobert of Arnprior shows off her “eco-printed” silk scarves, featuring the natural impressions and dyes of real leaves and flower petals — some of them originating from the Planted Arrow Flowers & Gift Shop, where Fobert was set up during Winchester Shop Crawl. Also a photographer, Fobert offers her scarf line under the name “Roses + Rust Designs by Nature.” Zandbergen photo, Nation Valley News

Advertisement – Open Art Classes with Carrie Keller
“Because anybody can paint” ….
Local artist Carrie Keller will teach you the fundamentals of painting, at your own pace, during a weekly Open Painting Class conducted in her comfortable Winchester home. Call now.

Advertisement – Winchester BMR
Ready to dive into a home improvement project? Winchester BMR currently has loads of laminate flooring on clearance. Or get rustic with the store’s ample supply of genuine old barn board, beams and tin. Plan that gleaming kitchen renovation. Shed a new light on your interior. Do it all with Winchester BMR. Learn more.

Chesterville duplex for rent immediately … click for details in classifieds.