AVONMORE — Rock’n Ronda’s has moved on to bigger and better things after almost 20 years.

Customers old and new continue to enjoy the great home cooking and baking of Ronda Guindon. She and husband Michael St. Denis and son Michael Jr. have reopened Rock’n Ronda’s, just a short jog down the road from the establishment’s previous Avonmore address. 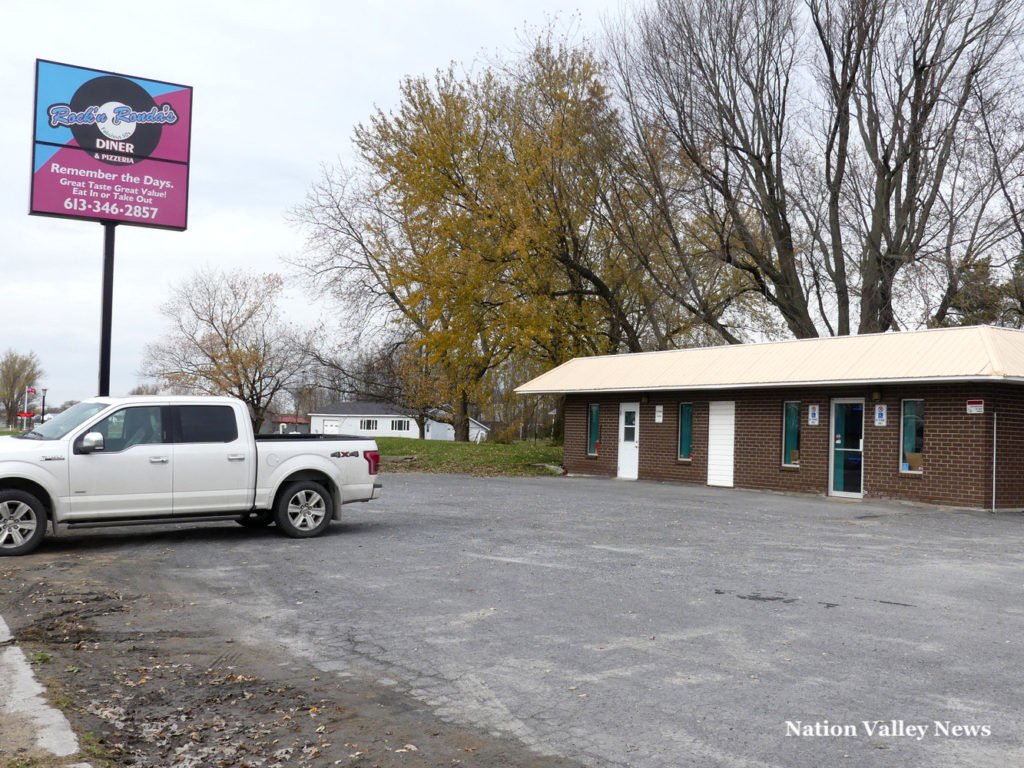 The family-owned restaurant officially reopened to the public last week.

The new building was previously owned by Patsy Evans, who operated a restaurant there for over 13 years. Due to medical reasons, Patsy has hung up her apron for good.

Guidon, a longtime friend of Patsy’s, hated to see such an amazing place go unused.

She called a realtor and was “just curious to see it,” she said.

A few days went by before the family decided to buy it.

According to Guindon, her son’s favourite saying now is, “We bought a restaurant by accident.”

The new owners quickly got to work on renovations.

The elder Michael St. Denis, a carpenter, set about the project as soon as he could.

“It was only 15 days from before to after,” the elder Michael said. 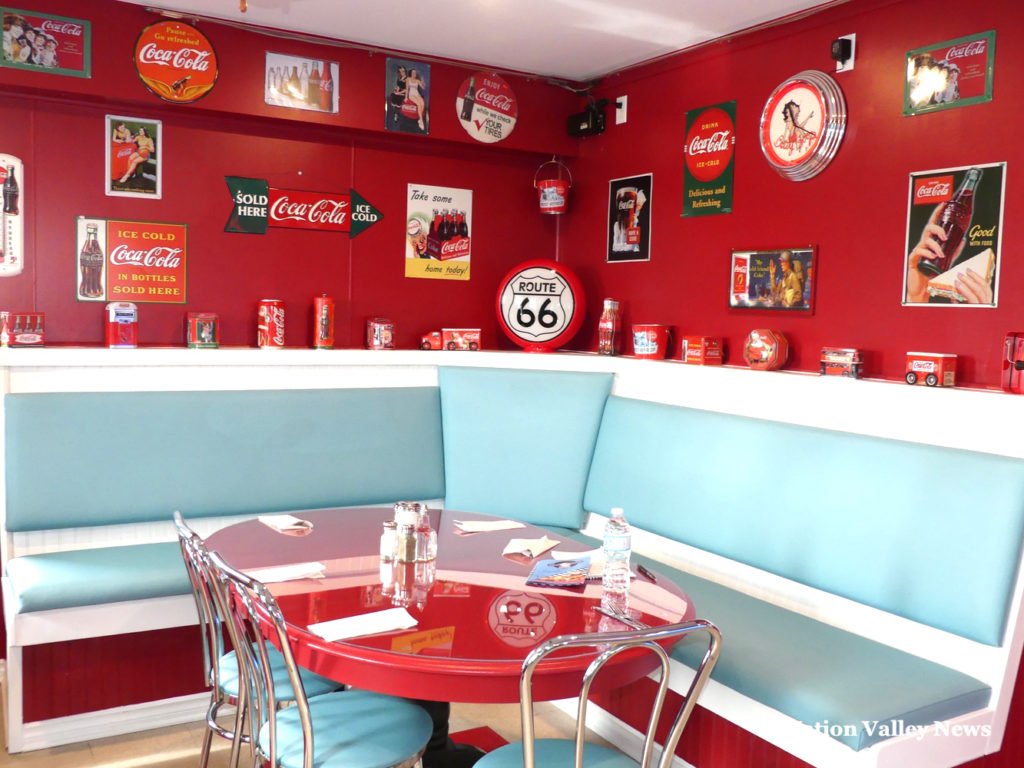 This one-of-a-kind corner booth was re-upholstered by a family friend and neighbour of the family. He kindly donated his services to not only refurbish some furniture but also helped by changing the locks as well. The family is truly grateful for his efforts. Smith photo, Nation Valley News

The revamped diner, emulates a classic mid-20th century diner with a 30s to 50s vibe. Legendary stars like Elvis, Monroe and Betty Boop and cotton candy coloured paint cover the walls from one end of the restaurant to the other. 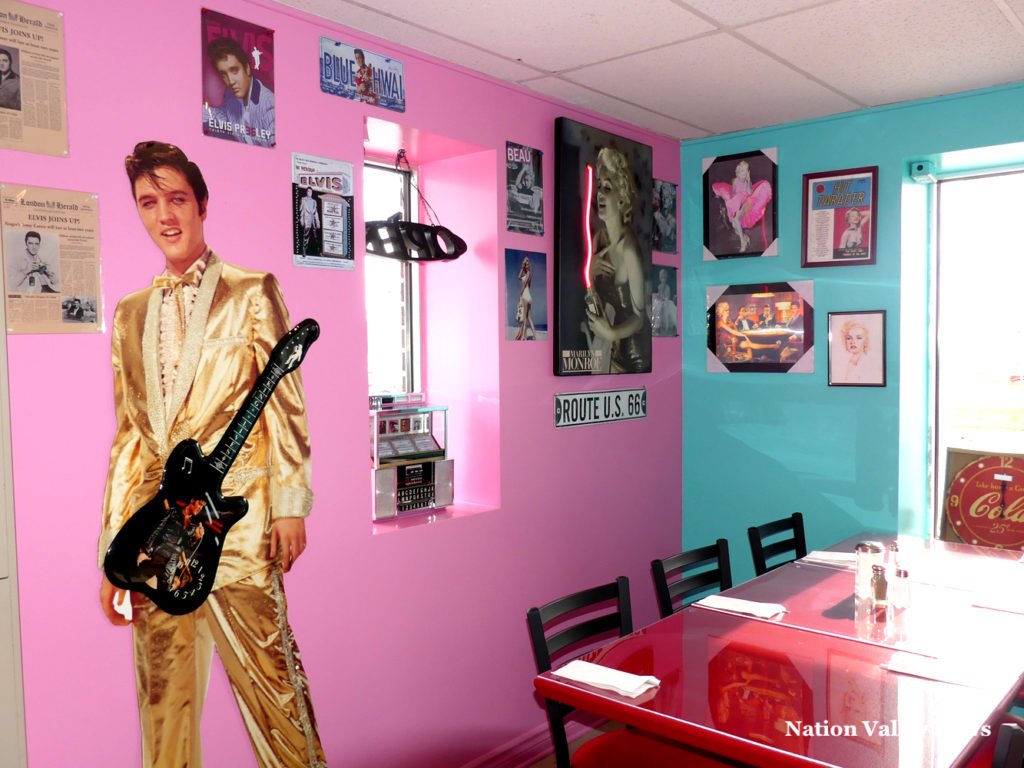 The life-sized Elvis is very popular with customers and many have their pictures taken with him. Smith photo, Nation Valley News

Customers also have the option to “shop retro and shop while you eat,” explained the owners, with several pictures and collectibles on display for customers to purchase. 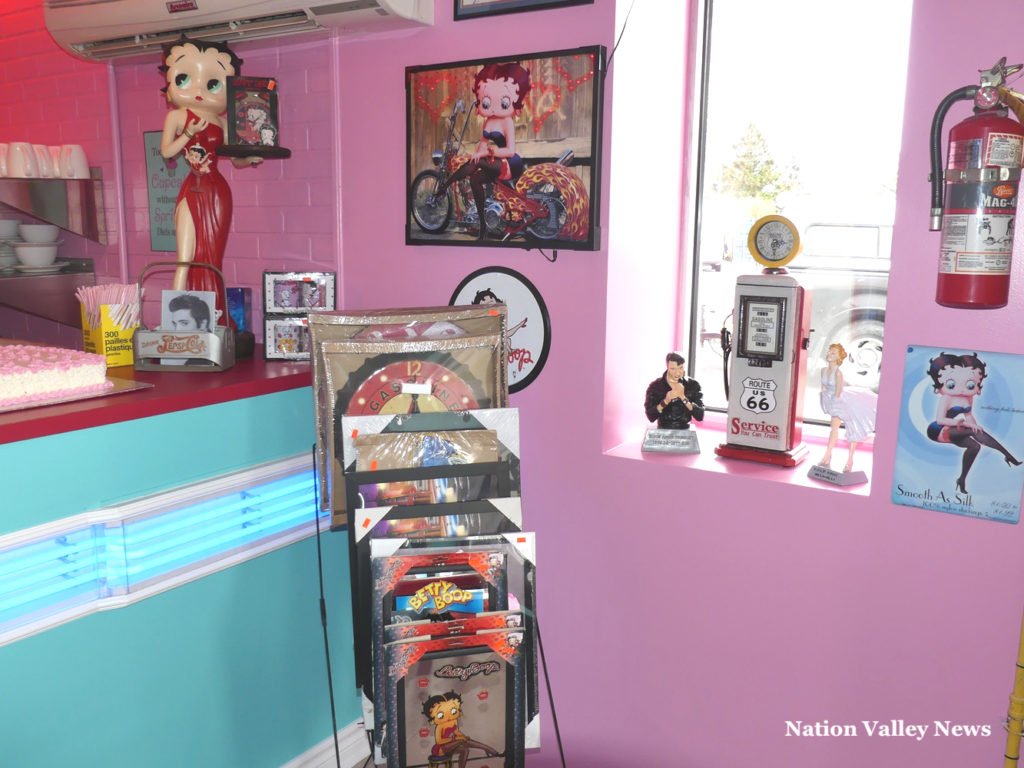 A display of items available to purchase while they dine. Smith photo, Nation Valley News

The menu is filled with many delicious favourites, but it also includes new items like chicken wings, egg rolls, fish and chips and jalapeno poppers.

Also new to the menu, and to the owners, is breakfast.

On weekends, stop in and enjoy everything from eggs, to French toast, pancakes, and a new customer favourite … homemade waffles!

They are open 11 a.m. to 8 p.m Tuesday to Friday and open early for breakfast on the weekends, 9 a.m. to 8 p.m. They will remain closed on Mondays.

Not only is Guindon a great cook, but she is an amazing baker as well. 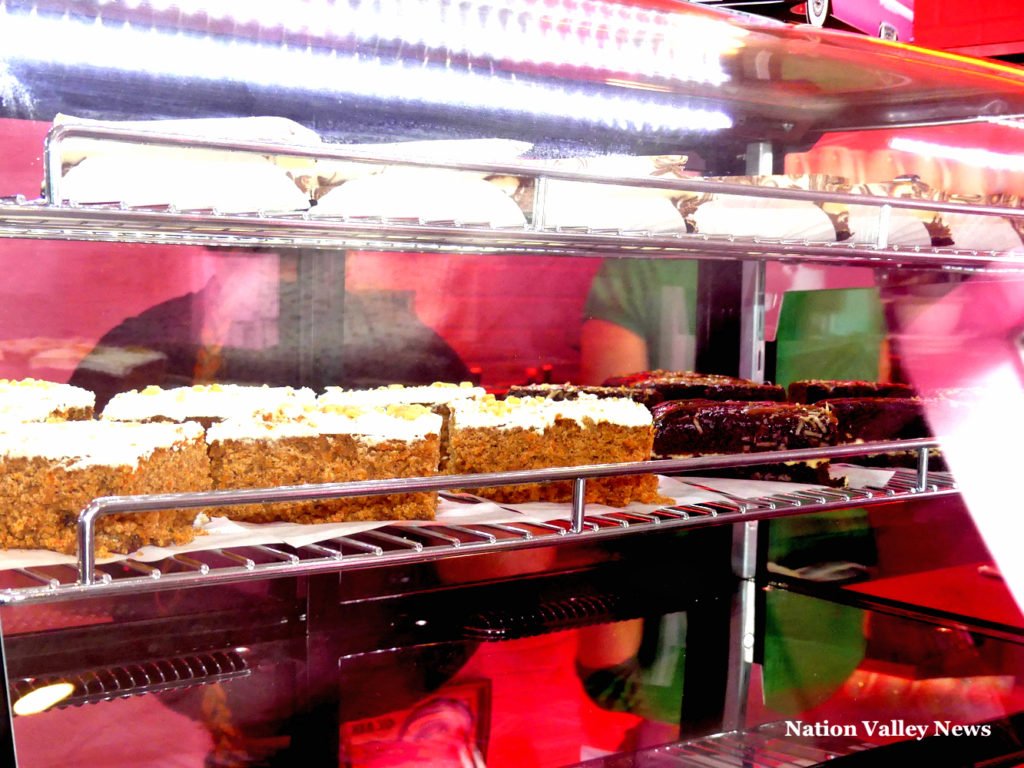 Many look forward to seeing her every year at the Avonmore Christmas Craft Show; this year she was far too busy with the opening to make it.

Anyone looking to buy her Christmas baking again, or for the first time, can call in or drop by with their orders.

Orders can be made for any occasion any time of the year.

The proprietors plan to give the exterior of the restaurant a face-lift, including the possible addition of a patio, come spring time.

A grand re-opening is planned for sometime within the next month.

Keep watch for news of the coming event on Nation Valley News, for your chance to try some of the owner’s delicious treats!