The 21st annual North Dundas Parade of Lights got rolling under a full moon and — mercifully — exceptionally mild conditions. The largest crowds waited at Winchester’s main corner and Sweet Corner Park, on the final stretch of the parade route, where emcee Shawn Brownlee regaled listeners with descriptions of each float over a PA system. Many spectators snacked on “Charity Fries” doled out by the village’s Downtown Revitalization Committee as fundraiser for continued beautification efforts in the village.

“What an incredible parade. One of our best ever, I think,” said Parade of Lights organizing committee member Sandy Burns in a Facebook post. “Did you enjoy it? Thank you to everyone who helped make this possible. I love seeing how much the community comes together to make this such a success.”

Sixty floats participated in this year’s parade, with a waving Santa occupying his traditional spot at the end of the procession. (Update: The reported number of floats has been increased from the originally provided figure of 59.)

Vince Zandbelt of the Downtown Winchester Revitalization Committee said that people from all over the area visited his group’s fundraiser French fry stand at Sweet Corner Park as the parade prepared to get underway. “There was a lot from from Morrisburg and surrounding area,” marvelled Zandbelt of this year’s crowd.

Parade organizers will soon announce those floats judged to be this year’s best entries. In the meantime, cast your virtual ballot for the ‘People’s Choice Award’ float here: https://northdundasparadeoflights.ca/parade/ 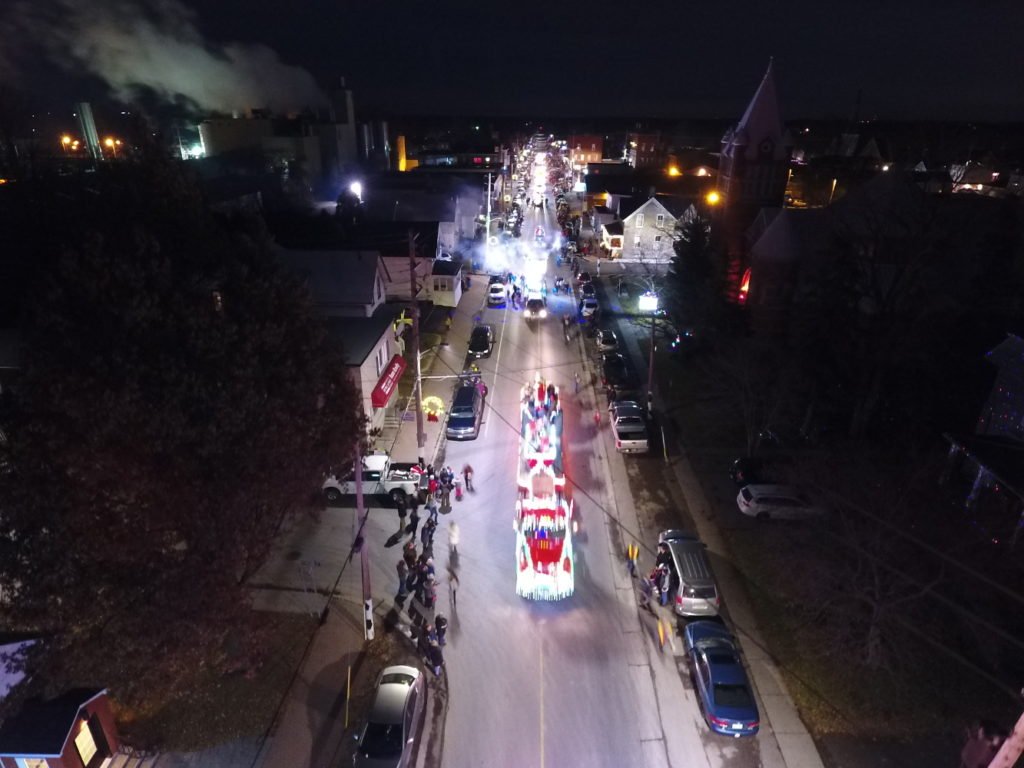 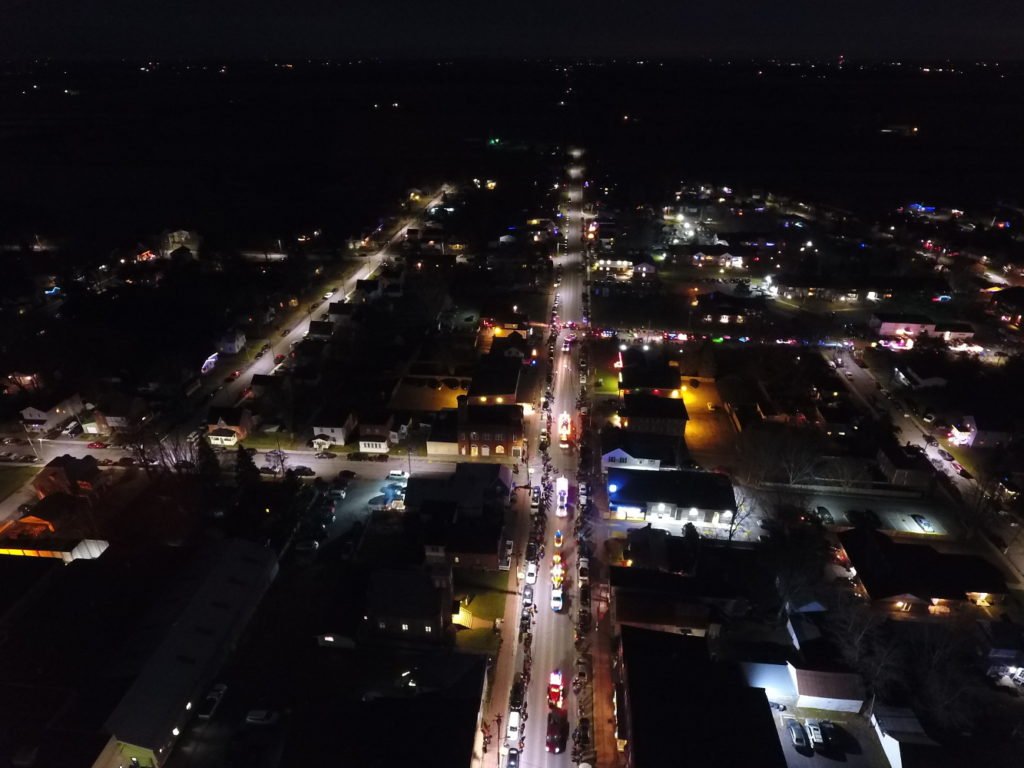 See more of the parade in the gallery below. 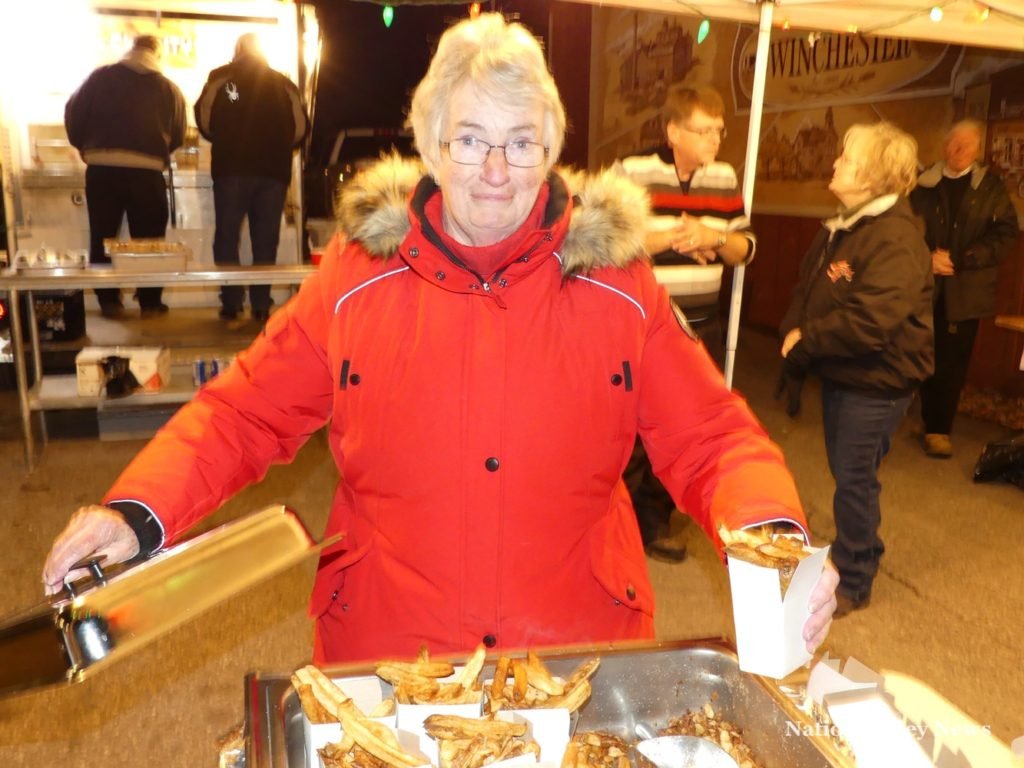 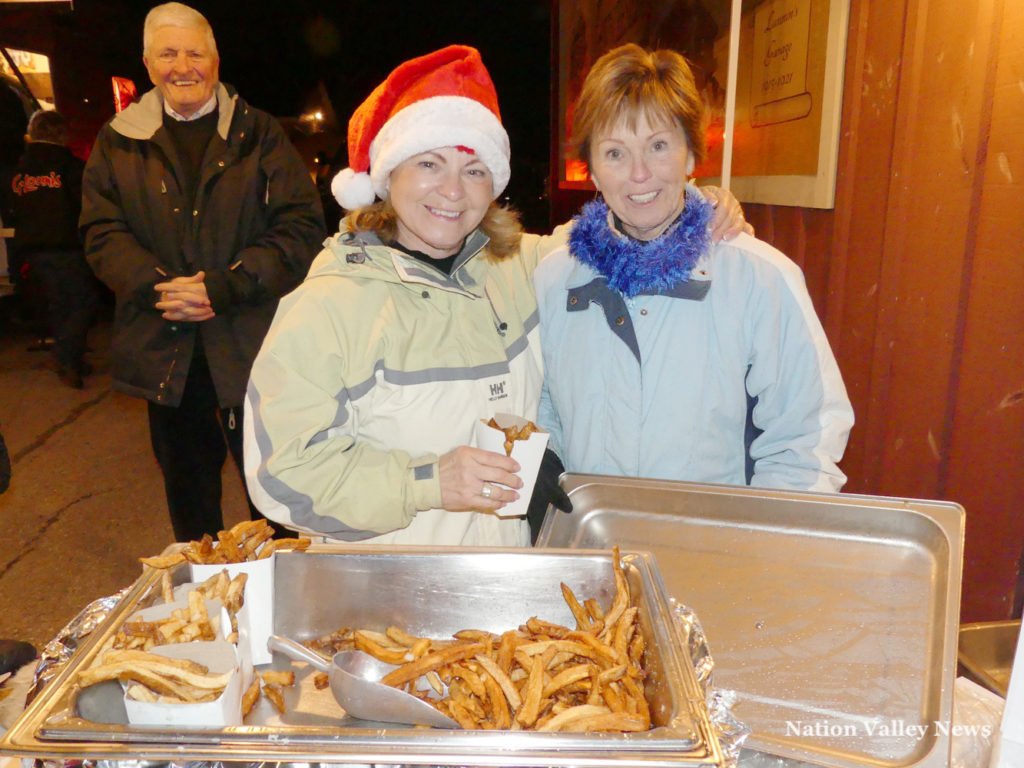 Volunteers at the ‘Fries for Charity’ event found no shortage of takers for their fundraiser spuds at Sweet Corner Park, with all proceeds to the efforts of the Winchester Downtown Revitalization committee. Top photo: Linda Thompson. Bottom photo: Bev Shortt (left) and Gloria Stewart with (background) Bill Stewart. Zandbergen photos, Nation Valley News

‘Fries for Charity’ volunteer Vince Zandbelt said the “very well received” initiative raised $3,000 for the committee’s efforts — to be plowed into the purchase of public garbage bins to keep the village tidy. All supplies and labour for the endeavour were donated, with Al and Judy Graham (formerly of AJ’s Catering fame) overseeing the preparation and frying of the final product that day.

“We want to thank the community for their support as well,” said Zandbelt, adding that Fries for Charity is set to return next year because of its proven success in 2017.


Catch some of the flavour of the 2017 North Dundas Parade of Lights in this footage taken by NVN that balmy Dec. 2 evening in Winchester. Listen closely and you’ll hear event emcee Shawn Brownlee of The Town Vintner fame announcing a couple of the floats. And was that Santa behind the wheel of the Wubs Transit bus while simultaneously appearing with the Chesterville Fire Department’s Heritage Pumper at the end of the parade? He’s a magic man, that old St. Nick! Also watch as Liberty Lane Farm’s Lorie Duff effortlessly gets her horse to bow to the crowd gathered at Sweet Corner Park.
Scroll down to share this article. Scroll down to search nationvalleynews.com. Scroll down to comment.