WINCHESTER — Seaway Valley Crime Stoppers unlocked a tally of more than $2,500 when the cuffs were slapped on a local grocer and his local celebrity cronies.

All eyes were on Winchester Foodland proprietor Dan Pettigrew, weighed down with 250 pairs of plastic handcuffs and barely able to stand, during Saturday’s fundraiser at the store.

Pettigrew’s burden gradually lightened through the day, with every $10 donation releasing a pair of the handcuffs that riddled his body. He was free by 4:45 p.m. Each of his co-conspirators filled a “bail bucket” to secure release from Coke captivity.

The event, which coincided with Crime Stoppers Month, was a success even as the local community braved the brutal cold and dug out from the previous evening’s big snowstorm. Copeland, police co-ordinator for the Seaway Valley Crime Stoppers organization, expressed thanks to the involved “convicts” for participating in the effort. 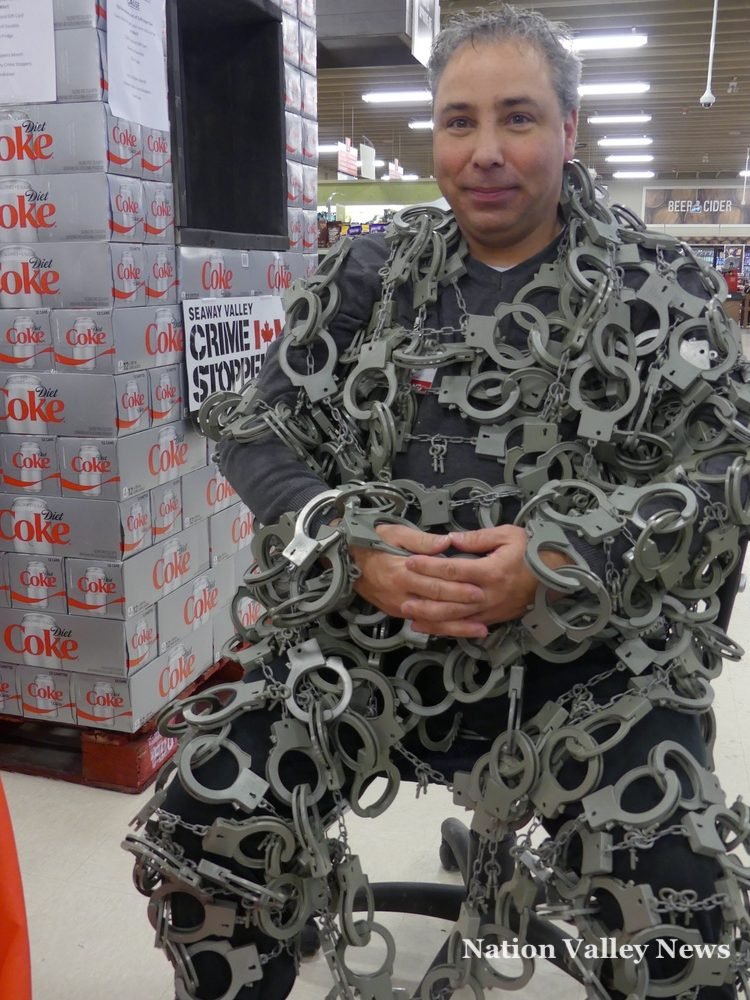