CHESTERVILLE — It’s not for lack of grooming equipment that local snowmobile trails remain largely closed for the moment.

The Nation Valley Snowmobile Association rolled out its newly acquired groomer tractor from a repair shed at Derks Elevators last week, right after a January thaw and re-freeze closed trails due to lack of snow.

But once more of the white stuff arrives, the 2008 T6030 New Holland tractor will keep 150 km of trails in fine form in the NVSA’s eastern quadrant — an area covering the eastern half of North Dundas, along with much of North Stormont and down towards Riverside in South Dundas.

Volunteers with the NVSA and some its associated clubs worked for about three weeks to refurbish the used tractor and get it ready for service. Inside a machine shed loaned to the organization by Derks Elevators — Gary Derks is a longtime snowmobiling enthusiast — Graham Duke, a past president of the NVSA, repainted the 115-hp machine.

Purchased for $20,000 from the Eastern Ontario Snowmobile Association in the Prescott-Russell area, the tractor replaces a slightly smaller 2003 model originally purchased new from Weagant Farm Supplies. Like its predecessor, the T6030 has been outfitted with tracks overtop tires, allowing for efficient travel over snow while hauling the same groomer as its retired predecessor.

The older tractor was finally separated from the groomer on Jan. 19, while volunteers Barry Smith, Carl Munro, Theo Herfkens and Paul Ropars worked feverishly in Derks’s shed to correct a last-minute hiccup on the replacement tractor’s three-point hitch.

“All we need now is 20 centimetres of snow,” said Ropars, President of the Winchester Snowmobile Club, one of the member organizations in the NVSA.

Ropars said the NVSA runs two other similar tractor-groomer combinations in the other areas of its jurisdiction, in South Dundas and around the South Mountain area. The organization also added a special grooming snowmobile — good for bogs and areas where the weight of a tractor might be a problem — this year.

He explained that funding for the trail grooming comes out of the $190 annual Ontario Federation of Snowmobile Clubs trail permit fee paid by snowmobilers. “We’re spending $2,300 to $2,500 every week when we’re grooming.” 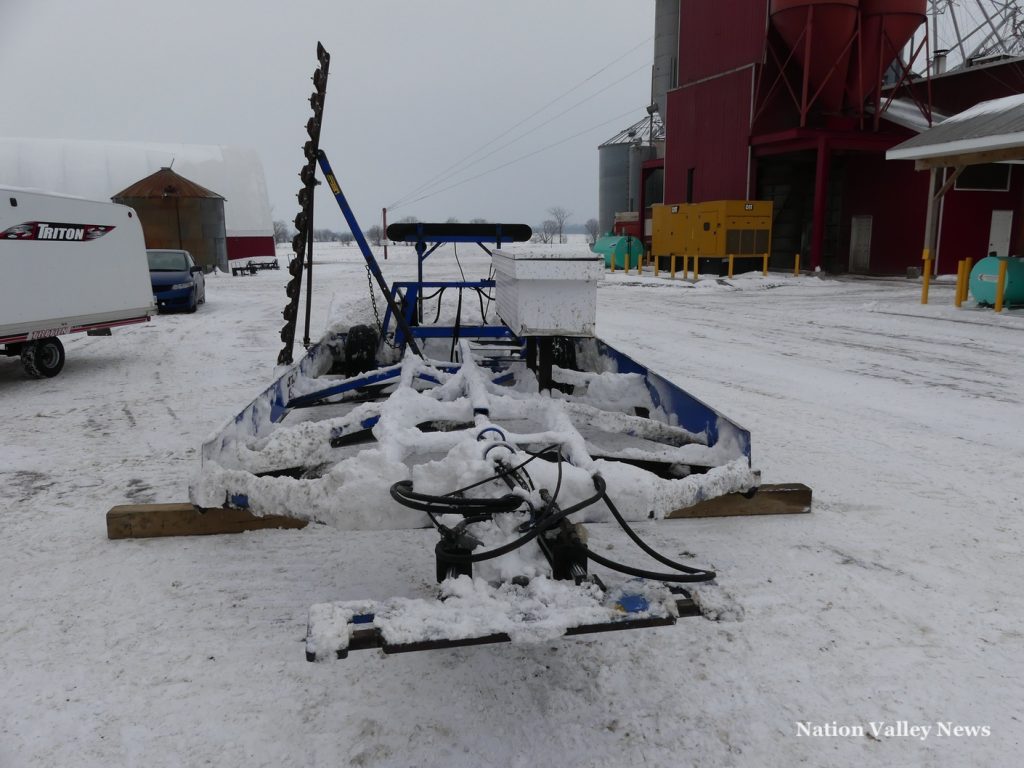 The groomer that will be hitched to the new tractor. Zandbergen photo, Nation Valley News 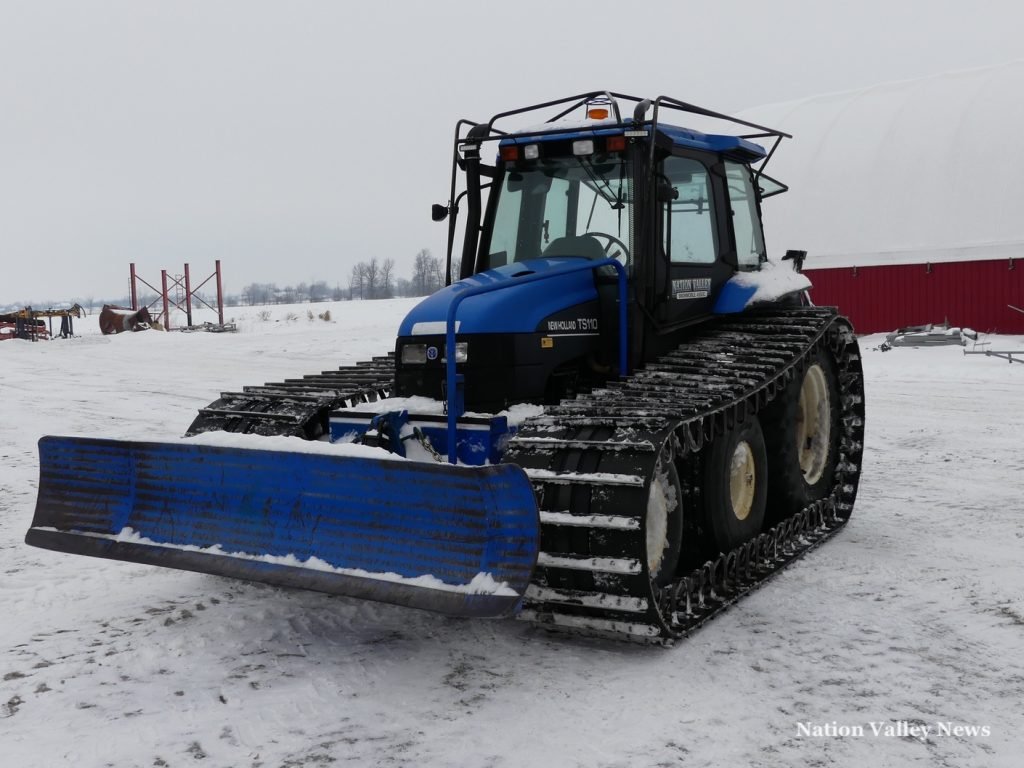 The old tractor, which is going back to Weagant’s to be repurposed as a regular tractor. Zandbergen photo