A young participant makes a splash in Freezin' for a Reason. Zandbergen photos, Nation Valley News

WINCHESTER — They took the frigid plunge for a good cause on Saturday and raised a “cool” $1,877.

Participants as young as six years old collected sponsors and jumped into a canvas pool of water set up by firefighters from the Winchester station. A few brave adults also made the leap, including GIAG’s youth facilitators Jess Carty and Shelby Beckstead.

Wearing a unicorn costume, Sydney Leblanc delivered a haul of $400, earning herself the prize as top sponsor-getter. ‘Super Kid’ siblings Matt and McKenzie Johnson split the award for best costume. The latter Johnson also happened to win the door prize. They were also joined by their mother, Bev, on the plunge.

Mitchell Uguccioni and Jeriah Karpowich, both 6, were recognized as the youngest immersed in the icy water that afternoon. 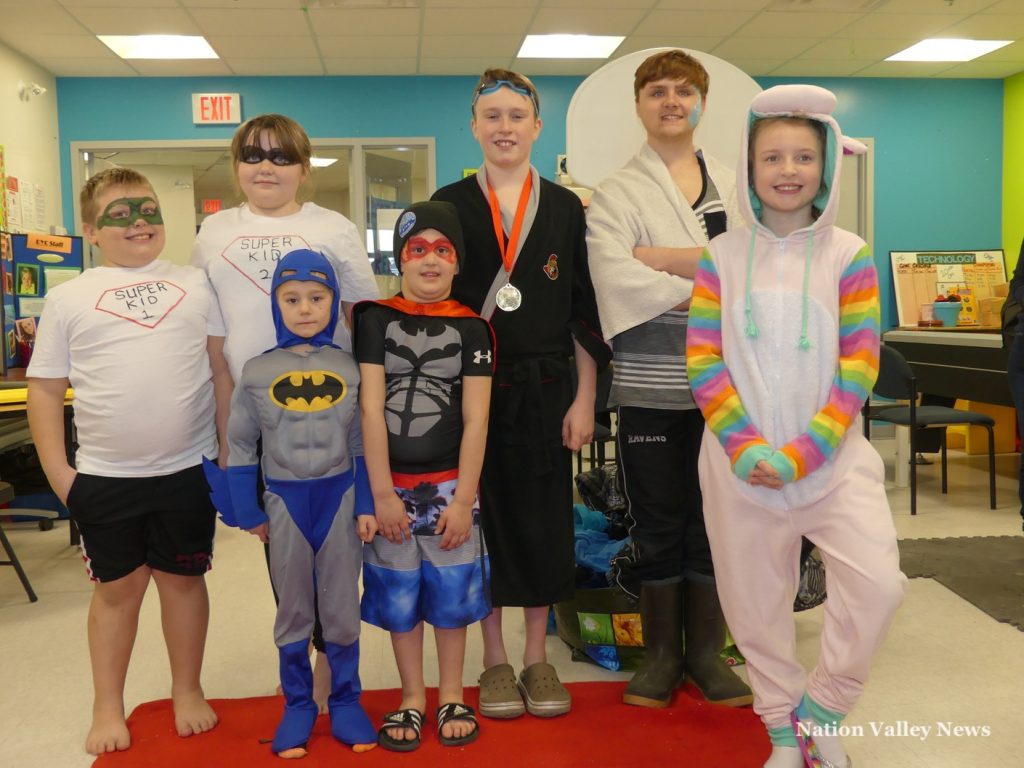 The youth who made the jump at Freezin’ for a Reason 2018 (from left): Matt and McKenzie Johnson, Mitchell Uguccioni and Jeriah Karpowich, Scott LeBlanc, Nathan Harris and Sydney Leblanc. Zandbergen photo, Nation Valley News 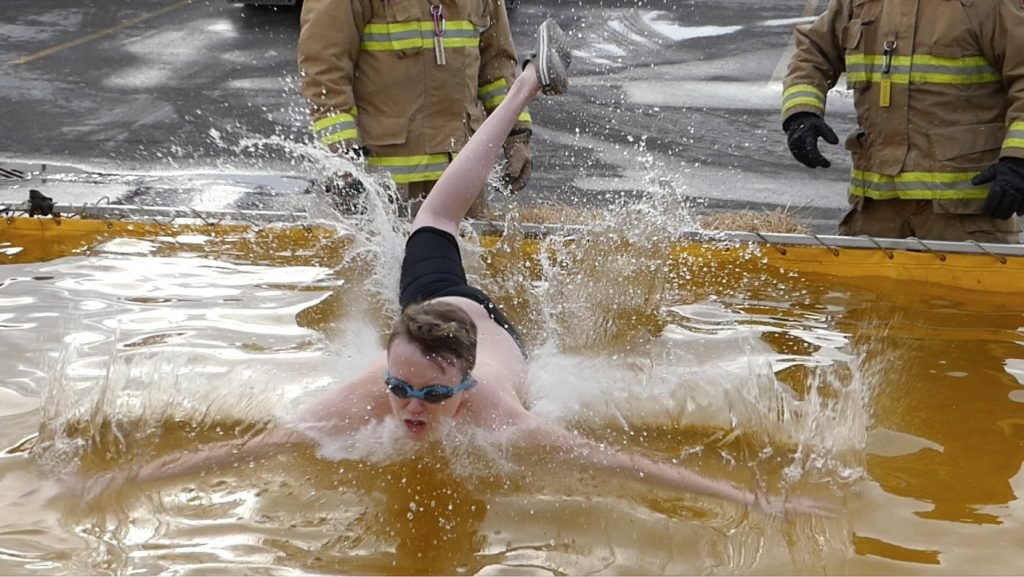 Chesterville Snowflake Carnival starts Friday! Click the image below for the full schedule.