INGLESIDE — More than two years in the making, the region’s newest brewer opened its doors this past weekend to tremendous response. The taproom and bottle shop at Humble Beginnings Brewing Co. (HBBCo.) were filled Friday and Saturday with thirsty craft beer fans looking to try a sample or pick up some beer to go.

Visitors came from all over to check out the “small-batch” brewing operation whose name describes its modest founding.  (The proprietors noticed that every micro-brewery seems to emerge from a story of “humble beginnings,” and settled on the concept for their company’s official moniker.)

Some patrons popped by the shop for a quick visit during the “opening pour” weekend, while others made an afternoon of their excursion to the Ingleside mall storefront previously occupied by the village’s long-time pharmacy.

“We are extremely pleased with the response from the community” said co-owner Pierre Doucette. “We’ve been working to get to this point for a long time and it’s fantastic to finally be able to share our passion for craft beer with others.”

Three brews were available for the debut, including a Kölsch, a Pale Ale and an IPA.

The “Mad Canadian” Kölsch, named in honour of stuntman Ken Carter, is a German-style lagered ale that is light in colour with a crisp finish. The “Out and About” Ontario Pale Ale is made from all Ontario ingredients in the style of an American Pale Ale, and was balanced to showcase Ontario malt and hops. Finally, the “Day Hiker” Vermont-Style IPA is HBBCo.’s interpretation of a Vermont IPA, providing tasters with a hop forward option that was dry-hopped to feature juicy fruit aromas and flavours characteristic of the five hop varieties used.

Recipes were developed and tested by HBBCo.’s brewer, Duncan Cowie, in consultation with Doucette. “Duncan and I worked together to create recipes that reflected the vision we had for Humble Beginnings and would appeal to our communities.”

The owners — Doucette and his wife, Susan Wallwork — plan to add more brews to the taps in the near future, including a Stout, a Red IPA and a Wheat beer.

The opening pour came as a real milestone achieved after HBBCo.’s establishment back in November 2015. Since then, the operators have been crafting recipes, obtaining licensing, and setting up their brew house and taproom — all in anticipation of finally producing beer to sell from their front counter exclusively.

HBBCo. will have limited hours the next few Saturdays (1-6 p.m.) and aims to have more regular hours in early spring. An official grand opening is scheduled for April 28.

Craft beer is available by the glass onsite, or to-go in 1.89 litre (64 ounce) and 0.95 litre (32 ounce) growlers. Attendees at the Feb. 21 North Dundas Chamber of Commerce annual general meeting in Chesterville are also set to sample some Humble Beginnings beverages. 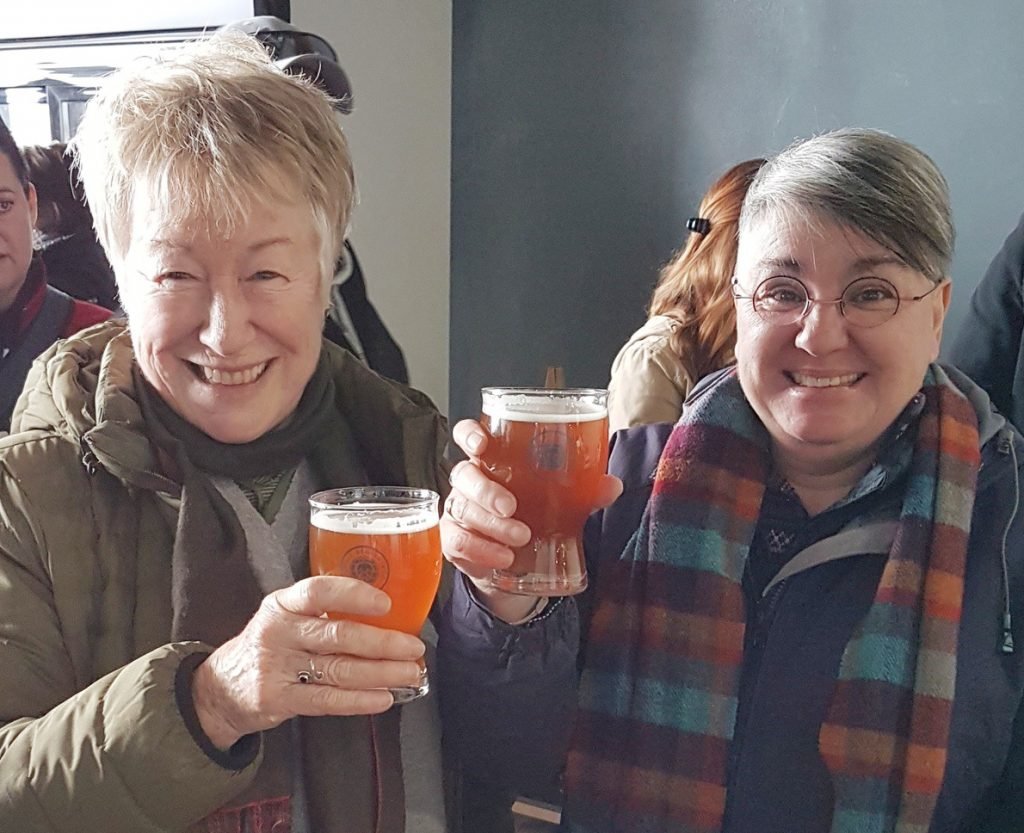 Enjoying glasses of locally made beer in Ingleside. Courtesy photo

A bucket of malt barley, one of the ingredients at Humble Beginnings Brewing Co. Zandbergen photo, Nation Valley News 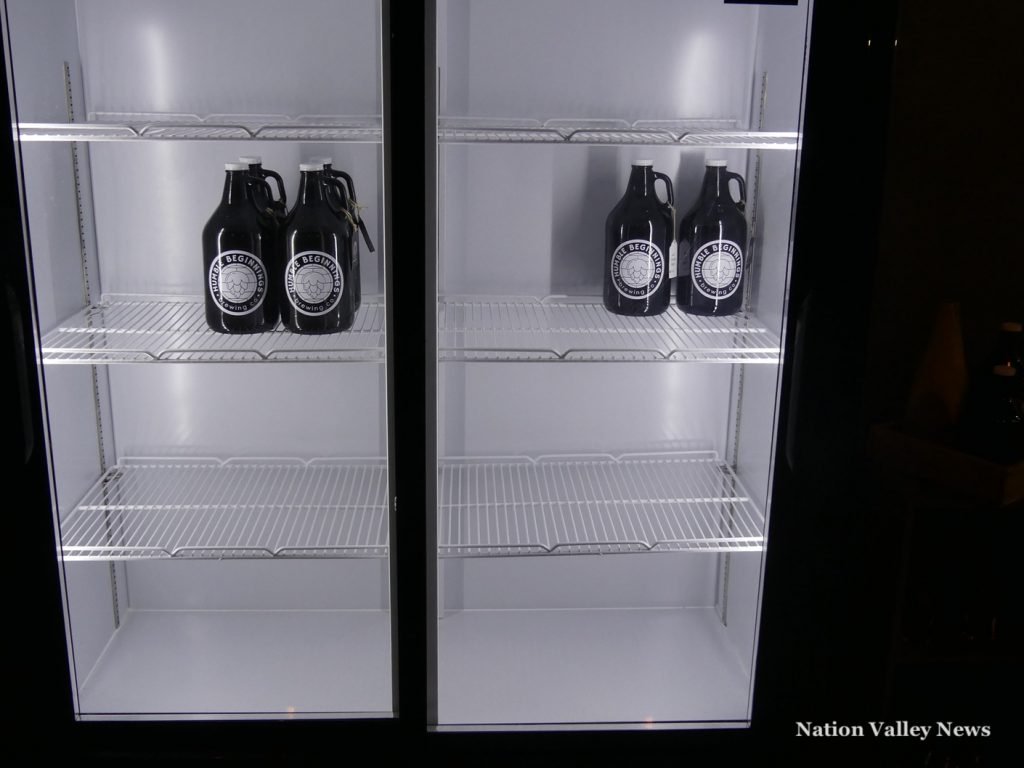 The cooler was nearly depleted of growlers as the operation’s ‘First Pour Weekend’ came to a close on Saturday. Zandbergen photo, Nation Valley News 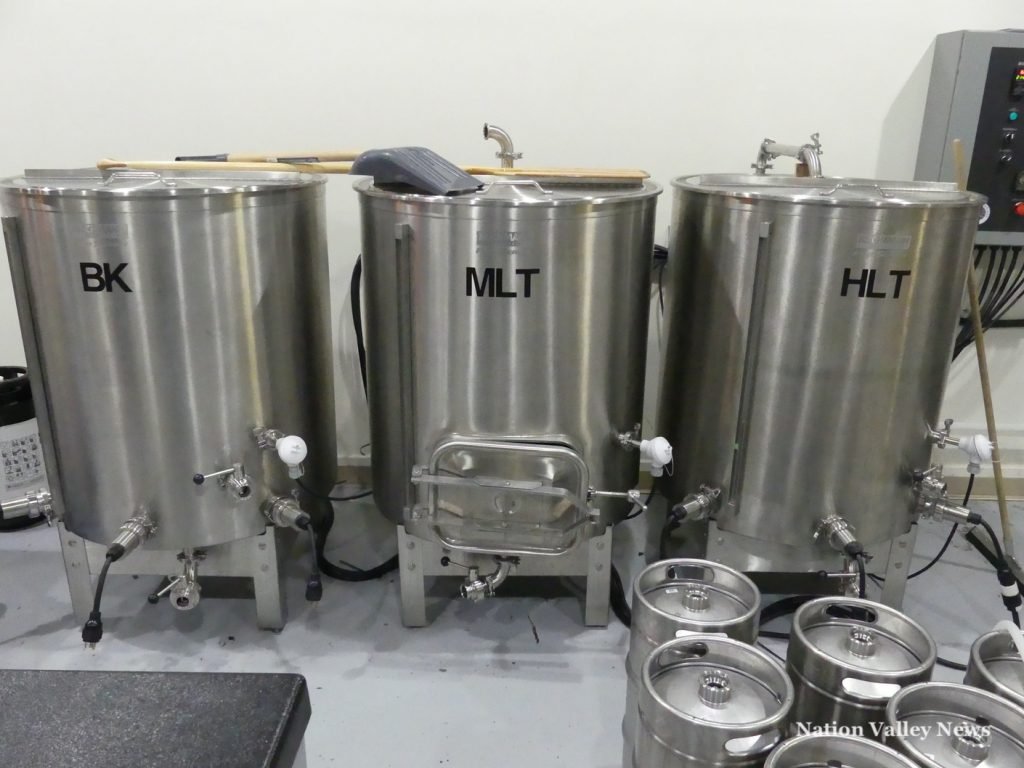 Three kettles that are used in the brewing process at Humble Beginnings. Along with four fermentation tanks, the units were purchased in the U.S. but manufactured in China. Zandbergen photo, Nation Valley News 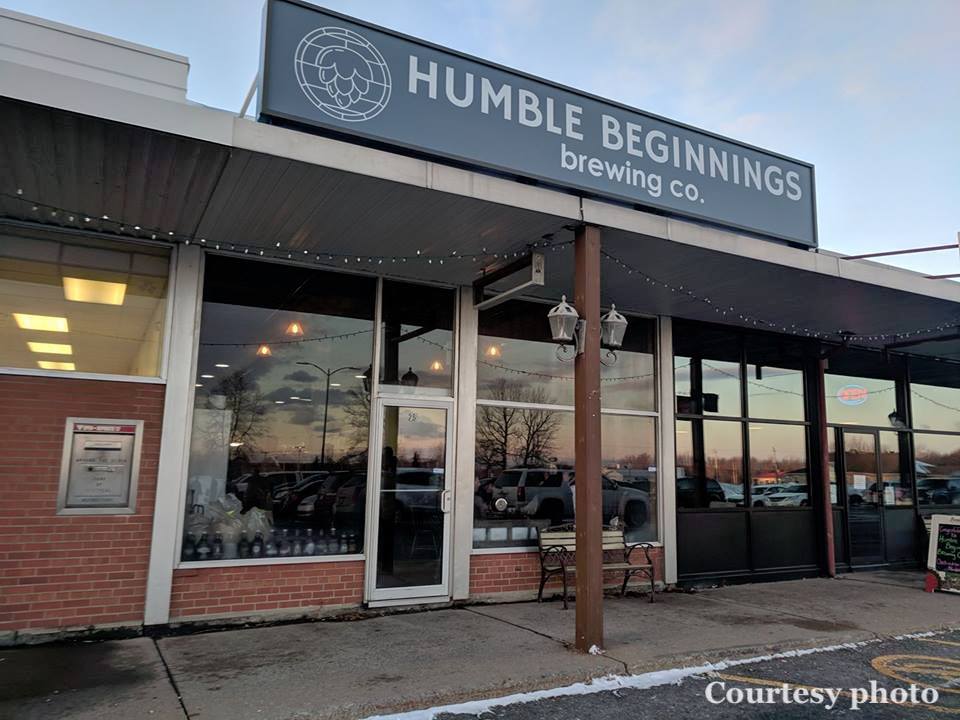 The exterior of the Ingleside shop. Courtesy photo 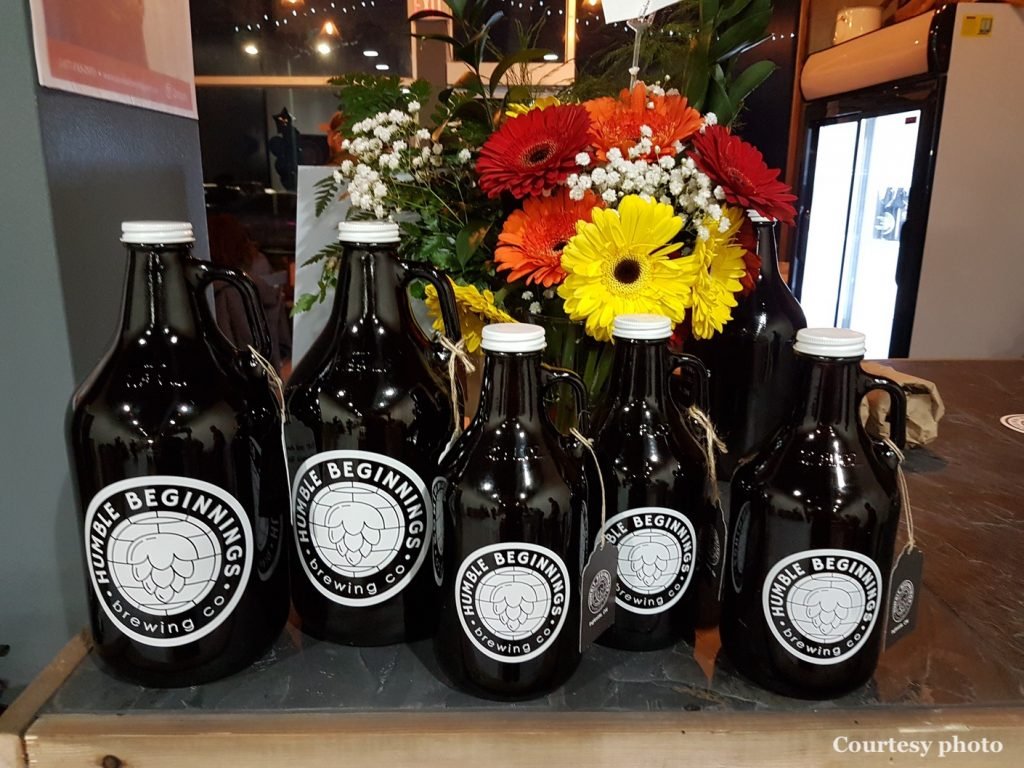 Two sizes of growler are sold at Humble Beginnings, along with beer by the glass. Courtesy photo