CHESTERVILLE — Artists from around the province are set to gather June 2-3 in this picturesque village less than an hour’s drive from Ottawa.

And if past years are any indication, crowds of people will come out to enjoy ‘Art on the Waterfront’ and a creative vibe of artwork, crafts and live music immersing Chesterville.

The annual event festoons Chesterville with an impressive collection of outdoor displays featuring visiting artists, artisans and their handiwork — on both sides of the South Nation River. That includes the north bank’s concrete walkways that have always served as a key spot since the festival’s 2011 inception. (Art on the Waterfront was initially held as a way of putting the developed riverbank to good use, after its government-funded multi-million development earlier this century.)

Running the first weekend of June, the 2018 edition has something for everyone— from unique pieces of work crafted by regional artists, to live music, to a Kids Zone entertainment centre with bouncy castle. There’s even a farmers’ market for the duration of the festival.

“If you haven’t been to Chesterville before, you’ll see it’s the perfect place to showcase some of our local talent,” says Cheryl Beasley, member of the organizing committee. “During the day, you can stroll along Water Street and browse the booths that display amazing and talented artisanal work.”

More than 40 artists are expected.

Music producer Michael Houston (aka “tic”) has again arranged an incredible lineup of live music on the the main stage, located in the beer tent area on the south shore (beside the library building). The tunes start at noon and go until 6 p.m. on the Saturday — 5 p.m. on the Sunday. Confirmed featured acts include: Ken Workman; Mosely; Caribou Stew; Slo’ Tom & the Handsome Devils, Steve Stacey; Hey Buster; and Krystal Jyl and The Jacks.

In a repeat of last year, the performers will use a professional stage and sound system provided by Ottawa Special Events, the burgeoning firm in the nation’s capital owned by Chesterville native Peter Gilroy.

“Ottawa Special Events is one of our more important sponsors,” observes Houston, a resident of Finch. “They’re absolutely amazing.”

He adds that this year’s youth talent show will take place on the big stage — contingent on weather — moving upstairs into the nearby community centre/library building in the event of rain. The venue change should make the occasion more exciting for the kids and their parents, putting them front and centre. 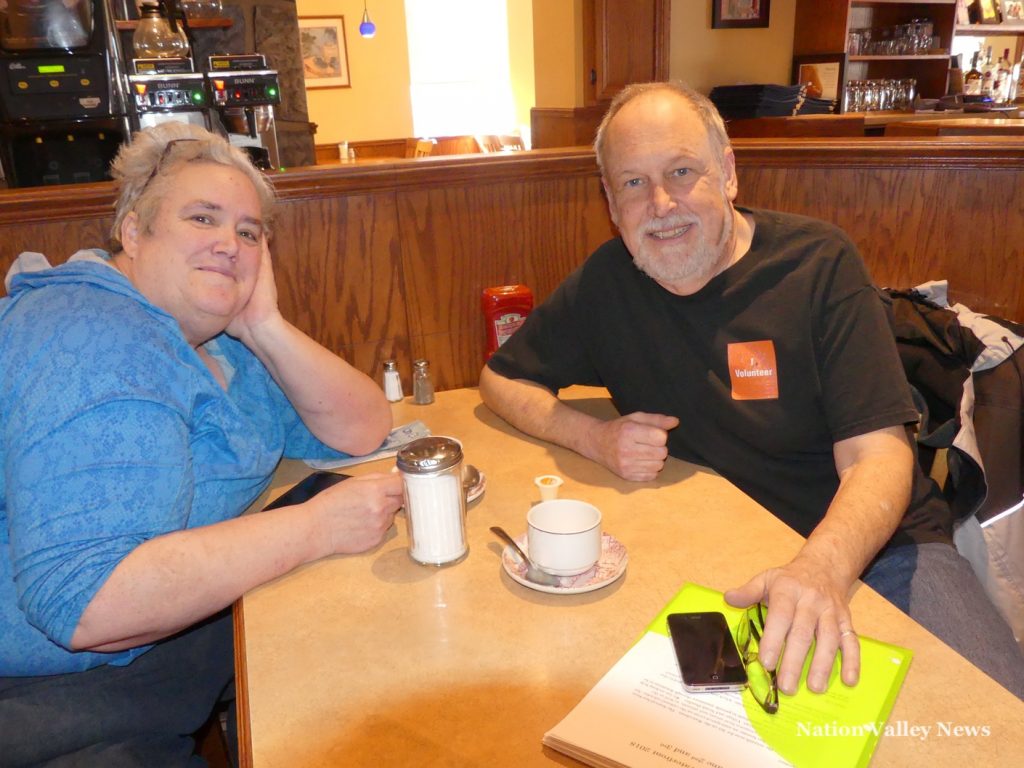 The festival launches June 2 with a big breakfast 8-10 a.m. at the Gathering House (2 Water Street), also the site of a large quilt show put on by the Upper Canada Quilt Guild.

Opening ceremonies kick off the festival at 10 a.m. that morning.

“I think this event has something for everyone,” says Beasley. “Every year, it continues to grow, and we are so pleased to welcome some new partners this year.”

In addition to Gilroy’s company, dozens of entities have signed up as event sponsors — with the Toronto Dominion Bank, SD&G Counties, WUBS Transit and the Township of North Dundas noted as key examples by organizers.

So popular is Art on the Waterfront, Chesterville actually has need for public transit to handle the influx of crowds: WUBS Transit will run a shuttle bus service from the arena to the downtown area.

“So whether you visit the festival to find your own unique piece of hand-crafted art, set your kids loose to enjoy the super-fun Kids Zone, eat some great food, or listen to some spectacular live
music; you’re bound to find something that will bring you back year after year,” she says.

Part of a core committee of eight people overseeing Art on the Waterfront, both Beasley and Houston emphasize that they’re always looking for more volunteers to help out with the festival. “All the help we already get from the community groups is amazing,” adds Beasley.

“And we still need sponsors more sponsors,” she adds.

Houston points out that they will hard-pressed to organize another “Art on the Greenfront” yard beautification contest in conjunction with the festival. It could be designed as a rivalry between the north and south side of the river, he suggests, adding the committee hopes to approach another third-party group with the idea.

See the full Art on the Waterfront schedule at www.artonthewaterfront.ca.

Admission to the event is free.

Below: Some photos of Art on the Waterfront, 2017.

Below:  Jumpin Joel Flash & The Magic Machine entertained on the Ottawa Special Events stage during the final day of Art on The Waterfront 2017.

Below: A clip of the closing ceremonies at the 2017 Art on The Waterfront, with some of the volunteers who joined music organizer Michael ‘tic’ Houston on stage for the finale.

Below: Some photos of the 2017 Art on the Waterfront Event