Hydro One's online outage map froze multiple times while Nation Valley News perused it for information this morning. It seems bogged down with visitors as a result of multiple outages across the province following last night's wind storm.

NATION VALLEY — Thousands of rural Eastern Ontario residents are not expected to have their power restored until late this afternoon, following last night’s wind storm.

Hydro One’s outage map — which seems to be bogged down with heavy usage — indicates that 5,300 customers in the vicinity of Russell Township and northern North Dundas alone will be without electricity until 4 p.m. this evening.

Other areas hit in the five most eastern counties of the province include an area north of Cornwall, and a swath of rural North Glengarry.

As the winds whipped up, the OPP  tweeted yesterday evening:

ADVISORY: #OPP is receiving an extremely high volume of phone calls due to the weather regarding traffic lights out, downed hydro lines, downed trees & roads being closed or blocked. Please choose alternate routes, stay off the roads and only call 911 in case of an emergency. ^aw pic.twitter.com/9IfvXYscp1

Below, the bells tolled ominously for an extended period at St. Mary’s Catholic Church in Chesterville during Friday night’s windstorm. County Rd. 7 at Morewood was closed down the next morning as crews fixed downed hydro lines. The third image in the carousel shows a damaged Coverall-type building near South Mountain. 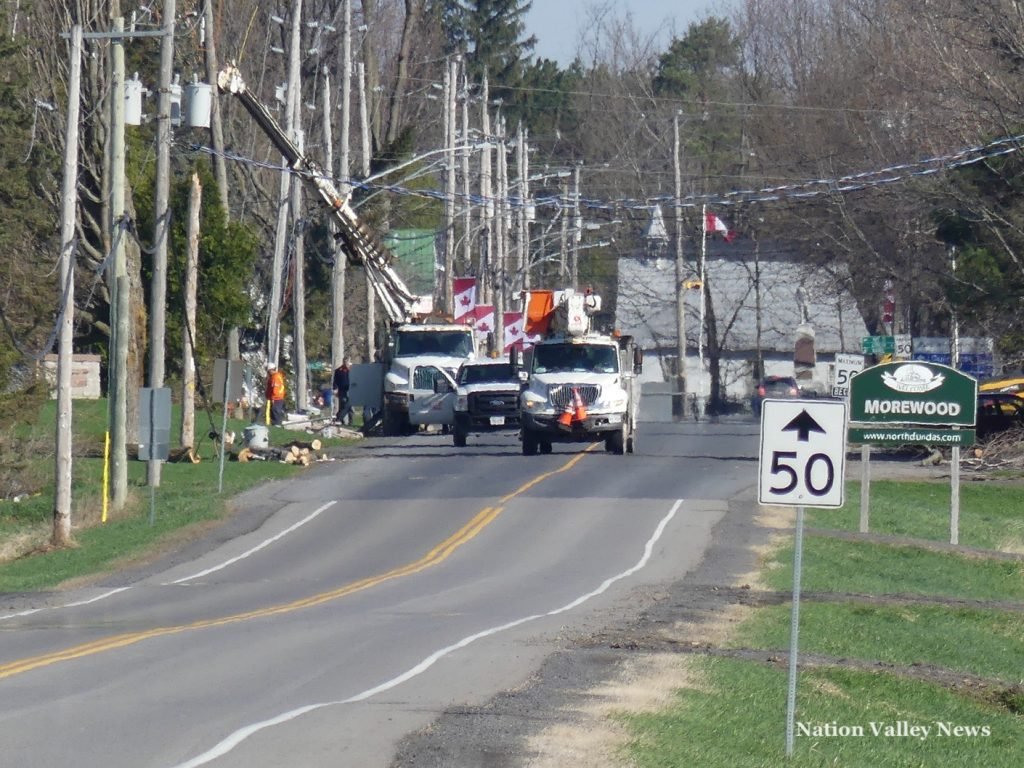 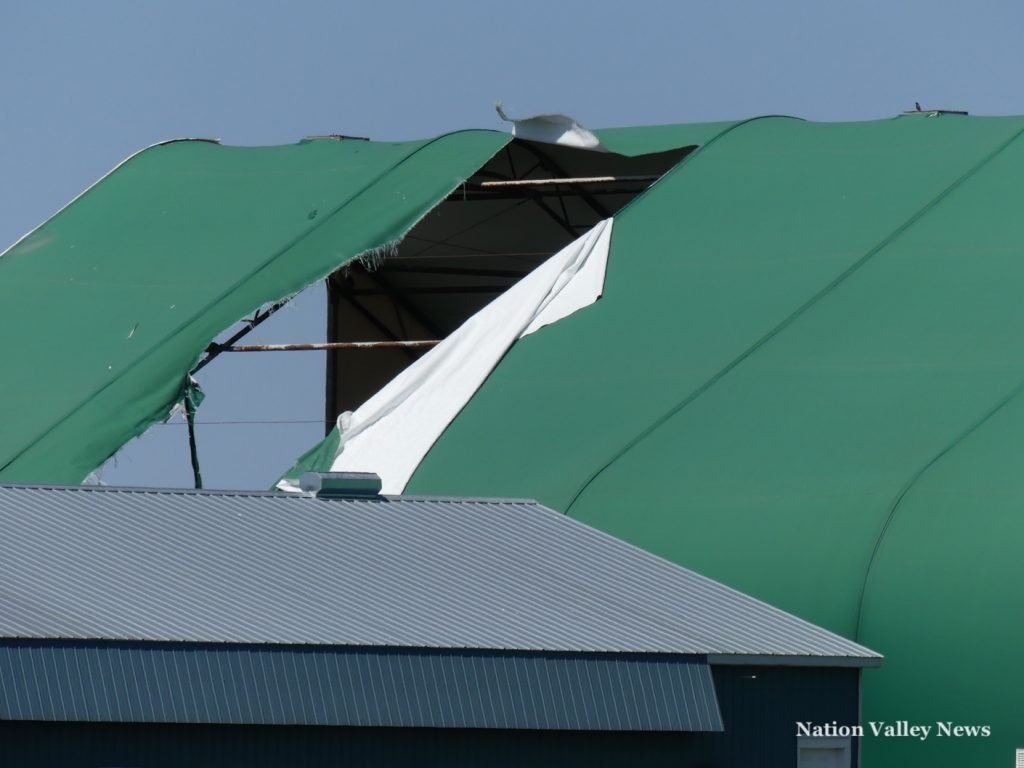