VANKLEEK HILL — Global News reports the 51-year-old transport driver has been charged with careless driving after yesterday’s crash on Highway 34.

According to media accounts, the truck rear-ended the school bus around 9 a.m., sending the bus driver and a number of students to hospital with non-life-threatening injuries.  Four of the injured children were taken away by land ambulance; an air ambulance took their driver. Nineteen other students were taken to hospital aboard another bus as a precautionary measure, according to a Facebook post by OPP East Region yesterday.

There were no injuries in two other vehicles also involved in the collision, according to media accounts. 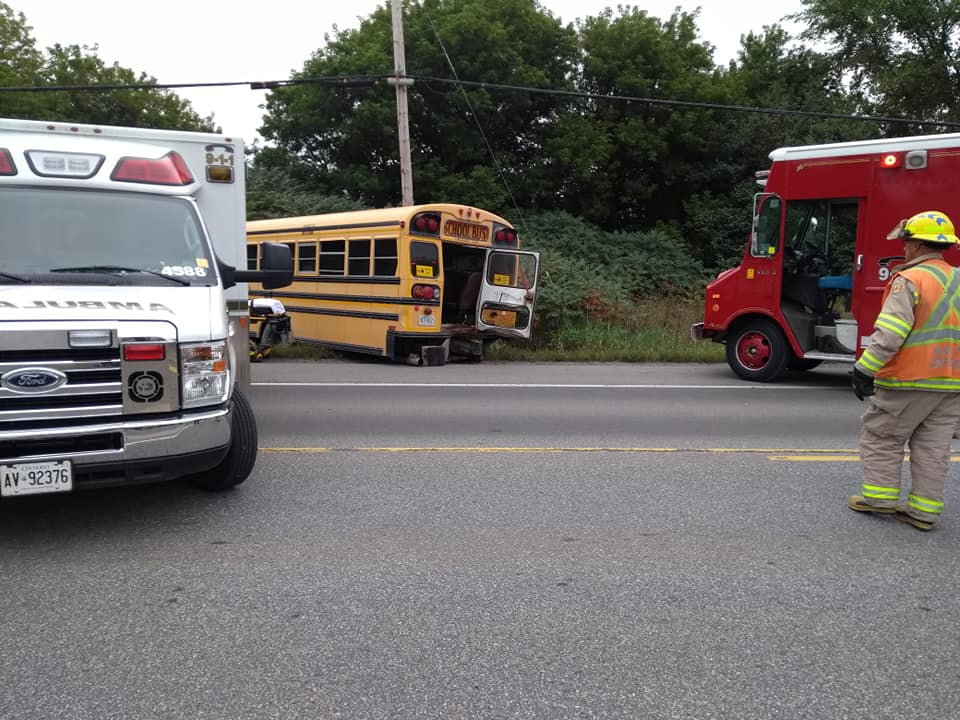